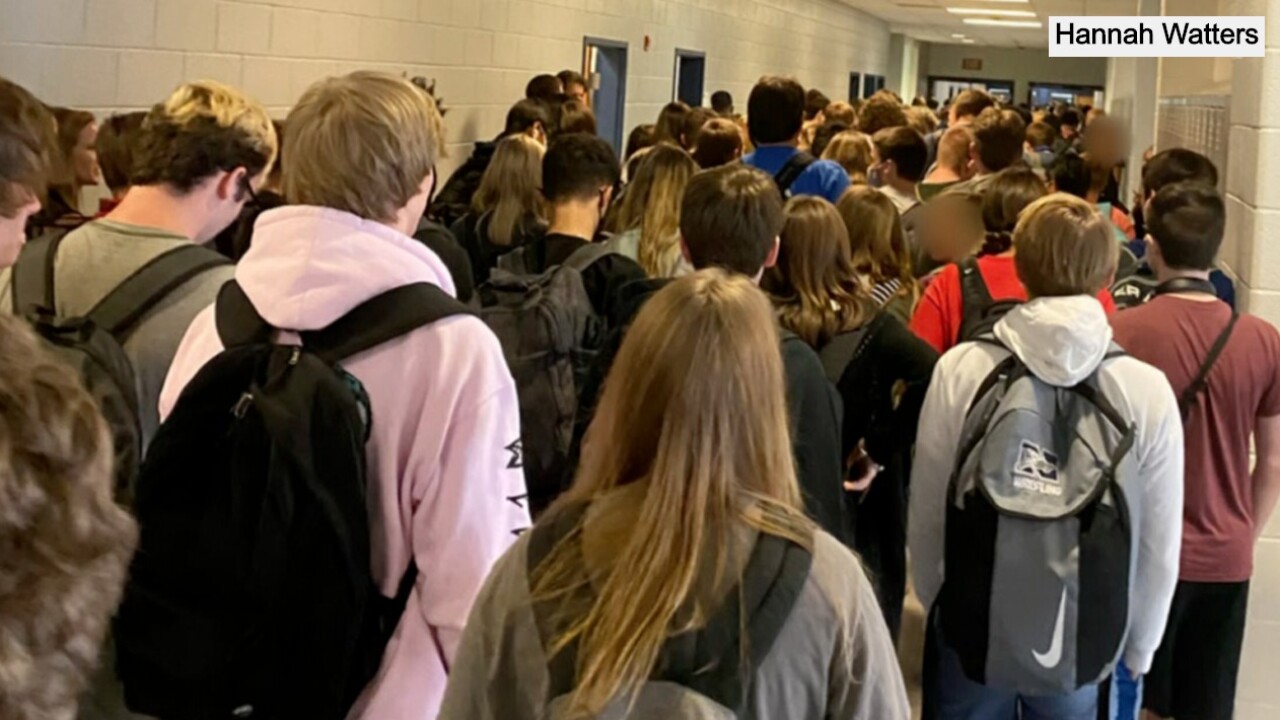 DALLAS, Ga. – A Georgia student who was suspended for posting a photo of a crowded school hallway on social media is free to return to classes.

The mother of 15-year-old Hannah Watters told The Atlanta Journal-Constitution on Friday that she spoke to the principal of North Paulding High School and he rescinded the suspension.

Watters took to Twitter Friday to thank the public for their support.

“This morning my school called and they have deleted my suspension,” she said. “To everyone supporting me, I can’t thank you enough. If I’m not responding it’s because my life has been somewhat crazy the past few days. Once again thank you.”

Earlier this week, Watters posted a photo on Twitter showing students walking down a crowded hallway. Some were wearing masks, but others were without face coverings.

While Watters admits she broke the policy about posting images of students on social media, she doesn’t regret doing so though and stands behind her actions.

Watters says she did it because she was concerned about the safety of the students, faculty and staff, as well as their loved ones.

"I'd like to say this is some good and necessary trouble," Watters told CNN. "My biggest concern is not only about me being safe, it's about everyone being safe because behind every teacher, student and staff member there is a family, there are friends, and I would just want to keep everyone safe."

In a letter to the community, the superintendent of Paulding County Schools said the photo was taken out of context.

Brian Otott wrote in part, "class changes at the high school level are a challenge when maintaining a specific schedule."

He added "students are in this hallway environment for just a brief period as they move to their next class."

Schools across the globe are grappling with how to provide an education to students while also keeping them safe. Some are opting to only use virtual learning techniques, others are deciding to bring kids back with restrictions and many have designed hybrid plans of the two options.

A 15-year-old student in Georgia was suspended after posting a photo of a crowded hallway at her school on social media. Hannah Watters says many students were not wearing masks.

“I took it out of mostly concern and nervousness after seeing the first days of school.” pic.twitter.com/yZgZ4JsydF