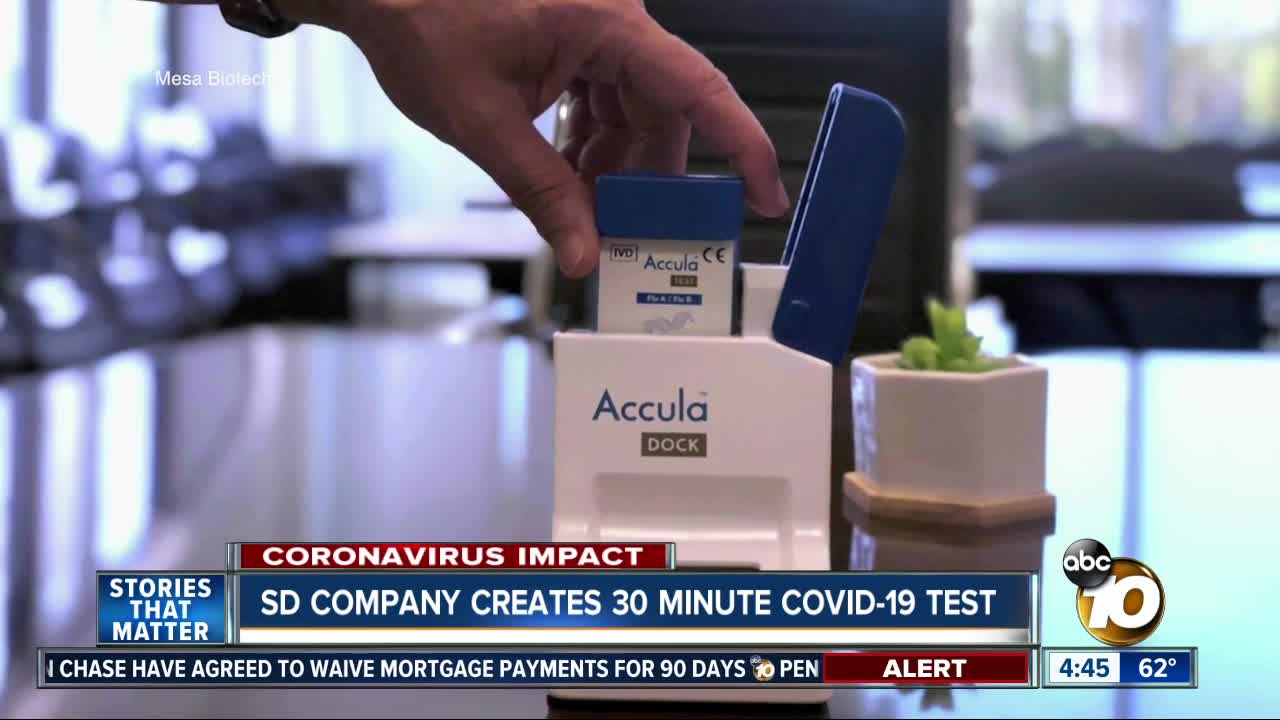 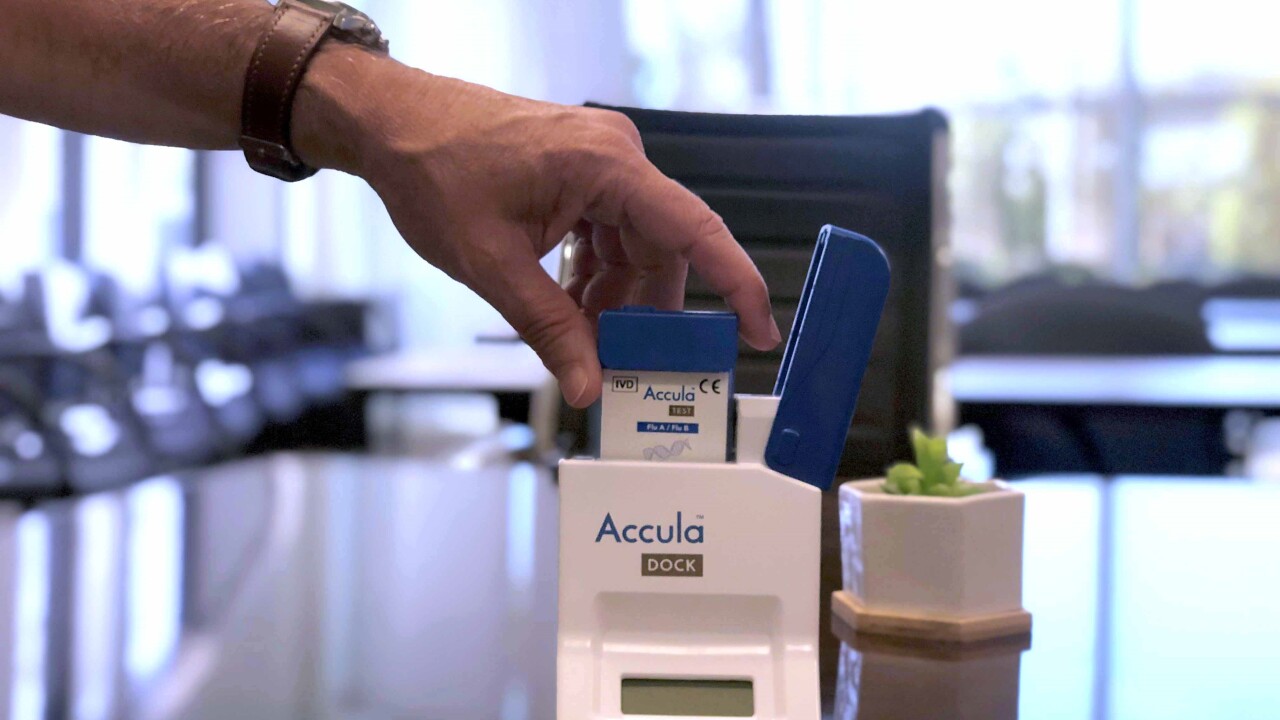 SAN DIEGO, Calif. -- Mesa Biotech has received FDA approval for its rapid COVID-19 tests that can produce results in about half-an-hour.

“Our first kits are going out today to some of the health systems, county health departments, to validate the performance against the existing testing,” said Laura Dullanty, a marketing manager at the San Diego-based company.

Dullanty said it will still take a few weeks before they will be able to deploy them widely to the health care providers who have requested the tests.

One of the issues has been purely logistical.

“In a typical manufacturing line there are a lot of people really close together. Even that's been a challenge to plan that,” said Dullanty. “We’re staggering shifts, taking time in between, cleaning the area well.”

Right now, most tests are performed on-site and then sent to a lab for processing. It can take several days or longer before a patient knows the results.

The Mesa Biotech rapid test is based on the same PCR technology, but can be performed and processed at the point of contact, such as a hospital, urgent care clinic or a cruise ship infirmary.

“We’re estimating having 5,000 - 10,000 a week,” said Dullanty on their production estimates. “Our discussion now that we are authorized is how do we scale that up?”

The first batch should be shipped to providers in the next few weeks but it’s up to the health care systems to decide how and when to use them.

“There are some critical patients that maybe need the answer sooner. They are going to screen them in the ER. If it's a negative, they can release them and free up the hospital bed a day sooner,” Dullanty explained.

This story was originally published by Matt Boone at KGTV.