Ten-year-old D'Mya Newton was ecstatic when she found out she'd be able to play basketball this summer. However, after playing several games in mid-June, she began to feel sick and doctors diagnosed her with COVID-19. Her mother believes she contracted it at the tournament. 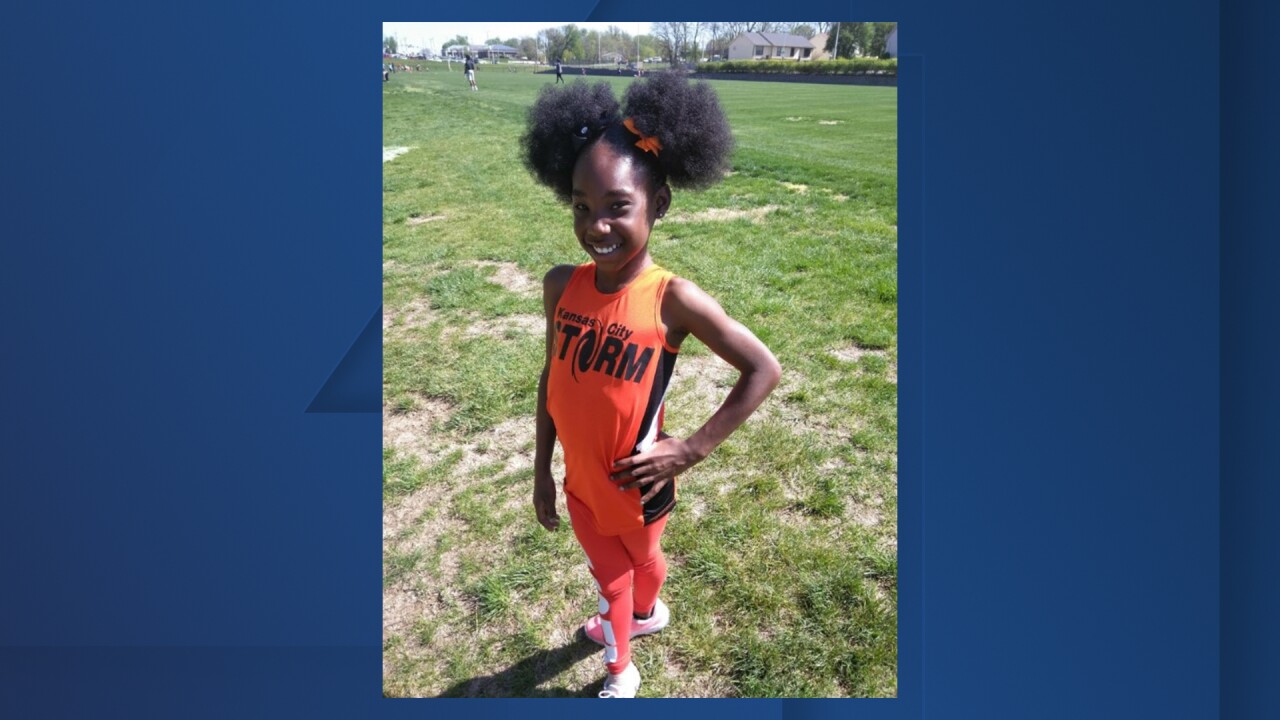 Ten-year-old D'Mya Newton was ecstatic when she found out she'd be able to play basketball this summer.

"She was in the garage all day just putting up shots," said Brittney English, D'Mya's mom.

However, after playing several games in mid-June in a suburb of Kansas City, she began to feel sick.

"Once we took her to the hospital, they gave her an IV of saline solution and Motrin," English said.

Her mom said Newton has some health issues, and wanted to take her to the hospital as her fever rose.

41 Action News spoke with English over Zoom as the family is in quarantine. She said she believes her daughter got the virus from the KC Premiere Basketball tournament.

"She was feeling fine before we attended the basketball game on Sunday," English said. "She is the one that is always cleaning her hands, washing her hands and using the hand sanitizer."

The Platte County Health Department said it alerted families that had close contact with the player who tested positive. The department also said it worked with the tournament director to conduct contact tracing.

The director said four teams were alerted within hours of knowing about the positive COVID-19 case.

Doctors said it is dangerous when parents send their kids back to the court.

"They are absolutely putting their kids at risk. You have to weigh the risk versus the benefit. The benefit is up to the parent and up to the kid," said Dr. Simon Clark, an emergency physician at Overland Park Regional. "Of course they want to get back to action and sports. The risk is definitely there."

A question many parents have is if they should let their kids play or keep them at home.

"I can't really advise whether or not it's a good idea. I think the risk is there. I kind of have to defer to the local health department's experts. I can just say the risk is there," Clark said.

"Just looking at the signs when they come home. If they are tired, if they are fatigued or anything like that, just be aware," English said.

"I can tell you that public health officials have conducted contact tracing with any close contacts of the person who initially developed symptoms and tested positive, and have been in touch with the team directors/coaches to advise their players on self-quarantine procedures and monitoring for symptoms," said Janell Friesen, spokesperson for the Wyandotte County Health Department.

Several health departments around the area said they are not seeing COVID-19 outbreaks in children from playing sports.

A spokesperson with the school said they have no information that would indicate that their diagnoses were related to playing sports at the school.

KC Premiere has listed the precautions being taken due to COVID-19 on its website.

This story originally reported by Jordan Betts on kshb.com.