After Alexandra LittleJohn lost her barista job due to the pandemic, she used her restaurant connections to help source local produce meant for restaurants that would have gone to waste. Instead, she sells it at a farmer's market or donates it to those in need. 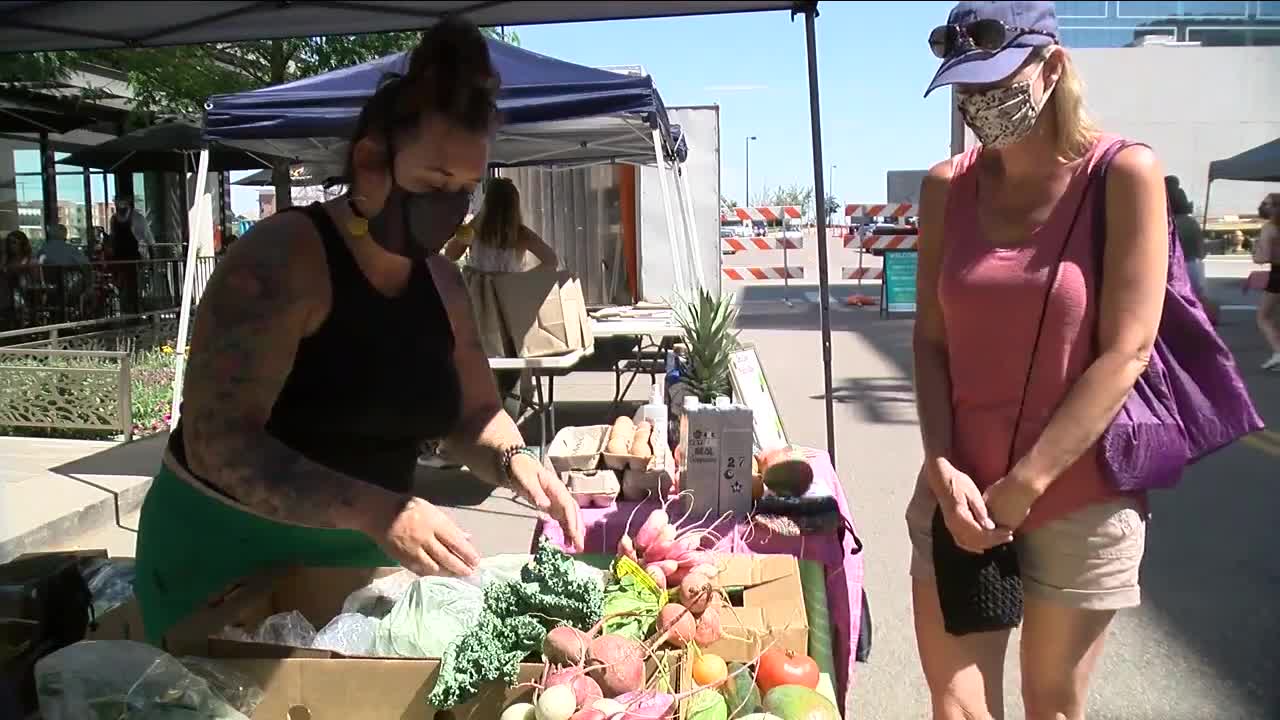 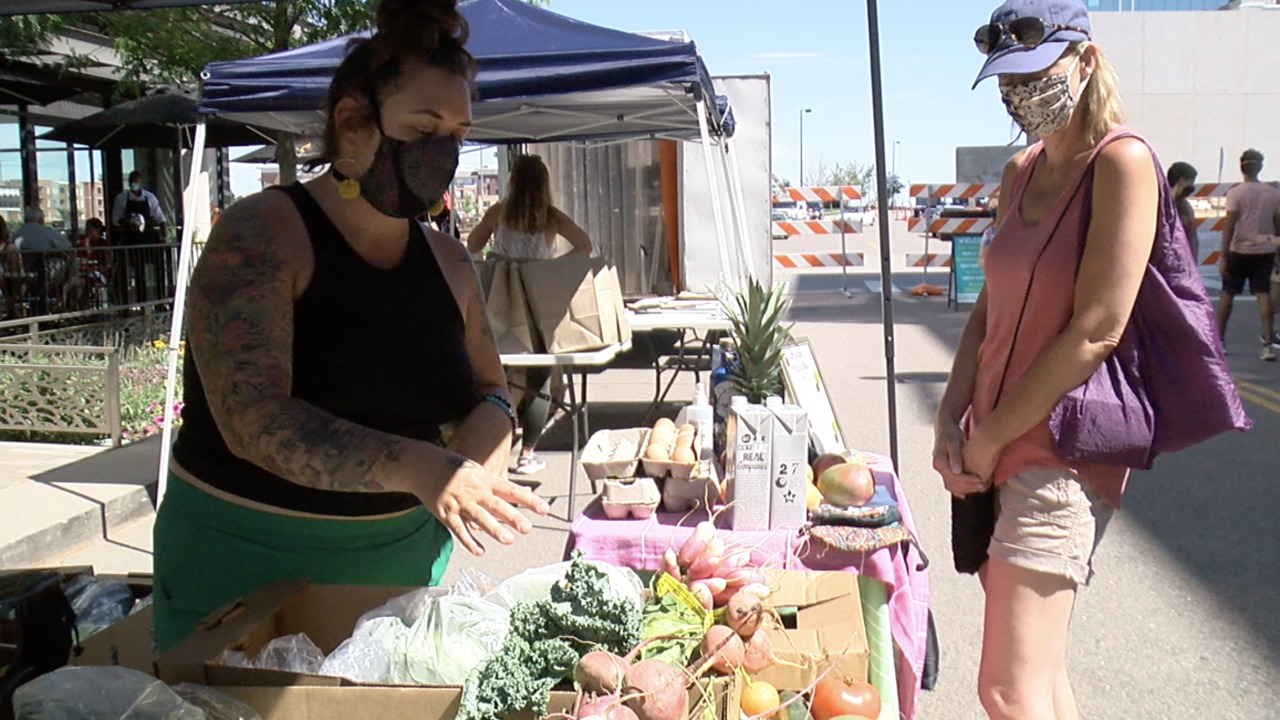 DENVER — Farmers' markets have begun to return after a lengthy COVID-19 shutdown — and at the One Belleview Station Farmers' Market in Denver, a laid-off restaurant worker is doing her part to get fresh produce to those that need it.

Alexandra LittleJohn lost her job as a barista due to the pandemic. But she used her restaurant connections to buy produce boxes for co-workers.

"Once I got laid off, people just started sending me money and said we wanted to donate a box. So I found a way to donate the boxes," she said.

Her work evolved into the LittleJohn Produce Box Project. Using restaurant suppliers, she's boxing up fresh vegetables to be sold and donated amid the pandemic.

"This is a produce box project that was founded out of COVID-19," LittleJohn Produce said. "I never thought I'd be slinging produce at the farmers market in a pandemic."

She started selling the boxes online and at farmers' markets, like the one at Belleview Station. She fills the boxes with locally-grown produce from Fresh Guys Produce that would usually be sold to restaurants, but due to the pandemic, it's not.

"It would just go to waste, and the farmers wouldn't be getting their full price for them," LittleJohn said.

LittleJohn wanted to help farmers, the local produce companies, and, of course, the people who needed fresh food.

"We use some of the profits for operating expenses like buying a banner, getting a tent, or paying for gas, but then we also buy boxes to give back to other people," LittleJohn said.

They have sold almost 800 boxes so far, and with the help of sponsors, they've donated over 350 boxes.

LittleJohn says she's applying for 501(c)(3) status to get grants and do even more.

"It makes me feel like I'm contributing in a positive way to just get us through this. We're all in this together," she said.

This story was originally published by Sean Towle on KMGH in Denver.