Congressmen from Florida cracking down on animal cruelty 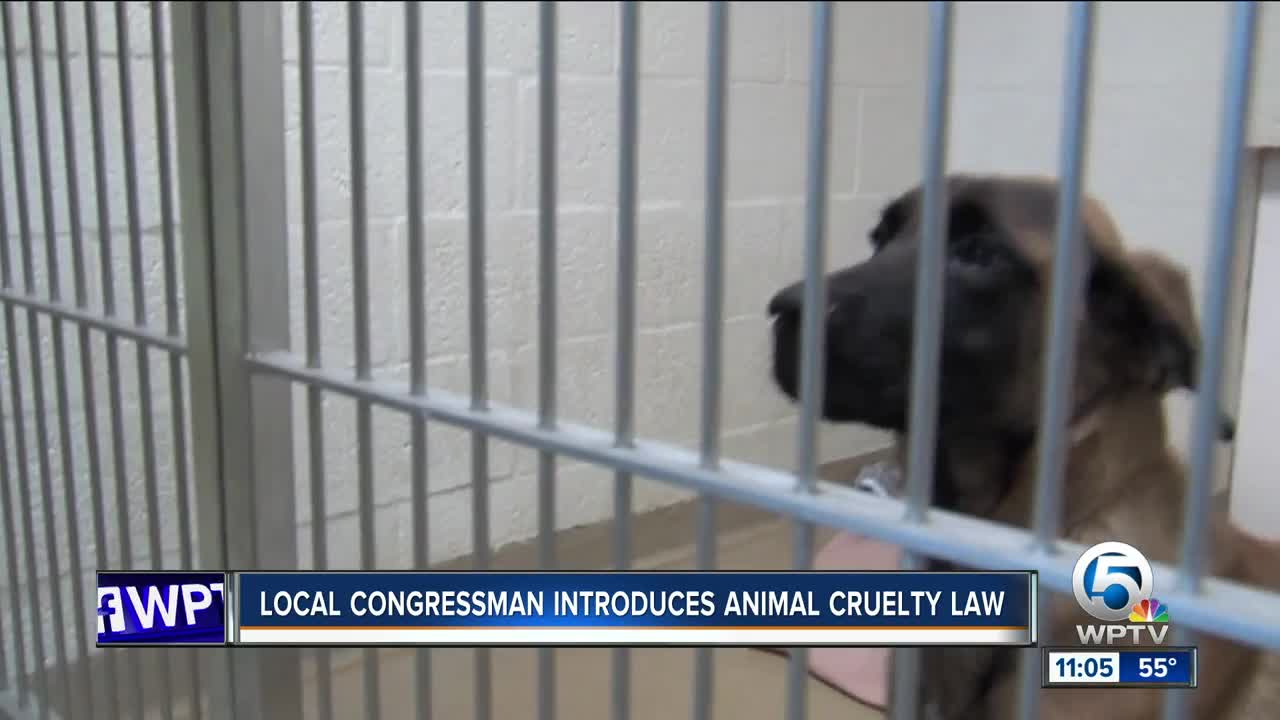 A pair of Congressmen from Florida want to make animal cruelty a federal crime.

Rep. Ted Deutch, whose district represents parts of Palm Beach and Broward Counties, is one of the main sponsors of the Preventing Animal Cruelty and Torture Act, or PACT, along with Rep. Vern Buchanan of Sarasota.

If passed by Congress, anyone who engages in animal crushing, burning, drowning, suffocation, impalement, or other serious bodily injury could be charged with a federal felony.

"This is commonsense, bipartisan legislation to bring some compassion to our animal laws," Rep. Deutch said. "For many Americans, animal welfare is an important policy issue, and the idea of animal abuse is abhorrent."

The charge would carry a maximum sentence of seven years in prison.

"The torture of innocent animals is abhorrent and should be punished to the fullest extent of the law," said Rep. Buchanan. "Protecting animals from cruelty is a top priority for me and I look forward to working with Congressman Deutch on this important issue."

The Congressmen mentioned the 2010 Animal Crush Video Prohibition Act, which made the creation, sale, and distribution of animal abuse videos illegal, as a jumping off point for their legislation.

The Humane Society, National Sheriffs' Association, and the Fraternal Order of Police have all endorsed PACT.

The Senate passed an identical bill during the last session of Congress.