Man accused of carrying out shooting at Maryland newspaper indicted 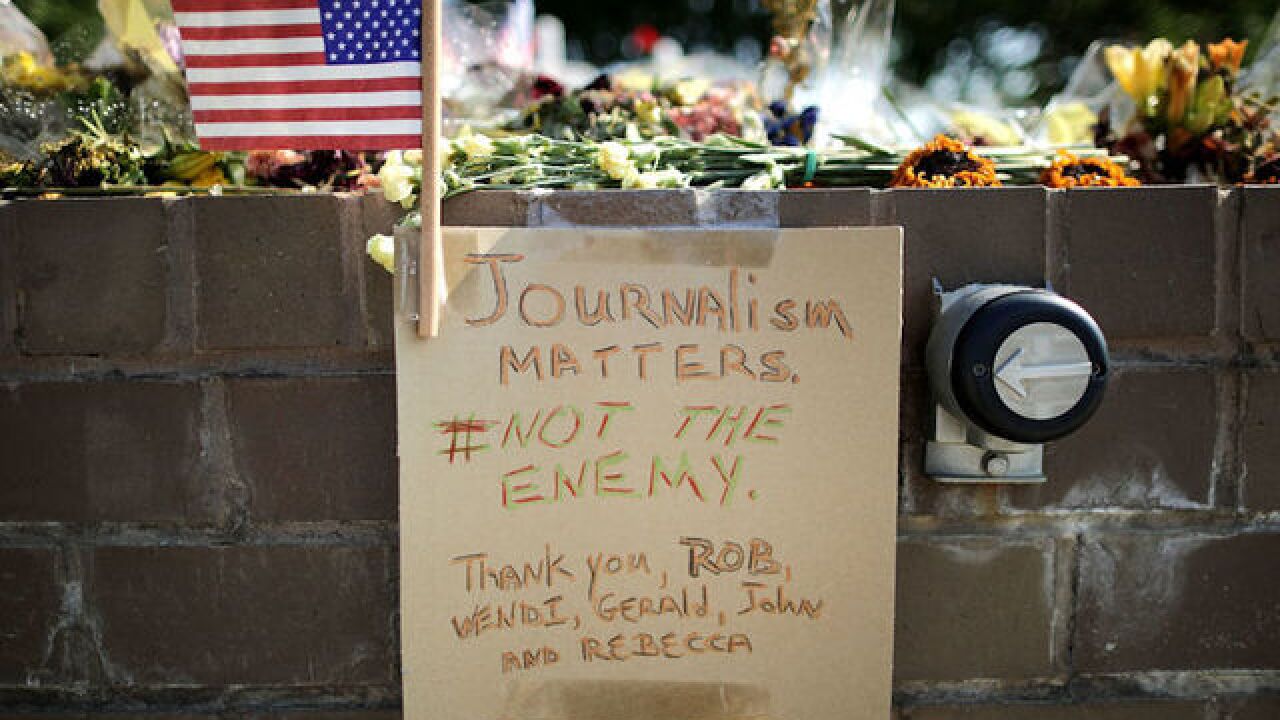 Image copyright 2018 Getty Images. All rights reserved. This material may not be published, broadcast, rewritten, or redistributed.
Chip Somodevilla
<p>Flowers and hand-written notes and signs are placed at a makeshift memorial outside the Annapolis Capitol Gazette offices for the five employees killed by a gunman last week July 2, 2018 in Annapolis, Maryland. The five victims were Gerald Fischman, 61, an editorial editor; Rob Hiaasen, 59, an editor and columnist; John McNamara, 56, a sports reporter and editor; Wendi Winters, 65, a news reporter and columnist; and Rebecca Smith, 34, a sales assistant. Police arrested Jarrod Ramos, 38, in the paper's newsroom and he is being held without bond on five counts of murder. </p>

The man accused of carrying out last month's deadly shooting at a Maryland newspaper has been indicted on five counts of first-degree murder, according to the prosecutor.

In addition to the five murder charges, Ramos faces a count of attempted first-degree murder and 17 other assault and weapons charges.

The attack took place a few years after Ramos had unsuccessfully sued the newspaper for defamation. An article in the paper had chronicled Ramos' harassment of a former classmate on social media.

Ramos pleaded guilty to a harassment charge, according to court documents.

CNN's attempts to reach Ramos' attorney for comment were unsuccessful.