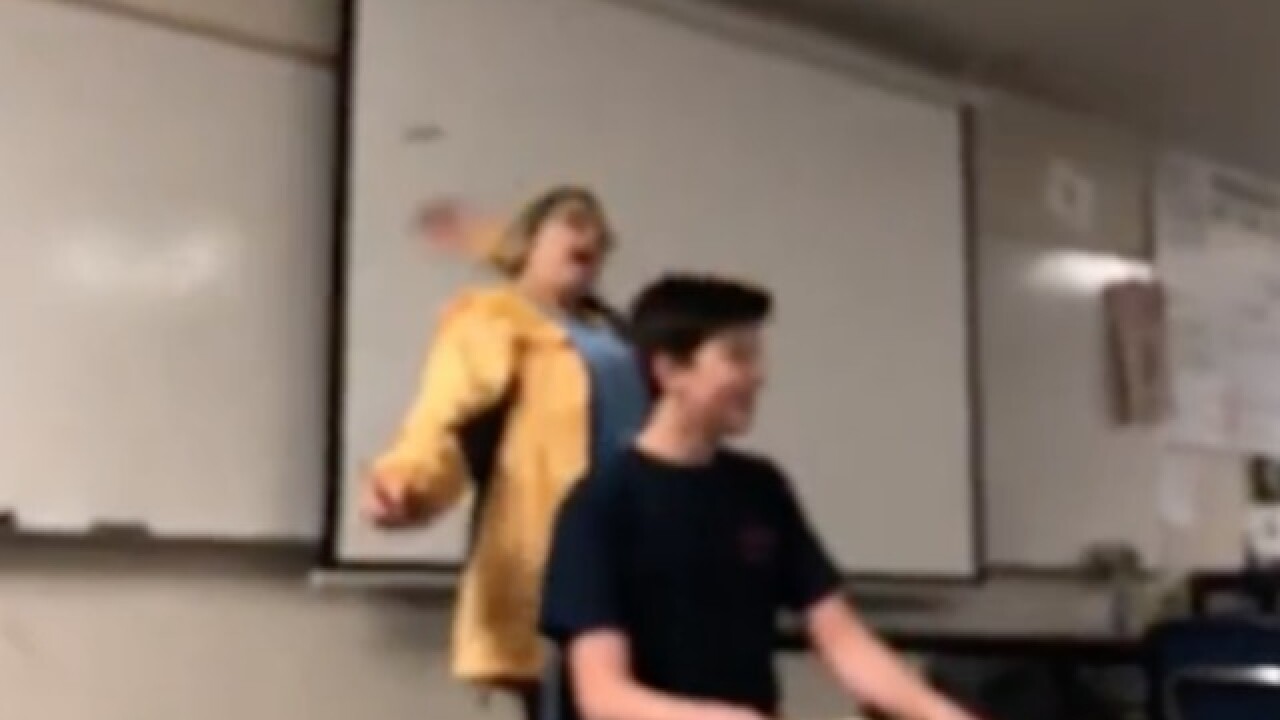 Copyright 2018 Scripps Media, Inc. All rights reserved. This material may not be published, broadcast, rewritten, or redistributed.
<p>A California teacher was arrested Wednesday after she was seen on video siging the national anthem while cutting a students' hair. (<a href="https://www.reddit.com/user/Logan_1002">u/Logan_1002</a>/Reddit)</p>

A California teacher was arrested Wednesday after a video posted to Reddit shows her cutting students' hair while singing the "Star-Spangled Banner."

Margaret Gieszinger, 52, was arrested and changed with abandonment and neglect of children.

According to NBC News, Gieszinger is a teacher at University Preparatory High School in Visalia, California. The video shows Gieszinger in a classroom, cutting chunks of hair from a male students' head and throwing it behind her as she sings the national anthem.

After cutting the boys' hair, she threatens to cut other students' hair.

The College of the Sequoias Chief of Police confirmed to NBC News that the video was the reason for the arrest.

Gieszinger is currently being held in the Bob Wiley Detention Center in Tulare County, California on $100,000 bond. She has a court appearance scheduled for Friday.

My buddies teacer forcefully cut his hair... from r/visalia