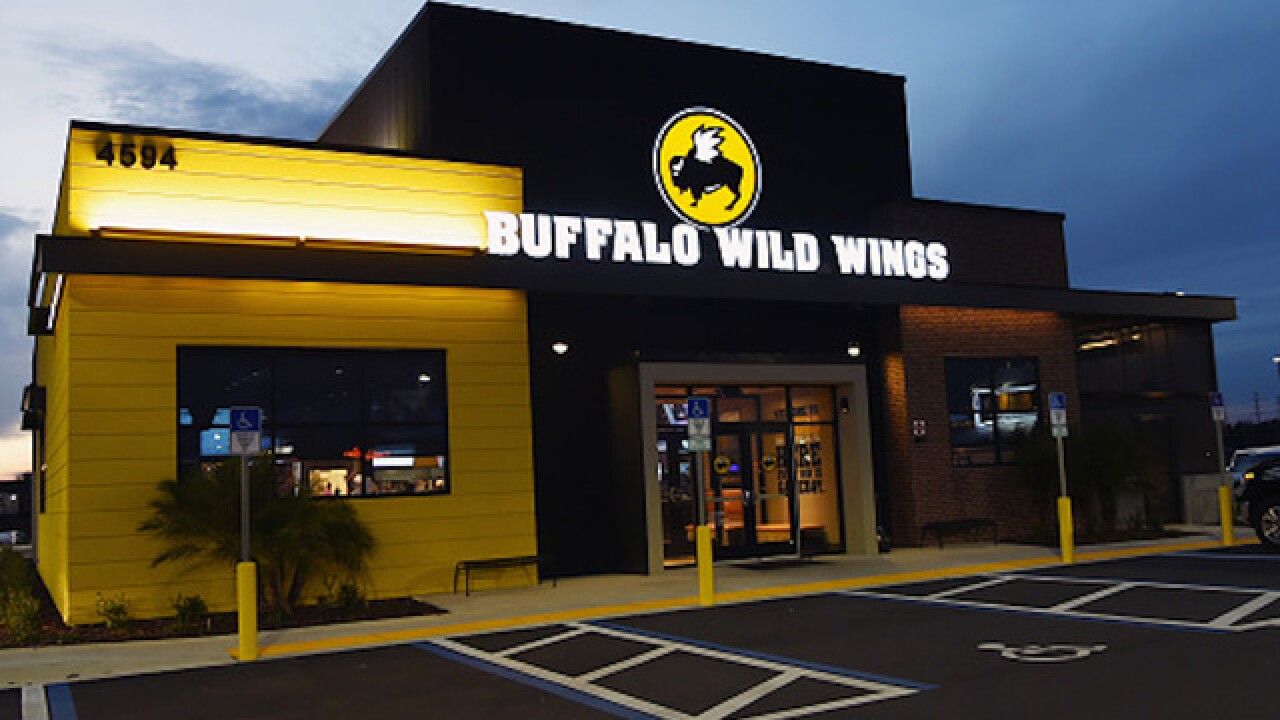 The sports bar chain, which has about 1,200 restaurants in all 50 states, said it is exploring the possibility of offering sports wagering now that the Supreme Court has opened the door for states to legalize sports betting.

"As the largest sports bar in America, we believe Buffalo Wild Wings is uniquely positioned to leverage sports gaming to enhance the restaurant experience for our guests," a company spokesperson said Thursday. "We are actively exploring opportunities, including potential partners, as we evaluate the next steps for our brand."

Three states -- New Jersey, Delaware and Louisiana -- have legalized sports gambling since the Supreme Court decision in May. Before the ruling, Nevada was the only state where it was legal to bet on sports.

Many other states are considering legislation that will allow for sports betting in the hopes of cashing in on what could be a multibillion-dollar industry.

"We're still waiting for state legislatures and regulators to hash out licensing rules, so it's unclear how they'll [Buffalo Wild Wings] have opportunity to participate," said John Decree, head of North America equity for Union Gaming, a boutique investment bank that focuses on the gaming industry.

Current there are 43 states with some type of legal casino. But even states without casinos could move to allow sports gambling.

Decree said that he thinks it's likely that Buffalo Wild Wings will partner with an established casino or other sports betting entity, rather than try to get licenses on its own as states move to allow sports wagering.

"It'll be hard for them to try to get licensed in every state that allows it. There's a lot of legal costs and time involved," he said.

Much of the coming boom in sports gaming is expected to take place online, especially on mobile apps, meaning that many customers watching games at a Buffalo Wild Wings will be able to place bets at a variety of sports books in their states.

Decree said it's likely that some states that allow online wagering will require people to put money on their account in person and using cash, rather than using a credit card.

In that case, Buffalo Wild Wings could reach an agreement with some sports books that would allow people to put money on their account in one of their restaurants.

"That alone can generate a lot of foot traffic," he said.

Buffalo Wild Wings was purchased for $2.9 billion earlier this year by privately-held Arby's.