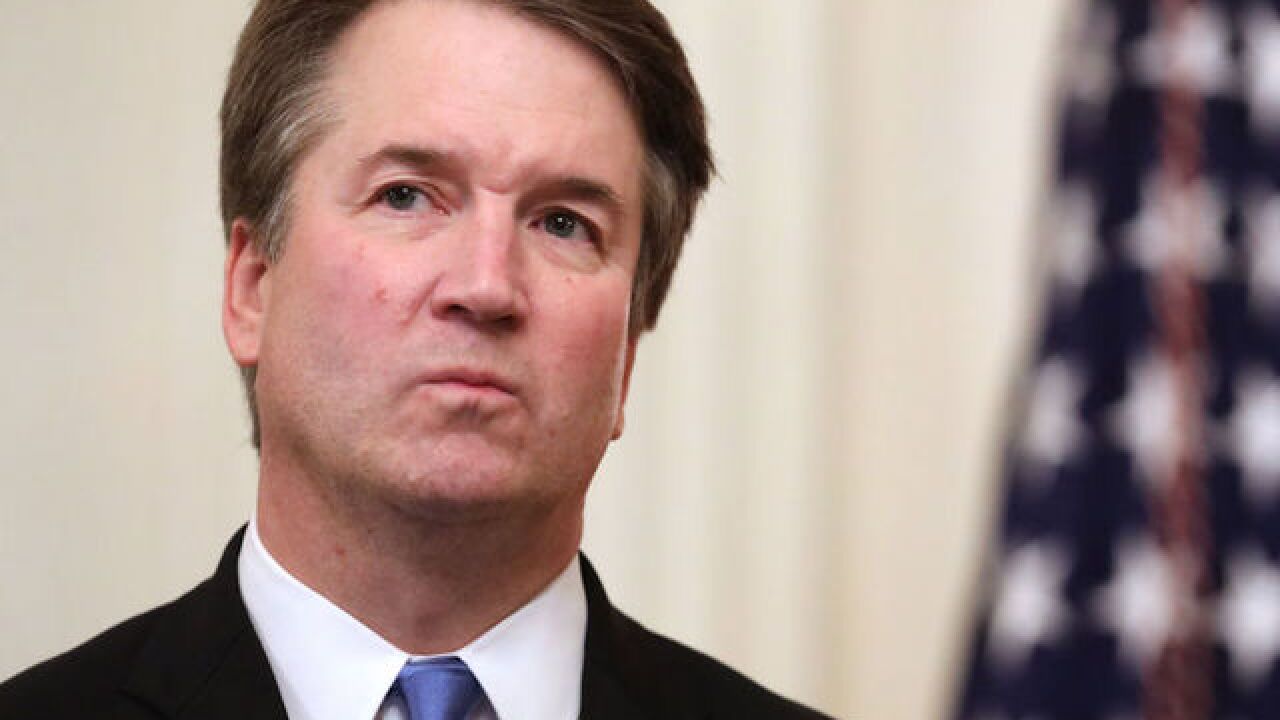 Image copyright 2018 Getty Images. All rights reserved. This material may not be published, broadcast, rewritten, or redistributed.
Chip Somodevilla
<p>U.S. Supreme Court Associate Justice Brett Kavanaugh attends his ceremonial swearing in in the East Room of the White House October 08, 2018 in Washington, DC. Kavanaugh was confirmed in the Senate 50-48 after a contentious process that included several women accusing Kavanaugh of sexual assault. Kavanaugh has denied the allegations.</p>

Saturday, October 20 is turning into a battle of other worldly powers as an occult store in Brooklyn, New York prepares to host a ritual to "hex" newly appointed U.S. Supreme Court Justice Brett Kavanaugh. In response, an exorcist in California will be hosting a regularly scheduled mass and will pray for the justice to protect him from " a conjuring of evil."

Catland Books in Brooklyn describes their event as "a public hex on Brett Kavanaugh, upon all rapists and the patriarchy at large which emboldens, rewards and protects them."

According to the Facebook page for the event, more than 16,000 people are attending.

The group reportedly has already held three hexes on President Donald Trump, so the intersectionality of politics and witchcraft is not something new for the metaphysical store.

“It’s an act of solidarity, of letting people know that you’re not alone with the monsters,” said Dakota Bracciale, the co-owner of Catland Books, in an interview with Newsweek . “Just because you don’t follow generally accepted mainstream faiths doesn’t mean you can’t have camaraderie."

While social media may be buzzing in anticipation of the hex, Father Gary Thomas of the Diocese of San Jose, Califorinia is "appalled" at the idea, according to the National Catholic Register .

According to a statement from the diocese, Thomas will be praying for Kavanaugh during today's mass. The full statement reads:

In addition, Father Thomas never said that the gathering was being led by a Satanic cult. He made comments about Satanic cults, but those comments don’t apply to the group placing the hex on Justice Kavanaugh because this group refers to themselves as a coven, not a cult.

Kavanaugh's nomination to the Supreme Court has been a source of contention as the justice was accused of sexual assault, drawing ire from politicians ,  protesters ,  old classmates and celebrities as his confirmation was pushed through.

The hex wil take place at 7-10 p.m. ET at the Catland store in Brooklyn, New York. Tickets are $10 but the event is sold out. Half of the proceeds are going to the Ali Forney Center , a nonprofit that helps homeless LGBTQ youth, and Planned Parenthood .

Can't make it? Catland is hosting an additional hex on November 3 due to the popularity of today's event.

Susan Gonzalez is a digital producer and reporter for the E.W. Scripps national team. You can follow her on Twitter @TheNewsan .