Dramatic 360-degree body cam footage shows the moment an officer in Georgia struck by an oncoming train while he searched for a robbery suspect. Miracuously, the officer only suffered a concussion and a few broken bones and was released from the hospital. 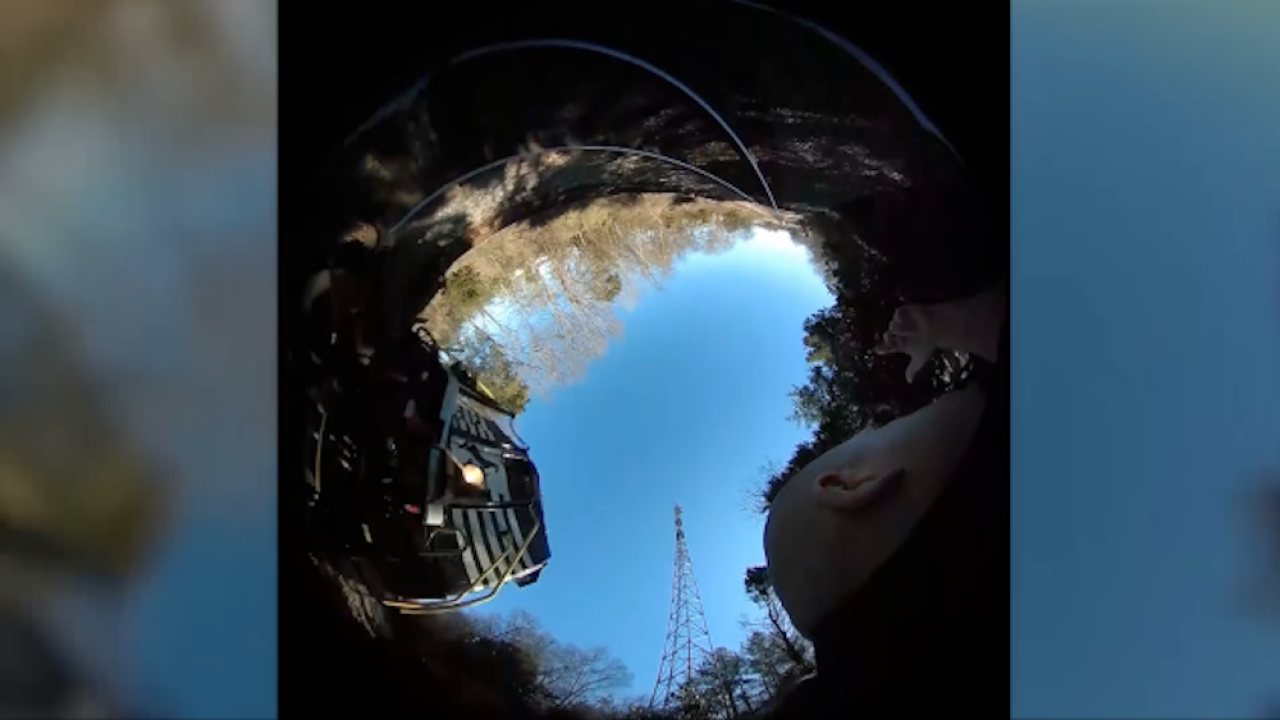 Police in Georgia released body camera video showing the moment an officer was hit by a train while on duty.

The moment of impact was recorded on the officer's 360-degree body camera.

The police chief says Anderson was so focused on catching a robbery suspect that he didn't realize how close he was to the tracks.

Luckily, Anderson didn't suffer critical injuries in the accident. ABC News reports he was released from the hospital after doctors treated him for a concussion and "numerous" broken bones.

Police say the suspect, 18-year-old Jayden Moats, got away and still hasn't been arrested.