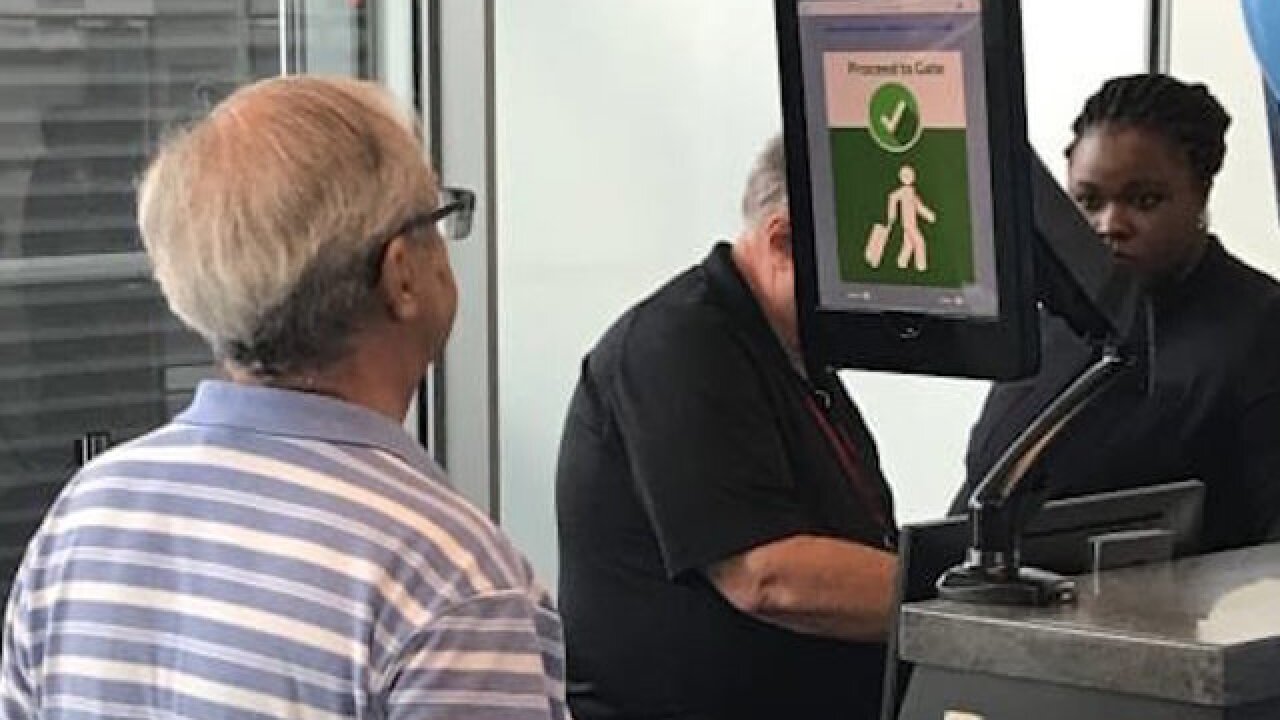 Leave your boarding pass in your bag and smile.

Some day, boarding passes will be replaced for airplane passengers by something that can't be lost, forgotten or crumpled in the bottom of a travel carry-on: the passenger's own face.

Airport and federal officials this week showed off biometric facial recognition technology designed to replace the paper boarding pass and speed up the process of boarding an international flight.

"Everybody knows how to pose for a picture," said Kevin McAleenan, the commissioner of US Customs and Border Protection.

Initially, the technology will simplify the boarding process for those heading out of the country. Instead of presenting their passport and boarding pass, passengers will stand in front of a camera. A photo will be taken and compared against photos on file in government databases which will determine if the person is a passenger on the flight and cleared to leave the country.

Officials said the photos of US citizens will be electronically compared with their passport photo, and that the picture taken at the boarding gate will be deleted within 12 hours. Non-US citizens will be compared against the photo taken when they entered the country, and the photo will be saved in a Department of Homeland Security system for foreign travelers.

John Wagner, the deputy executive assistant commissioner at CBP, said the technology is in response to a mandate from Congress that DHS develop a system for tracking foreigners' arrivals and departures from the United States.

Privacy advocates, such as the American Civil Liberties Union, have highlighted concerns that the technology could be used for expansive law enforcement purposes and that it misidentifies people, especially some racial minorities and women. McAleenan, of CBP, said the system is very reliable: "Our data is in the 98 to 99 percent range, and we are seeing no difference by race or gender."

On Thursday, officials at Dulles International Airport, located near the nation's capital, showed reporters their version of the technology. It was developed by the Metropolitan Washington Airports Authority, which runs Dulles and Reagan National airports.

He said TSA is currently testing technology that verifies the identification -- like IDs and passports -- travelers show are authentic. After reading the ID, the "secure flight database will come back and tell us which flight at what time and which terminal, and also give us a risk assessment for that passenger," he said. "It's a huge step forward."

TSA has also tested verifying travelers through their fingerprints, which are given when signing up for TSA's PreCheck program.