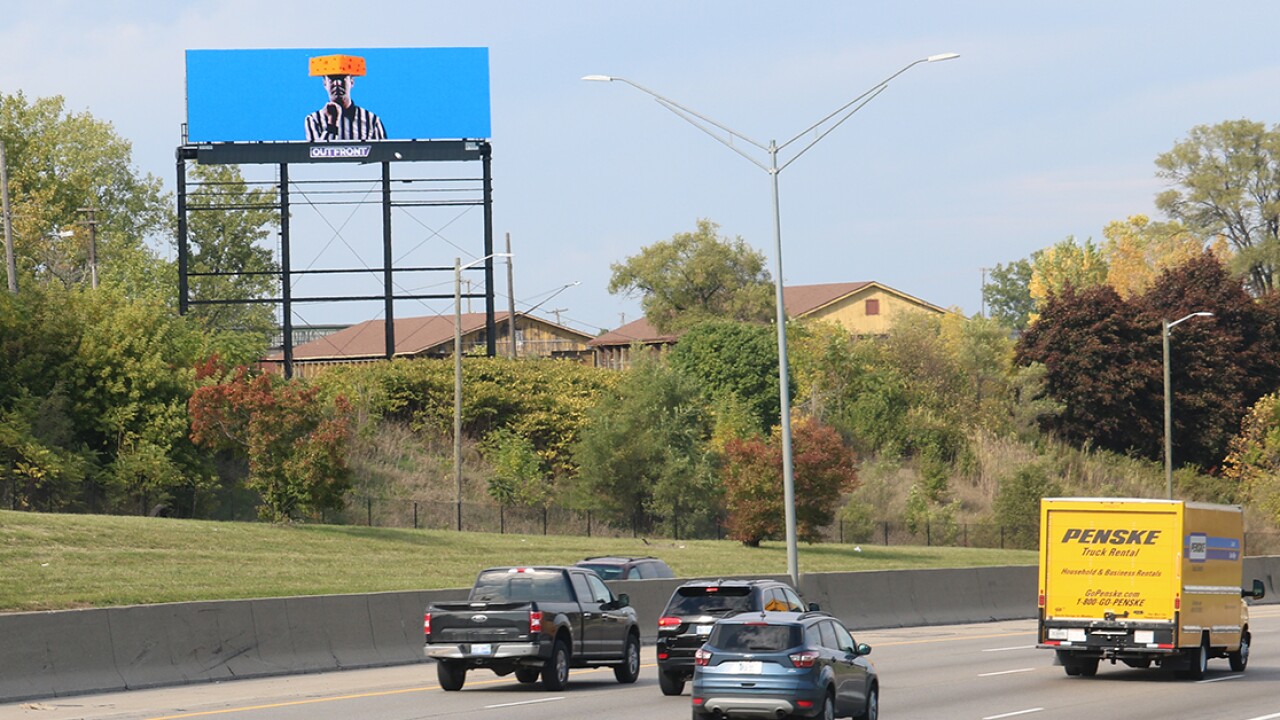 DETROIT — A group of anonymous Detroit Lions fans angry about the penalty calls in Monday night's loss to the Green Bay Packers are taking out their frustrations with a billboard.

The billboard from Outfront Media features a referee doing the "hands-to-the-face" gesture while also wearing a cheesehead.

According to Outfront, the billboards are running along major highways in metro Detroit. Those include:

The billboards are running through the end of the week, and it's from the same group of anonymous fans who purchased a billboard against the refs in 2015.

This story was originally published by Max White on WXYZ.