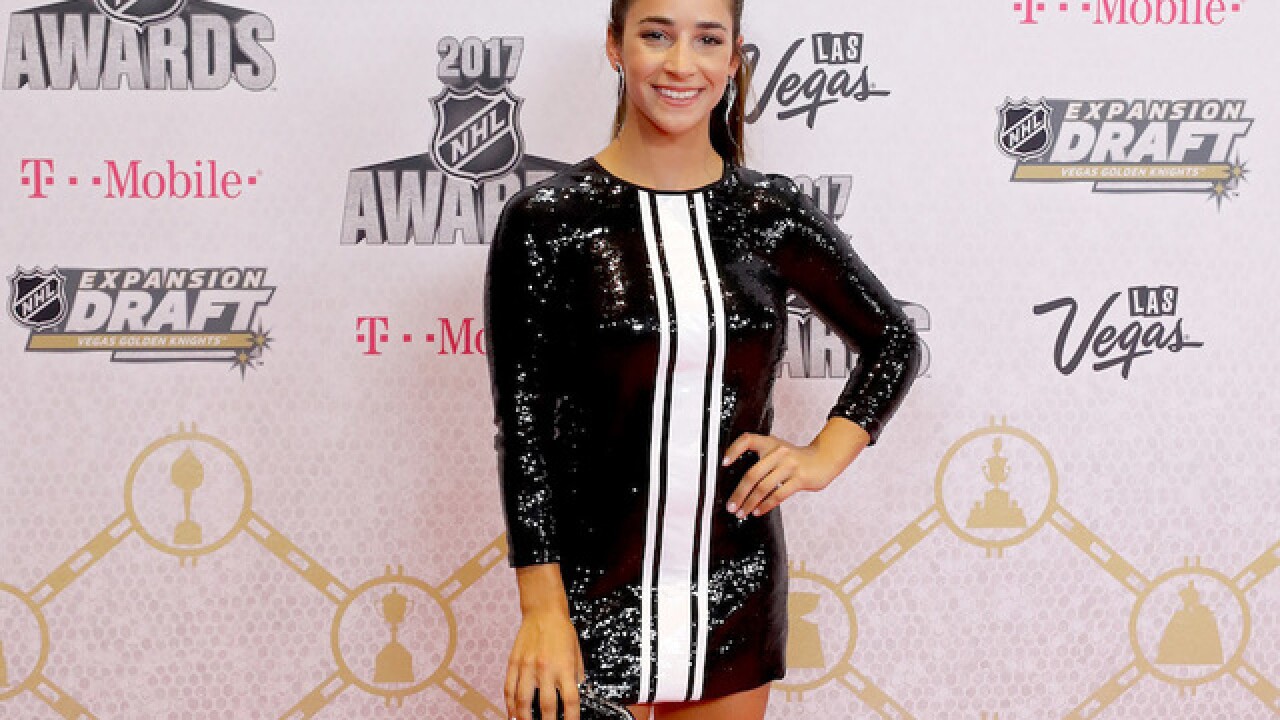 Three-time gold medal gymnast Aly Raisman was sexually abused by former USA Gymnastics doctor Larry Nassar and is "angry" about the culture that allowed the abuse to go on, she said in an interview with "60 Minutes."

Raisman, now 23, was a star gymnast on the 2012 and 2016 US Olympic teams, earning six medals overall. She said that she was first treated by Nassar when she was 15 years old.

"Why are we looking at why didn't the girls speak up?" Raisman said in a short clip released by 60 Minutes. "Why not look at what about the culture? What did USA Gymnastics do, and Larry Nassar do, to manipulate these girls so much that they are so afraid to speak up?"

"I am angry. I'm really upset because it's been -- I care a lot, you know, when I see these young girls that come up to me, and they ask for pictures or autographs, whatever it is, I just -- I can't -- every time I look at them, every time I see them smiling, I just think -- I just want to create change so that they never, ever have to go through this."

Raisman is the second member of the famed "Fierce Five" team of American gymnasts to speak out about Nassar, the former team doctor who has been charged with various counts of sexual misconduct and child pornography.

Last month, under the "#MeToo" hashtag, McKayla Maroney said Nassar sexually abused her under the guise of providing "medically necessary treatment." That "treatment" began when Maroney was 13 and continued through her stellar performance at the 2012 Olympics.

"It seemed whenever and wherever this man could find the chance, I was 'treated.' It happened in London before my team and I won the gold medal, and it happened before I won my silver," Maroney wrote.

Maroney described one incident with Nassar as "the scariest night of my life," and she encouraged others to come forward and speak about their experiences.

"Is it possible to put an end to this type of abuse? Is it possible for survivors to speak out, without putting careers, and dreams in jeopardy? I hope so," she wrote. "Our silence has given the wrong people power for too long, and it's time to take our power back.

"And remember, it's never too late to speak up."

WATCH PART OF THE INTERVIEW:

Nassar also pleaded guilty in July to federal charges of receiving child pornography, possessing child pornography and to a charge that he hid and destroyed evidence in the case. The guilty plea was part of an agreement with the western Michigan US Attorney's Office and was formally entered in federal court in Grand Rapids. His sentencing on the federal child pornography charges is scheduled for November 27.

In July, Nassar's attorneys, Matthew Newburg and Shannon Smith, declined to comment to CNN on the guilty plea, but issued a brief statement about the state charges he also faces.

"Dr. Nassar's position on the state cases has not changed and we intend to proceed to trial. The plea today was negotiated only to resolve the federal charges," their joint statement reads.

Reached on Friday, Newburg said he did not have a comment on Raisman's allegations.

In a statement, USA Gymnastics praised Raisman's dedication and determination to succeed and her willingness to speak out.

"In the last year, Aly has become an advocate for many issues, and sharing her personal experience of abuse takes great courage," USA Gymnastics said. "We are appalled by the conduct of which Larry Nassar is accused, and we are very sorry that any athlete has been harmed during her or his gymnastics career."

"Aly's passion and concern for athlete safety is shared by USA Gymnastics," the organization added. "Our athletes are our priority, and we are committed to promoting an environment of empowerment that encourages speaking up, especially on difficult topics like abuse, as well the protection of athletes at all levels throughout our gymnastics community."

In light of the sex abuse scandal, USA Gymnastics adopted a series of reforms in June that it said will better prevent and respond to future cases of abuse. All members are now required to report suspected sexual misconduct, and adults kicked out of a club will be tracked in a database to prevent future abuse.

"We are committed to doing what is right, and we want to work with Aly and all interested athletes to keep athletes safe," USA Gymnastics said.