After losing both back legs, vets built turtle a very fancy wheelchair 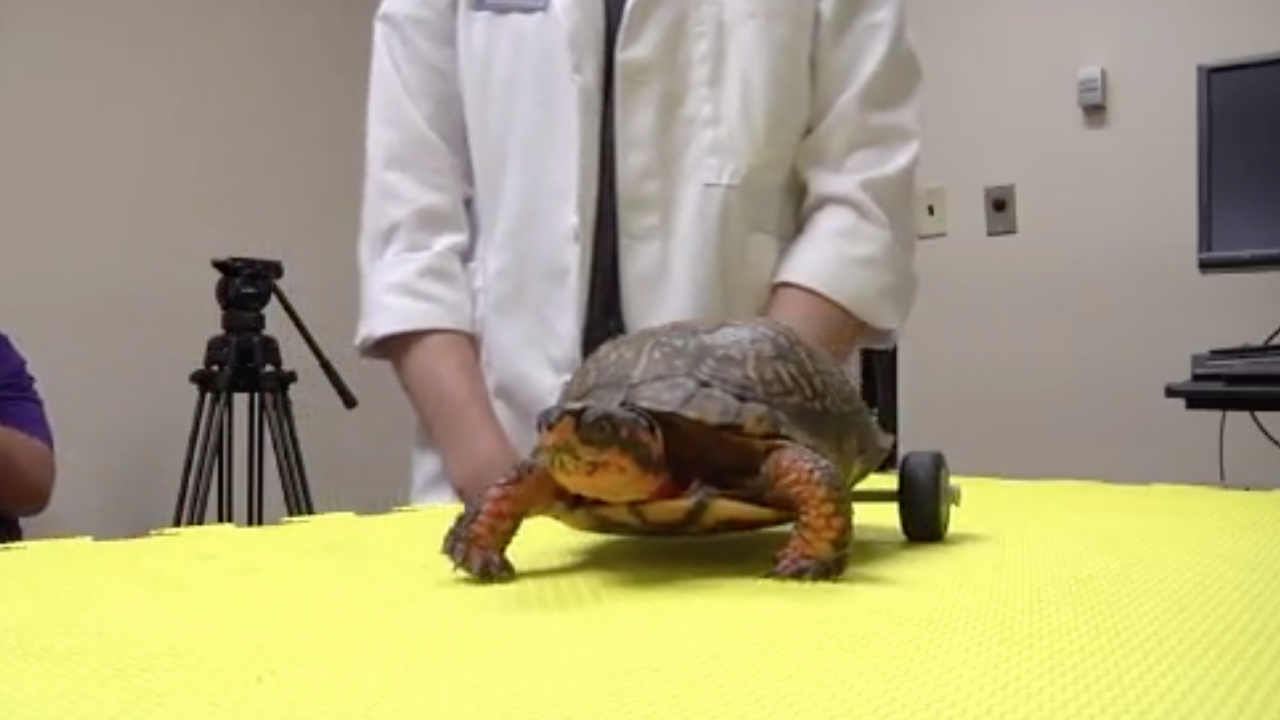 Do you want to spend several minutes of your day gazing at photos of a turtle in a wheelchair?

Well, do we have the story for you.

This fine specimen is Pedro the handicapable turtle, a patient of Louisiana State University's Veterinary Teaching Hospital in Baton Rouge.

When Pedro was adopted, he was already missing one hind leg. He recently ran away for a few months, and when he returned home, the prodigal box turtle had somehow managed to lose the other one.

His owners brought him to LSU and vets concluded that, other than being inexplicably accident-prone, Pedro was just fine.

"There was nothing medically wrong with him," Ginger Guttner, the communications manager for LSU's School of Veterinary Medicine told CNN. "But of course he didn't have any back legs, so our doctors quickly had to figure out what they were going to do."

They found their answer where so many great medical puzzles are solved: The toy store.

A zoological intern at the hospital picked up a Lego car kit, and using some syringe parts and animal-safe epoxy, vets MacGyvered a sweet little rig for Pedro's caboose.

Look! The wheelchair can even be snapped off the bottom of his shell so Pedro stays clean. Does he understand how much people care for him? Can he feel how much he is loved?

Guttner says such ingenuity, Lego-based or otherwise, is pretty common in the field.

"Veterinary medicine often requires this MacGyver-like quality," she says. "I would say the majority of special equipment we use has been fashioned or re-fashioned for a specific case."

She says a team at LSU once built a little fountain to help keep a fish alive while they performed an endoscopy.

"Our patients can be two grams or 2000 pounds, so we often have to look at things from a completely different perspective," she says.

Now Pedro is zooming around faster than the average box turtle, and the veterinarians that helped him have another "You'll never believe what I did at work today" story to share forever.