After landing rover on Mars, what is next for the mission? 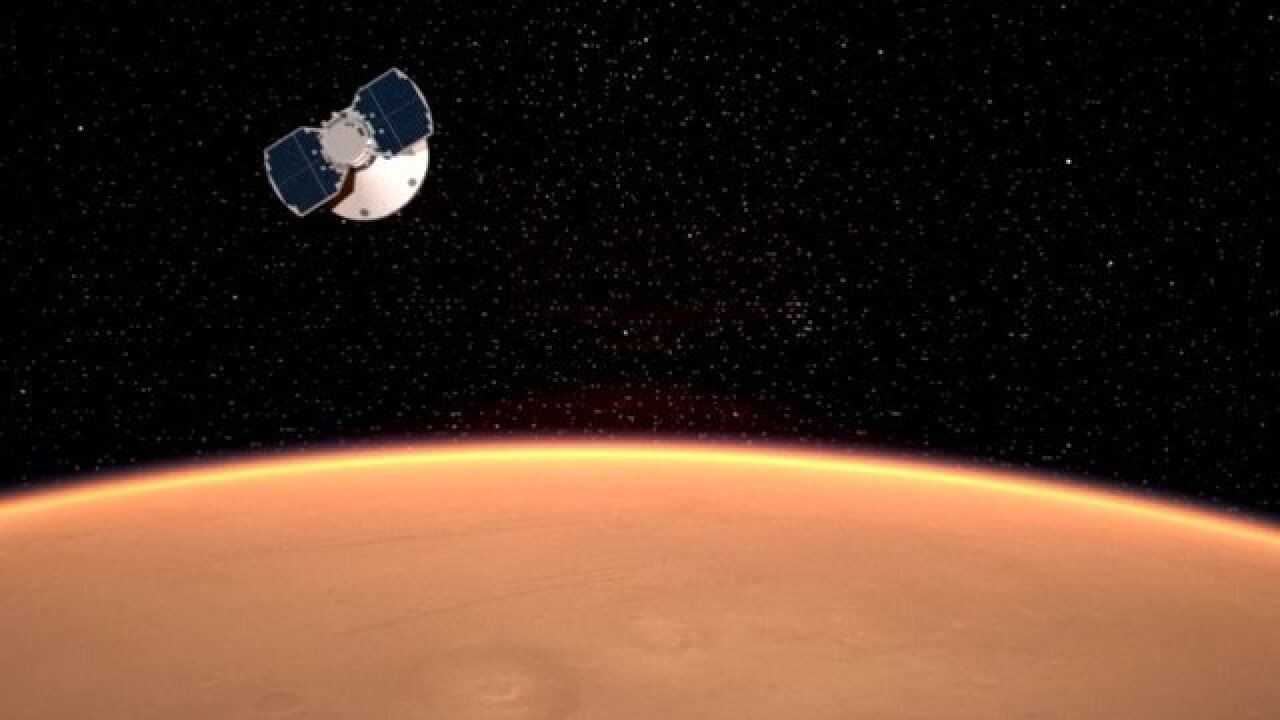 On Monday, the NASA Mars InSight lander survived the "seven minutes of terror" during entry, descent and landing to safely arrive on Mars and took up permanent residence on the Red Planet. Unlike the rovers already on the Martian surface, InSight will stay put during its planned two-year mission.

What will the stationary craft do until November 24, 2020?

InSight has already been busy. Since landing, it has taken two photos and sent them back as postcards to Earth, showing off its new home. These initial images are grainy because the dust shields haven't been removed from the camera lenses yet.

And late Monday, mission scientists were able to confirm that the spacecraft's twin 7-foot-wide solar arrays have unfurled. With the fins folded out, InSight is about the size of a big 1960s convertible, NASA said.

"We are solar-powered, so getting the arrays out and operating is a big deal," said InSight project manager Tom Hoffman at NASA's Jet Propulsion Laboratory. "With the arrays providing the energy, we need to start the cool science operations. We are well on our way to thoroughly investigate what's inside of Mars for the very first time."

The solar arrays are key to helping InSight function. Although Mars receives less sunlight than Earth, InSight doesn't need much power to conduct its science experiments. On clear days, the panels will provide InSight with between 600 and 700 watts -- enough to power the blender on your kitchen counter, NASA said. During more dusty conditions, as Mars is known to have, the panels can still pull in between 200 and 300 watts.

Within the next few days, InSight's 5.9-foot-long robotic arm will unfold and take photos of the ground surrounding the lander. This will help mission scientists determine where its will place instruments.

This whole unpacking process as InSight settles into its new home will take about two to three months as the instruments begin functioning and sending back data.

The suite of geophysical instruments will take measurements of Mars' internal activity like seismology and the wobble as the sun and its moons tug on the planet.

These instruments include the Seismic Experiment for Interior Structures to investigate what causes the seismic waves on Mars, the Heat Flow and Physical Properties Package to burrow beneath the surface and determine heat flowing out of the planet and the Rotation and Interior Structure Experiment to use radios to study the planet's core.

InSight will be able to measure quakes that happen anywhere on the planet. And it's capable of hammering a probe into the surface.

This is why the information InSight sends back about its landing site is crucial. Creating a 3D model of the surface will help engineers understand where to place instruments and hammer in the probe, called the Mars mole HP3 by those who built it.

"An ideal location for our Mars mole would be one that is as sandy as possible and does not contain any rocks," HP3 operations manager Christian Krause said.

Tilman Spohn, principal investigator of the HP3 experiment, said, "our plan is to use these measurements to determine the temperature of Mars' interior and to characterize the current geological activity beneath its crust. In addition, we want to find out how the interior of Mars developed, whether it still possesses a hot molten core and what makes Earth so special by comparison."

The first science data isn't expected until March, but InSight will be sharing snapshots of Mars along the way. And InSight's magnetometer and weather sensors are taking readings of the landing site, Elysium Planitia -- "the biggest parking lot on Mars." It's along the Martian equator, bright and warm enough to power the lander's solar array year-round.

The information InSight will gather about Mars applies to more than just the Red Planet. It will expand the understanding of rocky planets in general.

"This has important implications beyond just these two neighbors [Mars and Earth], as we are currently discovering thousands of exoplanets around other stars, some of which may be quite similar to Earth or Mars in terms of size, location and composition," said Jack Singal, a physics professor at the University of Richmond and a former NASA astrophysics researcher.

The two suitcase-size spacecraft that followed InSight, MarCO, are the first cube satellites to fly into deep space. MarCO shared data about InSight when it entered the Martian atmosphere for the landing.

They were nicknamed EVE and WALL-E, for the robots from the 2008 Pixar film. And their mission is over. The MarCO team will collect data from each satellite to determine how much fuel they have left and a deeper look at how they performed.

"WALL-E and EVE performed just as we expected them to," MarCO chief engineer Andy Klesh at JPL said. "They were an excellent test of how CubeSats can serve as 'tag-alongs' on future missions, giving engineers up-to-the-minute feedback during a landing."

The cube satellites bid farewell to InSight after it landed. MarCO-B took an image of Mars from 4,700 miles away during its flyby at 3:10 p.m. ET after helping establish communications with mission control.

"WALL-E sent some great postcards from Mars!" said Cody Colley of JPL, MarCO's mission manager. "It's been exciting to see the view from almost 1,000 miles (1,600 kilometers) above the surface."

There are no science instruments on MarCO. But during the flyby, MarCO-A transmitted signals through the edge of the Martian atmosphere. That atmosphere causes interference to change the signal when it's received on Earth, a way for scientists to detect how much atmosphere is present and even its composition.

"CubeSats have incredible potential to carry cameras and science instruments out to deep space," said John Baker, JPL's program manager for small spacecraft. "They'll never replace the more capable spacecraft NASA is best known for developing. But they're low-cost ride-alongs that can allow us to explore in new ways."

And for the team that worked on MarCO, the success of the mission is just the beginning.

"MarCO is mostly made up of early-career engineers and, for many, MarCO is their first experience out of college on a NASA mission," said Joel Krajewski of JPL, MarCO's project manager. "We are proud of their accomplishment. It's given them valuable experience on every facet of building, testing and operating a spacecraft in deep space."