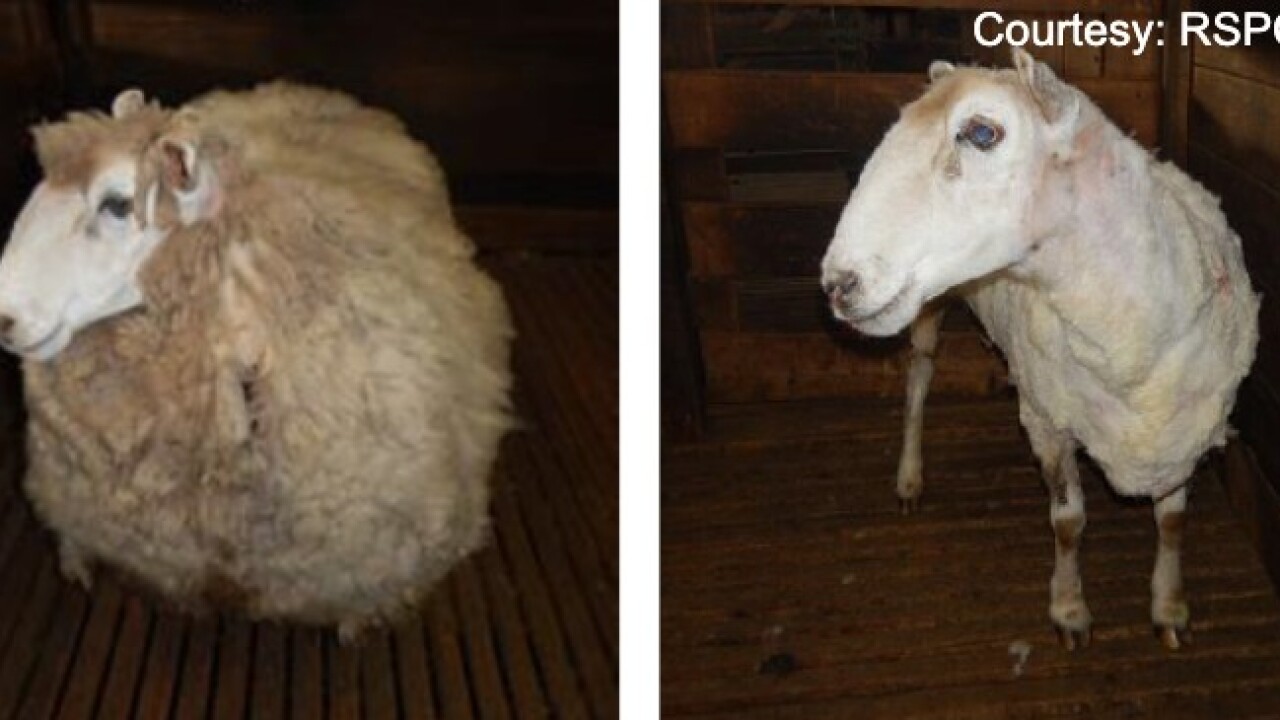 The Royal Society of the Prevention of Cruelty to Animals
A before and after image of Ewenice, found wandering in Australia with 4 years of wool growth.

Many people could probably use a haircut right now, after six months of a global pandemic, but probably not like Ewenice the sheep in Australia. She was recently found wandering with about 4-years of growth needing to be sheared off.

The abandoned sheep was found in a heavily wooded area in southeast Australia, roaming on a property with no nearby flock or owner. A person spotted the sheep, burdened with the extra large fleece, and reported it to the Royal Society for the Prevention of Cruelty to Animals, or RSPCA.

The RSPCA estimates the sheep, who they named Ewenice, had not been trimmed in about four years.

Ewenice was checked over, given a haircut, and sent to a new home. About 44 pounds of wool was sheared off.

“Carrying such a large fleece for an extended period of time would have had dire impact on this ewe’s welfare and quality of life. It was fantastic to see her transformation after shearing and to send her on to her new home,” said Head of Inspectorate Terry Ness.

Fleece must be shorn regularly because sheep are unable to shed.