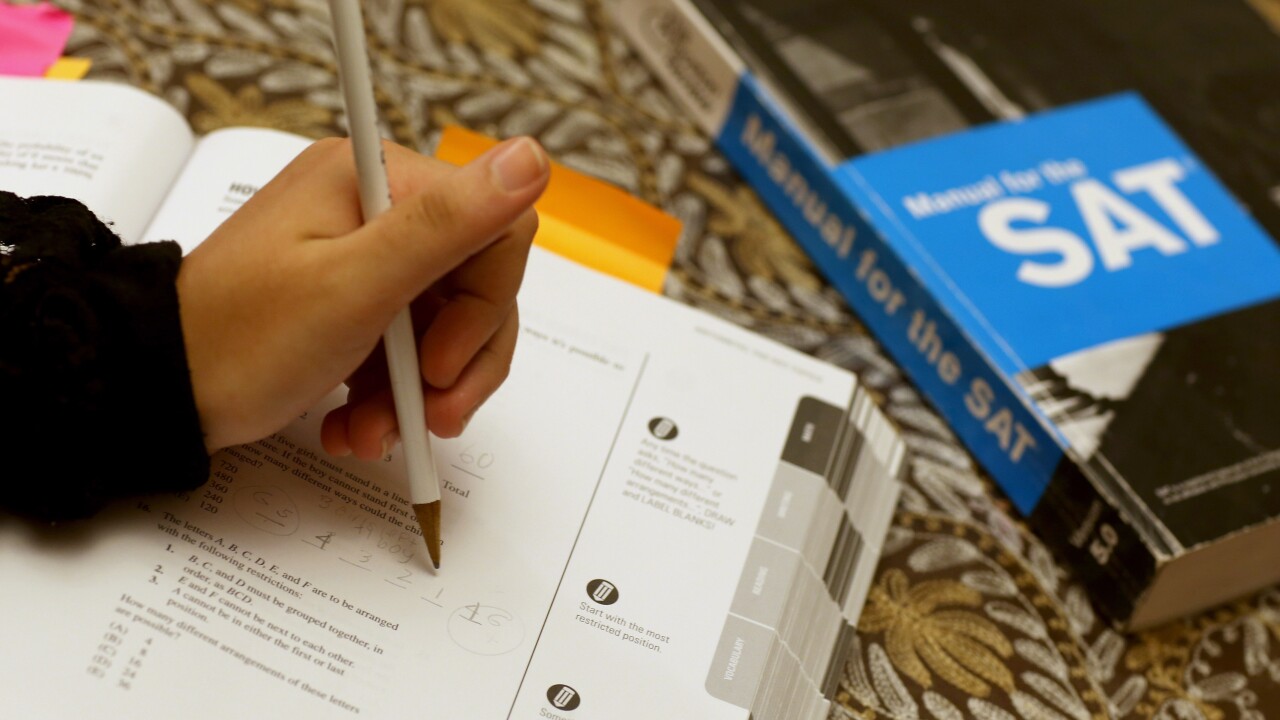 A New Jersey teenager is proving that you can do anything if you just set your mind to it.

Despite being in and out of homelessness, 17-year-old Dylan Chidick has been accepted into 17 different colleges -- and that's just what he's received so far.

"I was really excited because I'm going to be the first person in my family to go to college," Chidick said.

He added, "Going through homelessness let me know that there's going to be obstacles, but as long as (our family is) together, we can get through it."

With offers from schools like Albright College, Ramapo College and Caldwell University, Chidick has a tough decision ahead. However he's still waiting to hear back from his top choice, the College of New Jersey.

He applied to about 20 colleges and universities in total. Sending in applications can get pricey, but Chidick was able to obtain application fee waivers.

He was inspired by his mom's courage

Chidick's family moved to the US from Trinidad when Chidick was just 7 years old, but after becoming citizens, they endured countless heartaches.

The single mother, Khadine Phillip, and her three kids were in and out of homelessness. And Chidick's two younger twin brothers live with serious heart conditions.

Chidick said he was inspired by his mother's courage to reach out to the non-profit Women Rising and ask for help. The center put the family in permanent supportive housing, giving Chidick a safe place to study.

"Seeing my family become vulnerable and opening themselves up to accepting help is basically what created my drive to never experience that ever again," Chidick said.

The student said experiencing homelessness and balancing school was difficult.

"There was lights out at a certain time, and we weren't able to be the way that we usually are at home," Chidick said.

At school, Chidick was initially hesitant to let others know about his situation.

"The entire administration staff was very supportive, but I didn't want anyone to know about it at first," he said. "But I realized it was OK to let people in."

Chidick worked to become the senior class president at Henry Snyder High School in Jersey City and was inducted into the Honor Society. He also served on the city-wide student council and said he tried to "float around" to every club.

He hopes to study political science and history

After he picks his home for the next few years, Chidick hopes to major in political science and minor in history.

"I like the politics side of everything and understanding how the government works," Chidick said.

History is his favorite subject, so he plans to take plenty of courses in that subject as well.