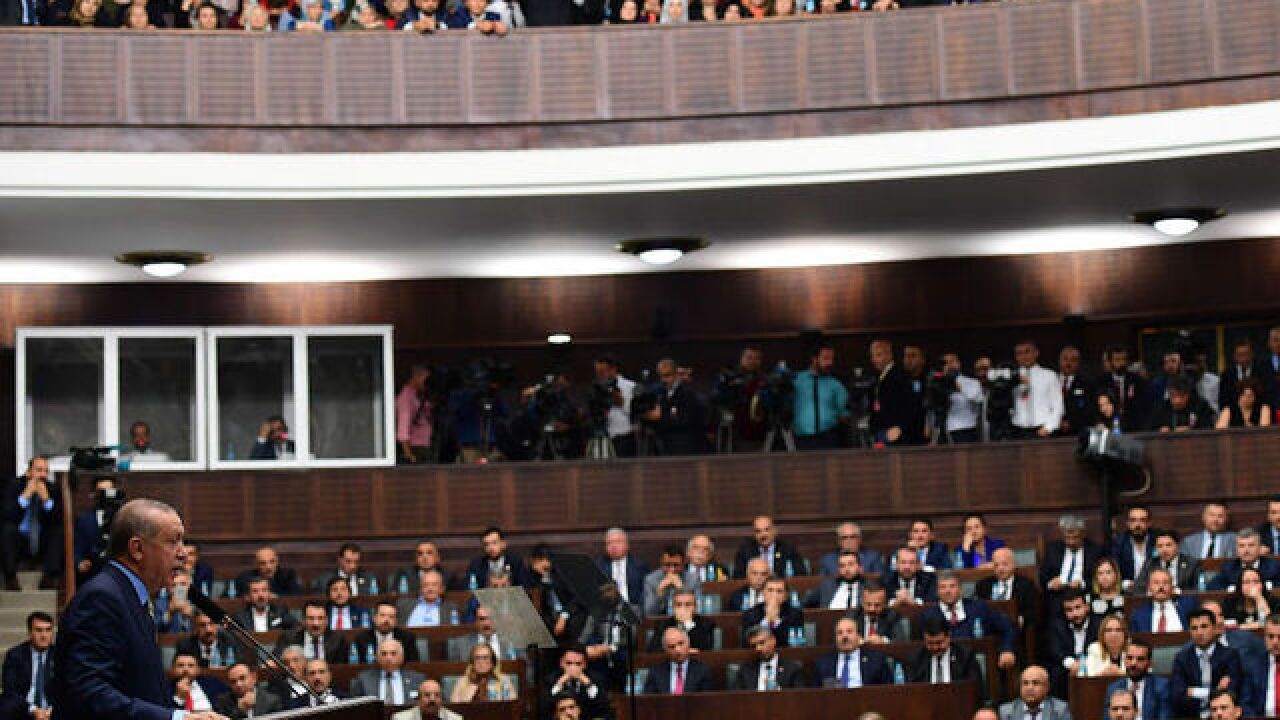 Image copyright 2018 Getty Images. All rights reserved. This material may not be published, broadcast, rewritten, or redistributed.
Stringer
<p>President Recep Tayyip Erdogan speaks about the murder of Saudi journalist Jamal Khashoggi during his weekly parliamentary address on October 23, 2018 in Ankara, Turkey. Erdogan said Khashoggi was the victim of a "brutal" and "planned" murder and called for the extradition of 18 suspects to Turkey to face justice. Khashoggi, a U.S. resident and critic of the Saudi regime, went missing after entering the Saudi Arabian consulate in Istanbul on October 2, 2018.</p> 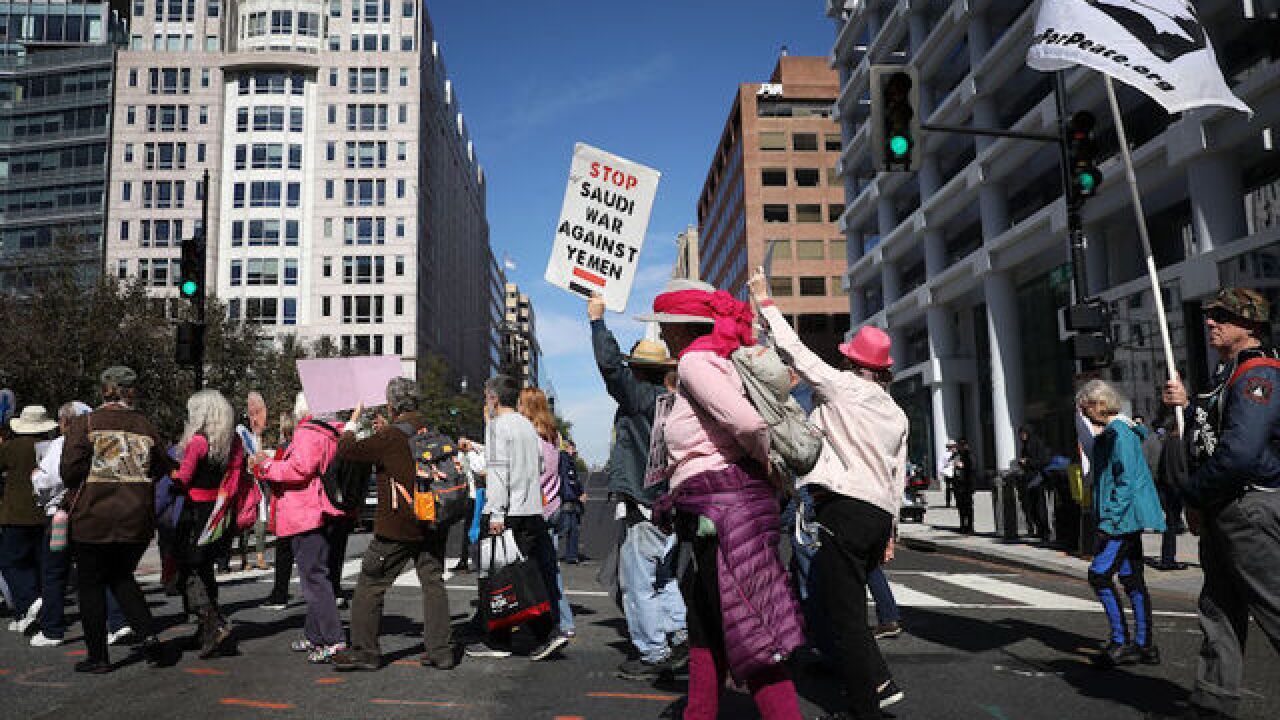 The situation with Saudi Arabia right now is complicated: A journalist who most recently wrote for "The Washington Post" and who was a supporter of gender equality and freedom of personal expression in the country went missing in October 2018.

Jamal Khashoggi was last seen Oct. 2 entering the Saudi Arabia consulate in Istanbul, Turkey, where he had gone to obtain papers for his planned marriage. He was reported missing when no CCTV recorded him leaving the consulate and there were rumors he had been killed and dismembered.

Khashoggi had a long career as a reporter for various Arab newspapers and he was a managing editor for a Saudi daily newspaper for nearly a decade. He moved to the United States in 2017 and worked for "The Washington Post", which published his final column on Oct. 17, 2018. The column said he had hopes for an Arab free press that did not have to respond to dictatorship by national governments.

Khashoggi often criticized Saudi Arabia disputes with other countries. He believed women in Arab countries should be treated equally to men and was a women's rights advocate. Khashoggi said Saudi Arabia and Muslim Brotherhood needed to find a way to be friendly with each other.

His personal life was full of connections: Khashoggi's grandmother was a personal physician to a Saudi Arabia king, his uncle was a high-profile arms dealer known for his part in the Iran-Contra scandal, and he had a cousin who was killed in a Paris car crash alongside his girlfriend, Diana, Princess of Whales.

He was known as someone who had a relationship with Osama bin Laden and was able to interview him many times. He disassociated from him following the Sept. 11, 2001 attacks in the United States.

Khashoggi had been married and divorced three times, and was planning a fourth marriage at the time of his death. He had multiple children.

Saudi Arabia officials reported he was dead and that it was the result of a fistfight. Multiple Saudis were arrested in connection to the journalist's death, including a team of 15 that had been sent to confront Khashoggi.

Turkish and Saudi officials inspected the consulate on Oct. 15 and Turkish officials reported evidence of tampering that supported the belief Khashoggi had been killed.

Why the U.S. is struggling with the incident

U.S. President Donald Trump is reluctant to punish Saudi Arabia. He wants more evidence of the events that occurred and who exactly was involved. Last week, he said he had been pleased with the steps Saudi Arabia took in pointing blame for the death. He found the country's explanation credible.

This week there has been a shift for Trump. He has more doubts as more information is coming to him, according to CNN .

He is being careful because US arms sales to Saudi Arabia could be impacted, though he has made assurances they will not be. Adviser Jared Kushner said the U.S. must be able to pursue strategic objectives and called the Middle East a "rough place."

US Treasury Secretary Steven Mnuchin met with Saudi Crown Prince Mohammed bin Salman while in the country for a meeting with other world leaders Monday to talk about combating terrorism financing. There was an effort made to keep peaceful relations with Saudi Arabia while addressing the Khashoggi death investigation.

#CrownPrince meets with the U.S. Secretary of the Treasury and stresses the importance of Saudi-US strategic partnership, where it holds an important role in the future in line with the Kingdom’s #Vision2030 pic.twitter.com/5LyloSOMTK