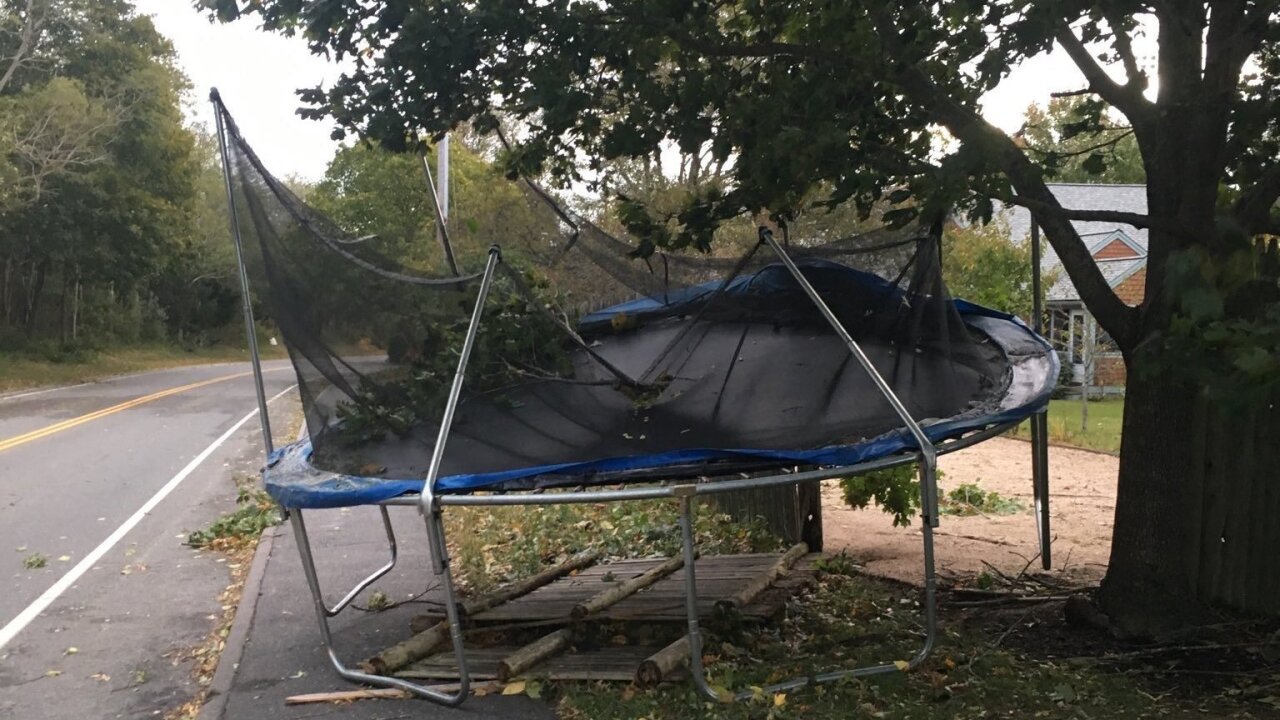 Winds as strong as those of a tropical storm are pummeling New England on Thursday as a storm known as a bomb cyclone knocks out power and promises to disrupt travel in the region through the end of the workweek.

The storm "is now parked over southern New England with the pressure equivalent to a Category 2 hurricane," CNN meteorologist Dave Hennen said.

More than 500,000 customers from New York to Maine are without electricity, according to PowerOutages.us. And more than 70 flights have been canceled Thursday at Boston Logan International Airport, FlightAware.com reports, with more delays and cancellations expected through late Friday.

Wind gusts of 40 to 50 mph are expected to punish New England for much of Thursday, while New York City, Boston and Portland, Maine, may feel winds of at least 39 mph -- the low end of tropical-storm force -- with stronger gusts.

Provincetown, on Massachusetts' Cape Cod, already has been lashed with winds of 90 mph. Boston Logan recorded gusts of 70 mph overnight into Thursday, and gusts atop Mount Washington in New Hampshire were clocked at 125 mph.

A wind warning or advisory covers nearly 63 million people in 14 states, from the Appalachians in North Carolina to Maine.

Even as rain from the bomb cyclone pushes out on Thursday, flood watches and warnings remain in place across much of New England.

A bomb cyclone is a storm that strengthens really fast. To earn the title, its pressure generally must drop 24 millibars (a unit that measures pressure) within 24 hours. The word "bomb" is used because of the explosive power these storms derive from rapid pressure drops.

The storm now hammering the Northeast blew well past meteorologists' standard: Its pressure dropped 24 millibars in just 14 hours -- and plummeted 35 millibars over 24 hours.

The storm's heaviest rain fell in upstate New York, where up to 5 inches was recorded. The Mid-Atlantic states and much of the Northeast got 1 to 2 inches of rain.

Eastern US dips into chillier temperatures

High temperatures Thursday for the eastern half of the United States will be 5 to 10 degrees Fahrenheit below average as a cold front pushes in. That could turn lingering rain to snow in upstate New York.

The bomb cyclone is the second coastal storm to impact New England in a week. Last week's storm sat off the coast of the Mid-Atlantic, churning up seas and bringing a strong onshore wind that shredded beaches up and down the East Coast. It caused costly damage due to beach erosion and coastal flooding.

'Thor landed in my backyard'

Residents across the Northeast, who witnessed the storm's strength firsthand, have been sharing dramatic images and videos on social media.

Early Thursday morning, George Brennan shared a photo of a mangled trampoline that had torn through a fence in Falmouth, Massachusetts.

And in Biddeford, Maine, resident Colby Thomas shared footage of power lines exploding in a shower of sparks.

Casserly made sure her sister was OK and then opened her back door, where she found a tree from her neighbor's yard, laying on her house, blocking the path to her backyard.

"It was as if Thor landed in my backyard," she said. "The scariest sound to be woken by. It sounded like something crashed into the house and it shook the house."