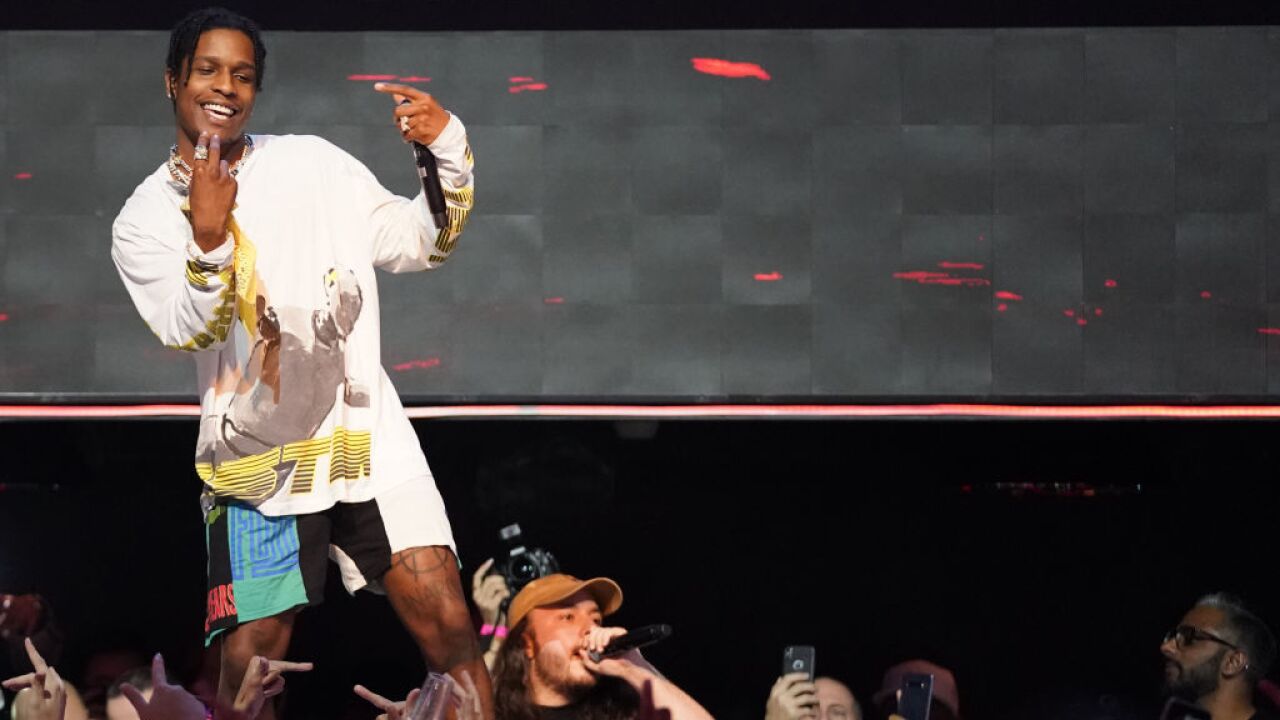 Swedish prosecutors will not appeal the conditional sentence for assault handed to A$AP Rocky earlier this month, meaning the US rapper will avoid the threat of a harsher ruling.

Daniel Suneson, the prosecutor in the case, said on Tuesday he had decided not to mount a challenge, acknowledging it was not clear whether or not A$AP Rocky and two members of his entourage used bottles as a weapon during the street brawl in the Swedish capital on June 30.

"I have accepted the District Court's evaluation of the evidence, in as much as the use of whole or broken bottles during the assault has not been proven," Suneson said in a statement Tuesday. "After due consideration, I have chosen not to appeal the verdict."

Suneson said all three defendants have been brought to justice for assault and the Stockholm District Court has dismissed the plea of self-defence -- something he said was "important to clarify in this particular case."

The imposition of a conditional sentence means that A$AP Rocky -- whose real name is Rakim Mayers -- will not have to serve any further jail time but will be subject to a probationary period of two years.

Suneson had argued during the trial that the artist and the two other men -- David Rispers and Bladimir Corniel -- assaulted the victim by kicking and beating him with a whole or part of a glass bottle while he lay on the ground.

However, the court decided there was too much conflicting evidence to determine conclusively if the three men had used the bottle to strike the victim.

While expressing disappointment in the verdict, A$AP Rocky's lawyer Slobodan Jovicic said after the ruling on August 14 he was pleased about the court's decision regarding the bottle. "It's shown that (A$AP Rocky) was followed and provoked," he said.

The rapper's arrest had angered fans and fellow artists, and even strained diplomatic relations between the United States and Sweden after President Donald Trump repeatedly demanded his release and raised the issue with Swedish Prime Minister Stefan Löfven.

On Monday the performer released a video trailer for his first song since the incident, which featured a scene of him behind prison bars.