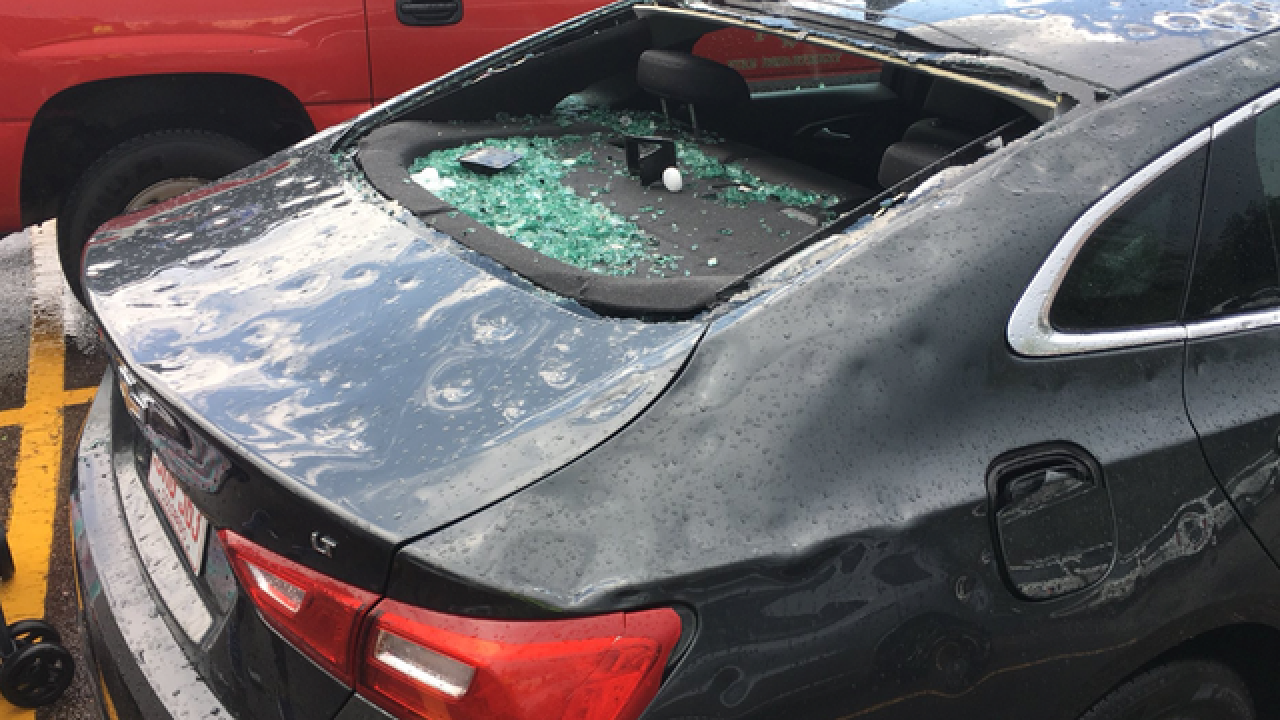 COLORADO SPRINGS, Colo. — Fourteen people were injured and at least two animals were killed at the Cheyenne Mountain Zoo when a hailstorm tore through the Colorado Springs area Monday afternoon.

Five zoo patrons injured in the storm were transported to the hospital with unknown injuries, according to the Colorado Spring Fire Department. Nine people were treated at the scene. Several kids attending zoo camp were reported to be safe with no injuries.

Zoo officials said a vulture and a duck were killed.

"It was hail the size I've never seen before," Jenny Koch, the zoo's marketing director, told The Denver Post. "Basically chunks of ice. ... It's frightening."

Buses were dispatched to the zoo to evacuate the more than 3,000 guests as staff members took to social media to warn others to stay away from the area. Evacuees were taken to a nearby high school.

The zoo, which houses more than 750 animals and covers 140 acres, will be closed Tuesday so employees can take care of injured animals and make repairs.

The storm knocked out power to nearly 2,000 customers in the area, and heavy rain and debris forced the closure of U.S. Highway 24 west of Manitou Springs, The Colorado Springs Gazette reported.

The Broadmoor Hotel and resort also was pounded by hail, and staff members are assessing the damage.

"It was a significant storm," said Barry Brown, the hotel's vice president of sales and marketing.

Forecasters warned that runoff from the rain could cause flooding of small creeks, roads, underpasses and low-lying areas as more storms develop along the Front Range on Monday night.