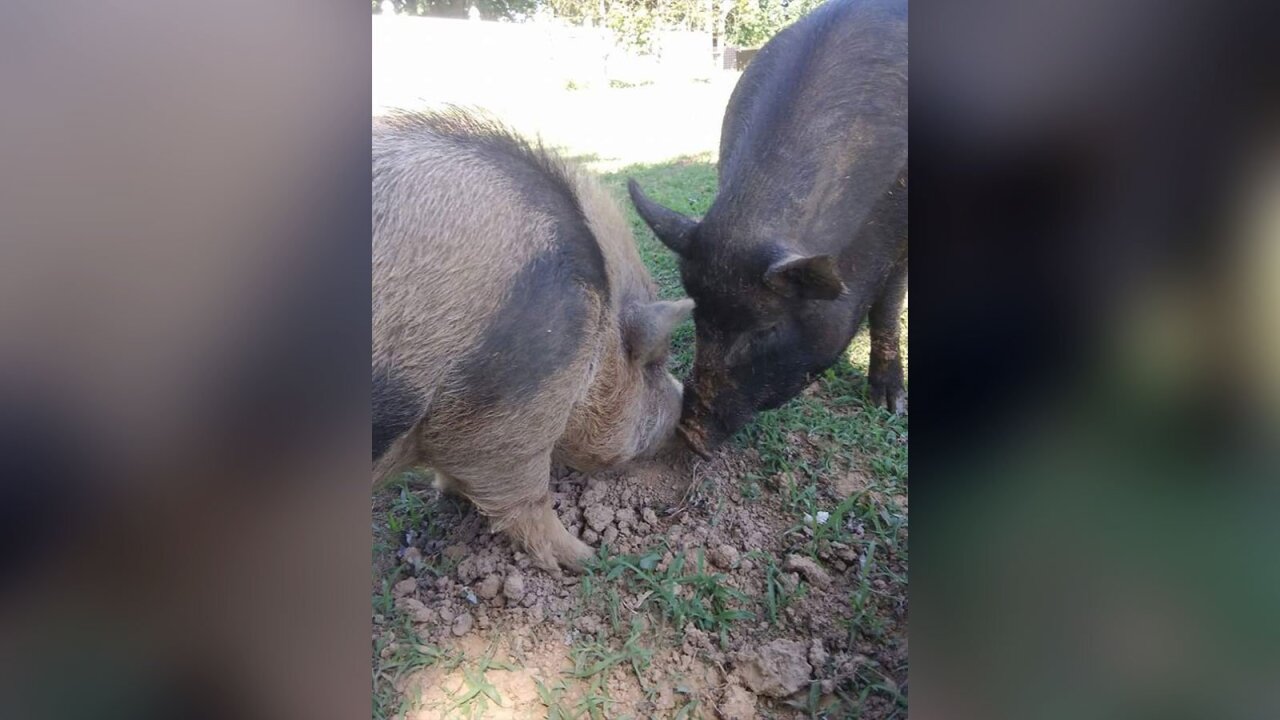 What started as a celebratory evening on her wedding anniversary ended as one of the worst days of Sunnie Howell's life.

Howell kept pot-bellied pigs, three of them, as emotional support animals for people in her Kentucky community. They regularly visited individuals in hospitals and nursing homes.

When she went to give them some leftovers after dinner on June 6th, she discovered two of them were dead -- most likely beaten, she told WLKY, a CNN affiliate. One had a smashed eye socket and blood coming out of its ear. The other's face was bashed in and covered in blood.

"They've never fought," Howell told CNN. "If they ever did, they would be removed from the program, so I know in my heart they did not fight."

The third pig is unhurt but scared

Howell told CNN she thinks the perpetrator may have been a neighbor. In the past, some have complained to the city about her pigs, and she said last year someone stole two of the pigs from her yard only to return them six hours later after she posted on Facebook that she had an attorney.

The third pig, named Gypsy, is unhurt but still scared and has been acting differently since the incident, Howell shared on Facebook.

"They didn't deserve to die as brutally as this," she posted . "They were gentle and loved by many."

Therapy program will be put on hold

The hardest part, she told CNN, was explaining the situation to the kids who would visit the pigs. And because she now only has one pig left, Howell said in a Facebook video that she'll have to put her therapy program on hold for some time.

Howell filed a police report and is offering a reward for any information on who killed her pigs.

"We will not stop looking until we catch this sick individual," she posted on Facebook . "We want this person or persons to be punished and we want to put them on blast so everyone knows who did this to them."