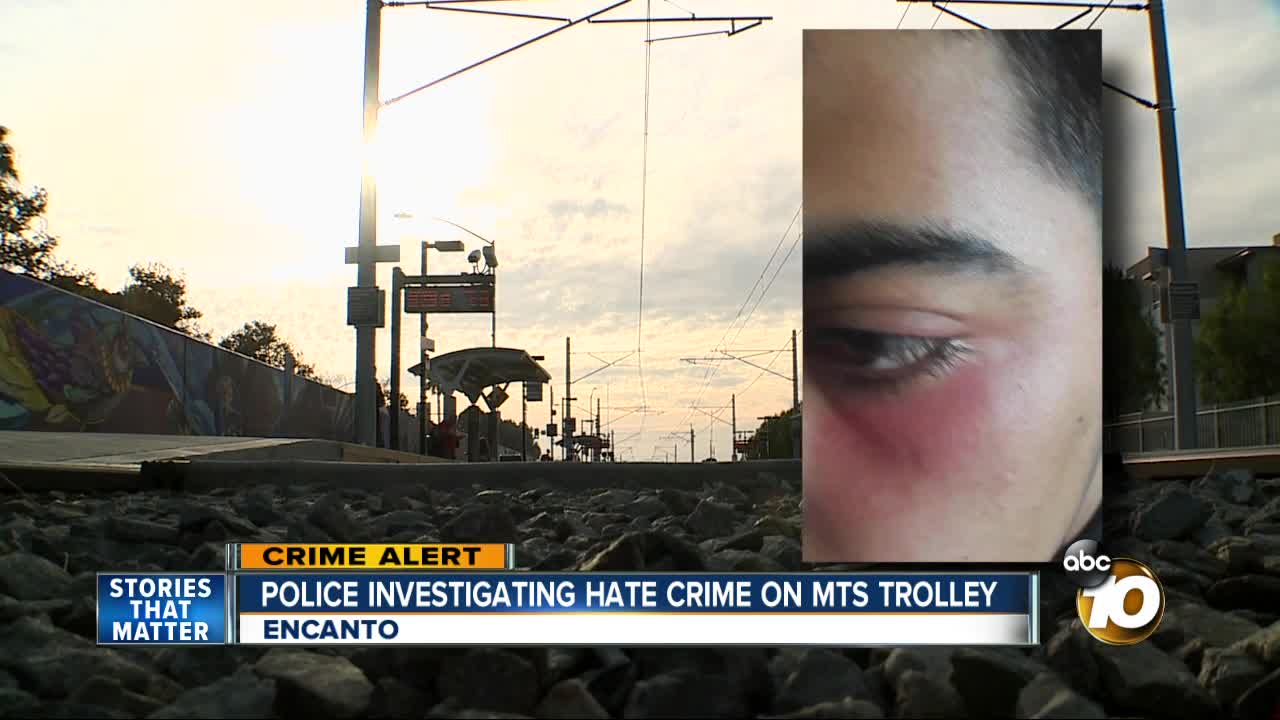 SAN DIEGO — Police are investigating an alleged hate crime in which a Syrian teen was beaten on a trolley in California.

The 17-year-old boy, a refugee from Syria who came to the U.S. four years ago, said the incident occurred Tuesday while he was riding a San Diego Metropolitan Transit System trolley on his way home from school.

Representatives for the Partnership for the Advancement of New Americans (PANA) , who are speaking on the teen's behalf, told KGTV the teen was speaking Arabic while on FaceTime with a friend when a man on the trolley asked him, "Where are you from? Are you Mexican?"

The teen reportedly responded, "No, I am Arab."

According to the teen, after his response, the man started punching him, cursing and using racial slurs and Islamophobic language.

The teen reportedly got off on the 62nd Street station in San Diego. He said the man also got off at the station and left the scene.

The teen said numerous people watched as he was attacked, but no one stepped in to help him.

PANA helped the teen file a report with San Diego police, and they are now investigating the incident as a hate crime and working to obtain surveillance video from the MTS trolley.

The teen said the man was in his 20s, with a goatee, and last seen wearing a gray shirt and black shorts.

Anyone with information is asked to call San Diego police.

This story was originally published by Laura Acevedo on KGTV.