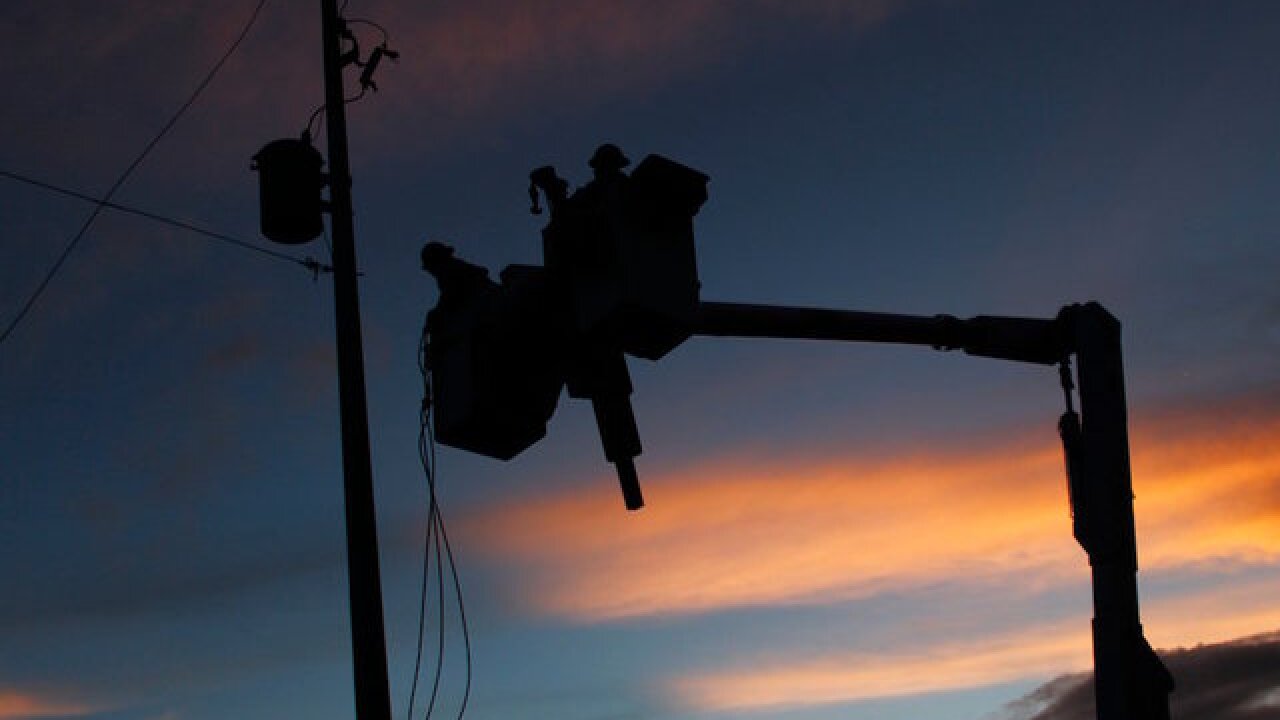 © 2018 Cable News Network, Inc.
RicardoArduengo/AFP/Getty Images
<p>Puerto Rico Electric and Power Authority linemen works on a new utility pole placed in a residential area during sunset in Gurabo, last November. Nearly a year after Hurricane Maria wreaked havoc on Puerto Rico, officials there say power has been restored to most of the island's residents.</p>

Nearly a year after Hurricane Maria wreaked havoc on Puerto Rico, officials there say power has been restored to most of the island's residents.

Of the nearly 1.4 million customers who lost electric service after the storm, just 25 remain in the dark, the island's electric provider tweeted Monday.

The declaration, coming about two months into the start of the Atlantic hurricane season, is a significant development from Puerto Rico Electric Power Authority. The beleaguered state-owned utility has struggled over the last year to recover from last September's storm, which decimated the island's electrical grid. Thousands of people were still without power in June.

CNN has reached out to PREPA and has not received a response.

The damage and the response

Hurricane Maria struck Puerto Rico as a Category 4 hurricane, the strongest storm to hit the US territory in 85 years. It resulted in the largest blackout in US history and the second-largest in world history.

More than 10,000 people were still without electricity at the start of hurricane season in June, eight months after the storm.

Since the storm, PREPA has come under fire for signing a $300 million contract to restore power with a small, Montana-based firm that had only two employees at the time. It canceled the contract after widespread criticism, and its executive director stepped down in November.

The slow restoration of power has been cited by residents and some researchers as a factor in dozens of deaths occurring after the storm. The family of one man says he died from a pulmonary disease in January because they couldn't afford to power a breathing machine that helped keep him alive.

Federal officials have said restoration efforts have been slowed by the island's remote location and the poor condition of its infrastructure and roads. FEMA Federal Coordinating Officer Michael Byrne said in June that the agency has improved its response efforts since Hurricane Maria and has more relief supplies, including generators, on hand this hurricane season.