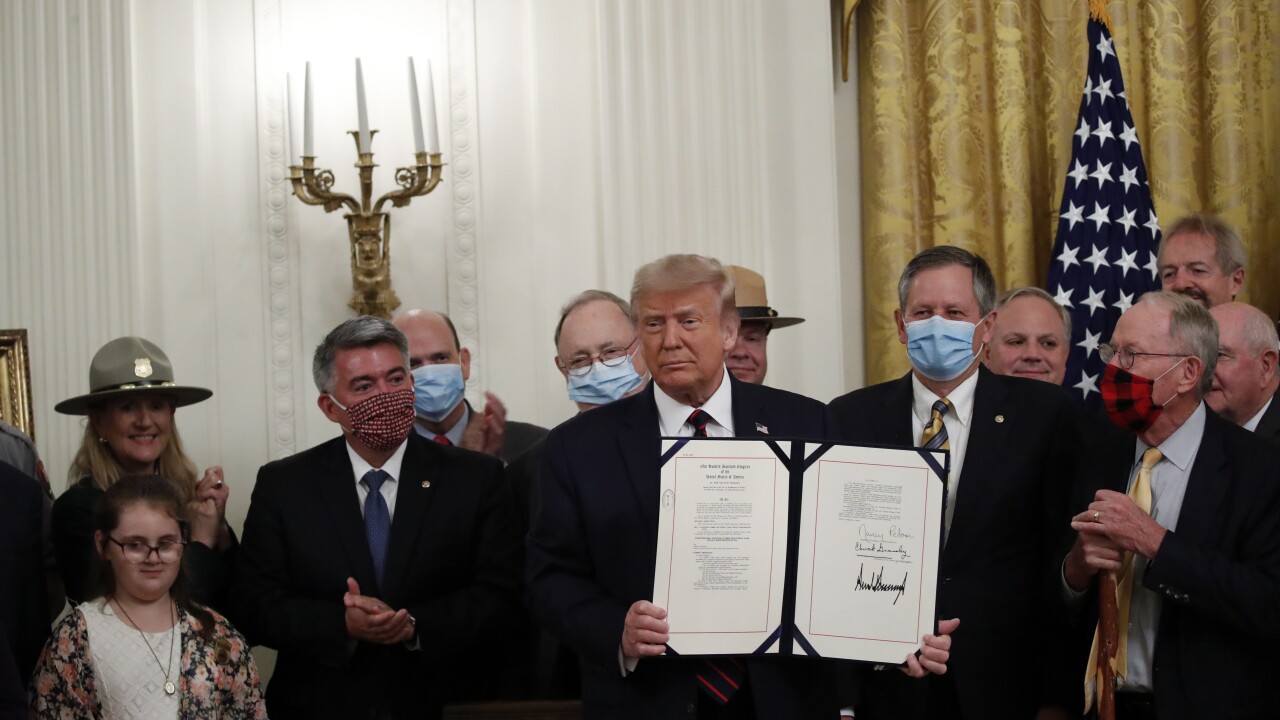 Copyright 2020 The Associated Press. All rights reserved.
Alex Brandon/AP
President Donald Trump poses for a photo during a signing ceremony for H.R. 1957 – "The Great American Outdoors Act," in the East Room of the White House, Tuesday, Aug. 4, 2020, in Washington. (AP Photo/Alex Brandon)

WASHINGTON (AP) — President Donald Trump has signed legislation into law that will devote nearly $3 billion annually to conservation projects, outdoor recreation and maintenance of national parks and other public lands.

It would authorize another $1.9 billion a year to be spent to make improvements at national parks, forests, wildlife refuges and range lands.

Supporters call it the most significant conservation legislation in nearly half a century.

Opponents say the spending is not enough to erase an estimated $20 billion maintenance backlog.