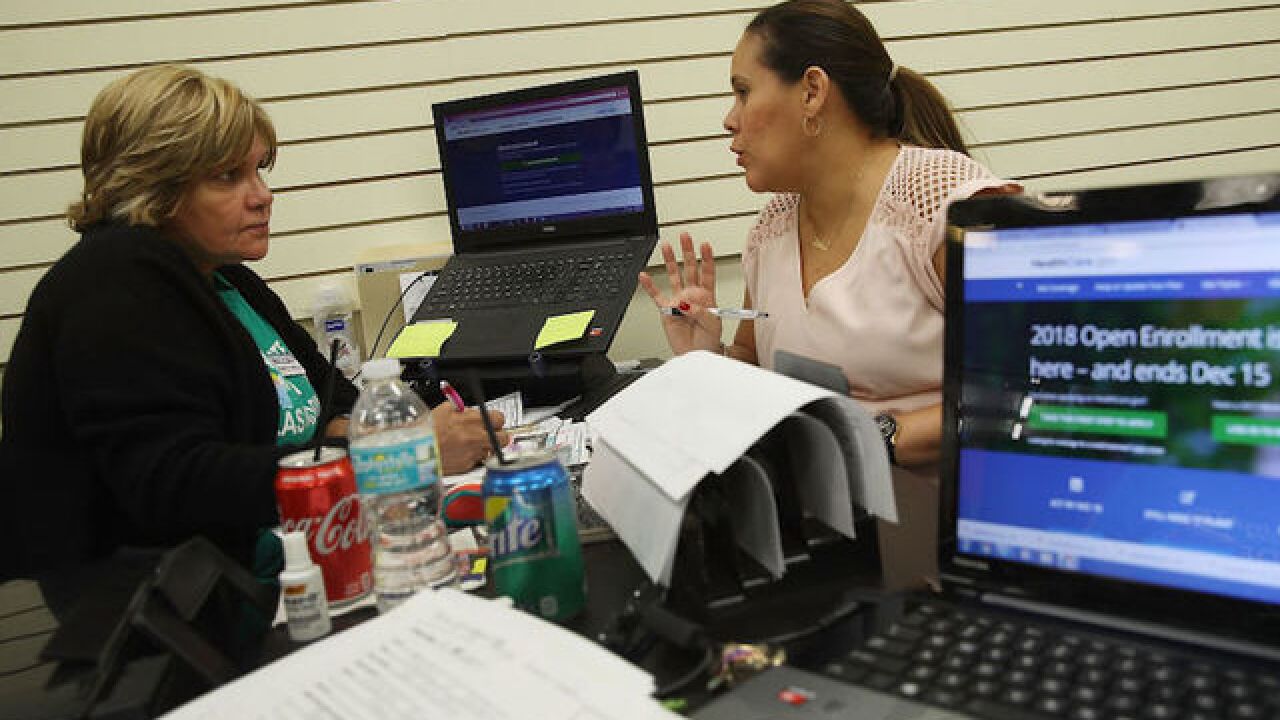 Image copyright 2018 Getty Images. All rights reserved. This material may not be published, broadcast, rewritten, or redistributed.
Joe Raedle
<p>Margarita Mills (L), an insurance agent from Sunshine Life and Health Advisors, speaks with Daniela Morales as she shops for insurance under the Affordable Care Act at a store setup in the Mall of Americas on November 1, 2017 in Miami, Florida. </p>

People familiar with the plan told the WSJ that the Centers for Medicare and Medicaid Services (CMS), the agency that oversees the program, might at least temporarily halt payments to insurers this fall and next fall. Those payments would have stemmed from the insurers' 2017 and 2018 business, respectively.

The sources said the move stemmed from a recent federal court decision that found the formula for calculating the risk adjustment payments to be flawed. In a March 2018 ruling out of New Mexico, US District Court Judge Thomas Browning that the methodology used by the federal government was "arbitrary and capricious" and remanded it back to the agency, according to Lexis Legal News.

CMS did not immediately respond to a CNN request for comment and the agency has not publicly announced a suspension of any of the payouts.

Risk adjustment is a key aspect of market stabilization under the ACA, also known as Obamacare. The program transfers funding from plans with lower-risk enrollees to higher-risk ones in an effort to even out the market and "encourage insurers to compete based on the value and efficiency of their plans rather than by attracting healthier enrollees," according to the Kaiser Family Foundation.

The move reported by the WSJ follows other efforts by the Trump administration to try to chip away at the landmark health care law. In June, the administration said it wouldn't defend central portions of Obamacare in federal court, claiming that key provisions should be invalidated and that the individual mandate is unconstitutional. In October 2017, the White House announced it would end Obamacare cost-sharing payments that helped lower-income enrollees pay for health care.

The WSJ's report also comes as insurers appeared to be warming back up to the ACA. Insurers were entering or returning to at least a dozen states for 2019 enrollment, while others were expanding their presence in the states in which they operate.