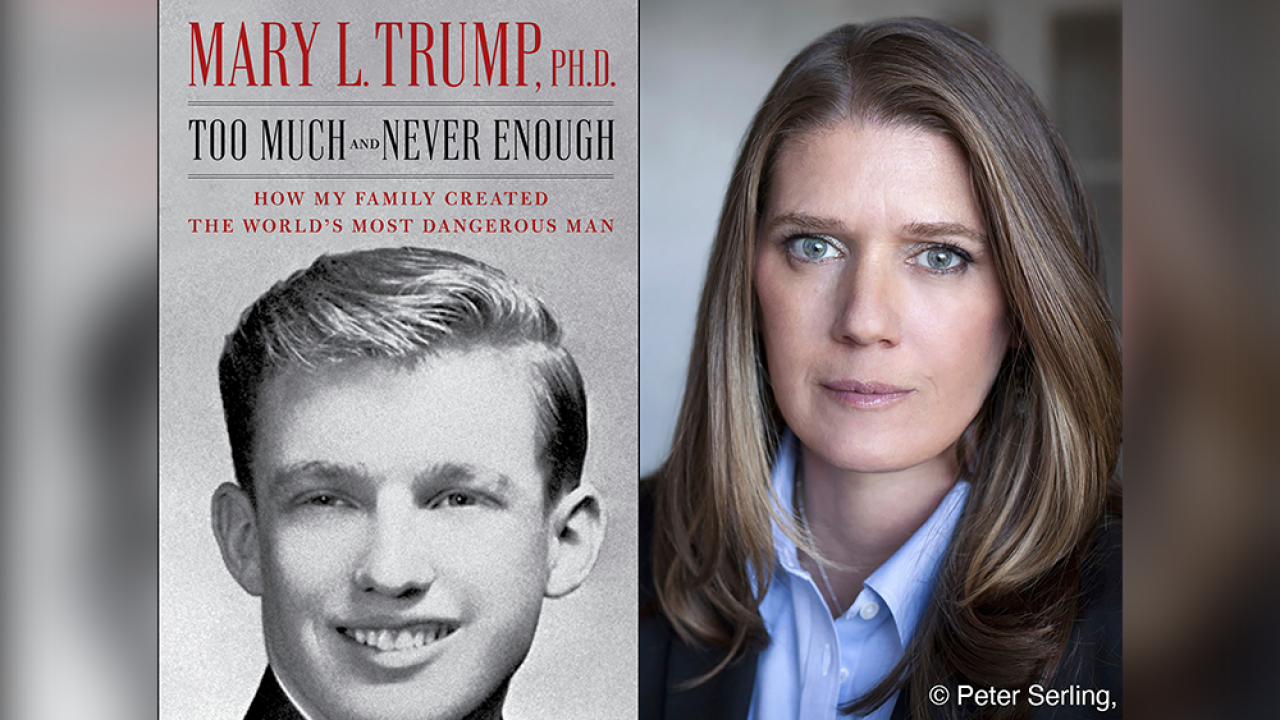 This combination photo shows the cover art for "Too Much and Never Enough: How My Family Created the Worldâ€™s Most Dangerous Man", left, and a portrait of author Mary L. Trump, Ph.D. The book, written by the niece of President Donald J. Trump, was originally set for release on July 28, but will now arrive on July 14. (Simon & Schuster, left, and Peter Serling/Simon & Schuster via AP)

NEW YORK — A judge says Mary Trump can talk about the highly critical book she wrote about her uncle over the objections of President Donald Trump's brother.

The ruling was issued late Monday by Judge Hal B. Greenwald in Poughkeepsie. The judge reversed orders he had issued temporarily blocking Mary Trump and her publisher, Simon & Schuster, from publishing or distributing a tell-all book about the president.

The book, “Too Much and Never Enough: How My Family Created the World’s Most Dangerous Man,” was originally to be published at the end of July.

The publisher announced last week it would be published Tuesday.

Simon & Schuster and a lawyer for Mary Trump praised the ruling.