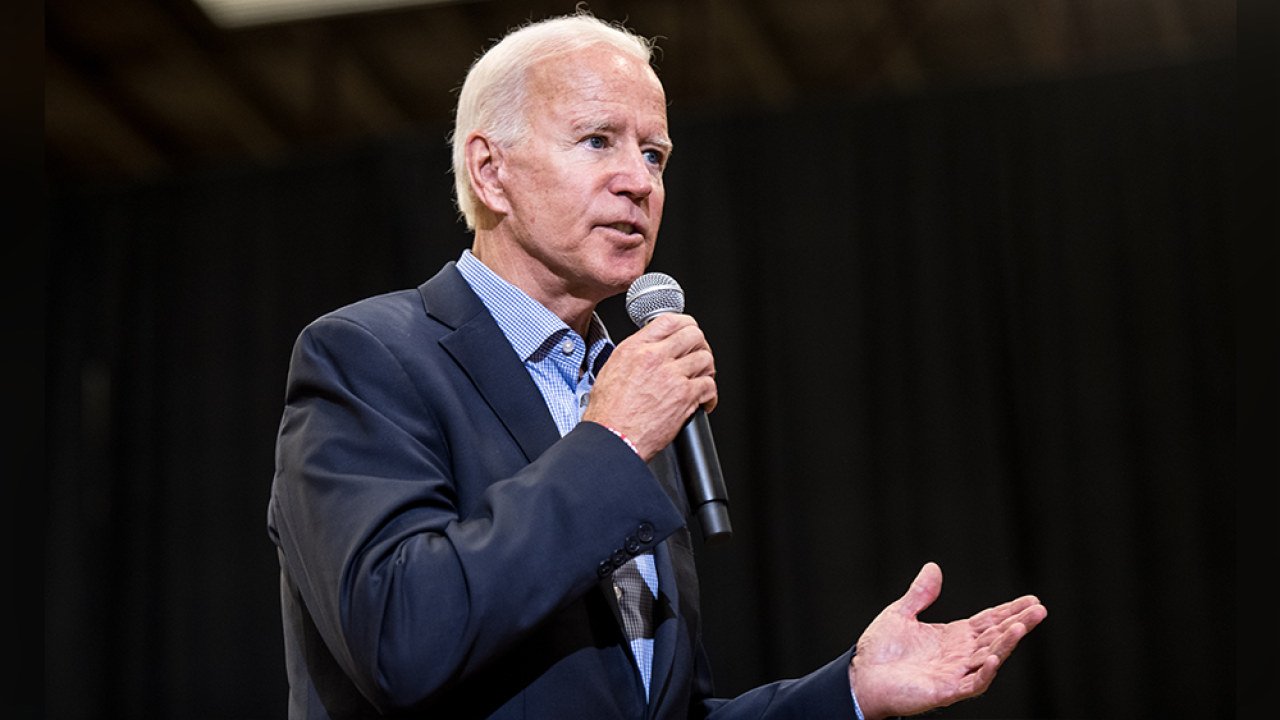 MILWAUKEE, Wis. -- Joe Biden will not be traveling to Milwaukee to accept the Democratic presidential nomination, the Democratic National Convention Committee announced Wednesday.

The DNCC said Biden would not be accepting the nomination at the Democratic National Convention, which is scheduled to begin on Aug. 17, citing coronavirus as the reason.

Other speakers for the DNC will also no longer travel to Milwaukee. Biden will instead accept the nomination in Delaware.

“From the very beginning of this pandemic, we put the health and safety of the American people first. We followed the science, listened to doctors and public health experts, and we continued making adjustments to our plans in order to protect lives. That’s the kind of steady and responsible leadership America deserves. And that’s the leadership Joe Biden will bring to the White House,” said DNC Chair Tom Perez in a press release.

“2020 will always be remembered as a year of once-in-a-lifetime challenges and changes—but it will also be remembered as a time when Americans were their most compassionate and resilient selves. While we wish we could move forward with welcoming the world to beautiful Milwaukee in two weeks, we recognize protecting the health of our host community and everyone involved with this convention must be paramount,” said Joe Solmonese, CEO of the 2020 Democratic National Convention.

The convention is scheduled to take place at the Wisconsin Center Aug. 17 through Aug. 20.

BREAKING NEWS: @DNC announces that @JoeBiden and others will NOT be coming to Milwaukee for #DNC2020 @tmj4 pic.twitter.com/TQT81upAXm

Wisconsin Gov. Tony Evers released a statement in support of Biden and the DNC's decision.

"The upcoming Democratic convention is different than we’d imagined. A lot has changed since we set out on this journey more than a year ago now, but the one thing that hasn’t is Democrats’ commitment to putting health and safety first," said Evers. "It has never been more important for elected officials to lead by example—that’s the kind of leader Joe is, and that’s the kind of president we need. I know he will continue to have a presence in Wisconsin, virtually or otherwise, and I look forward to doing everything we can to win Wisconsin."

This story was originally published by Mayra Monroy at WTMJ.