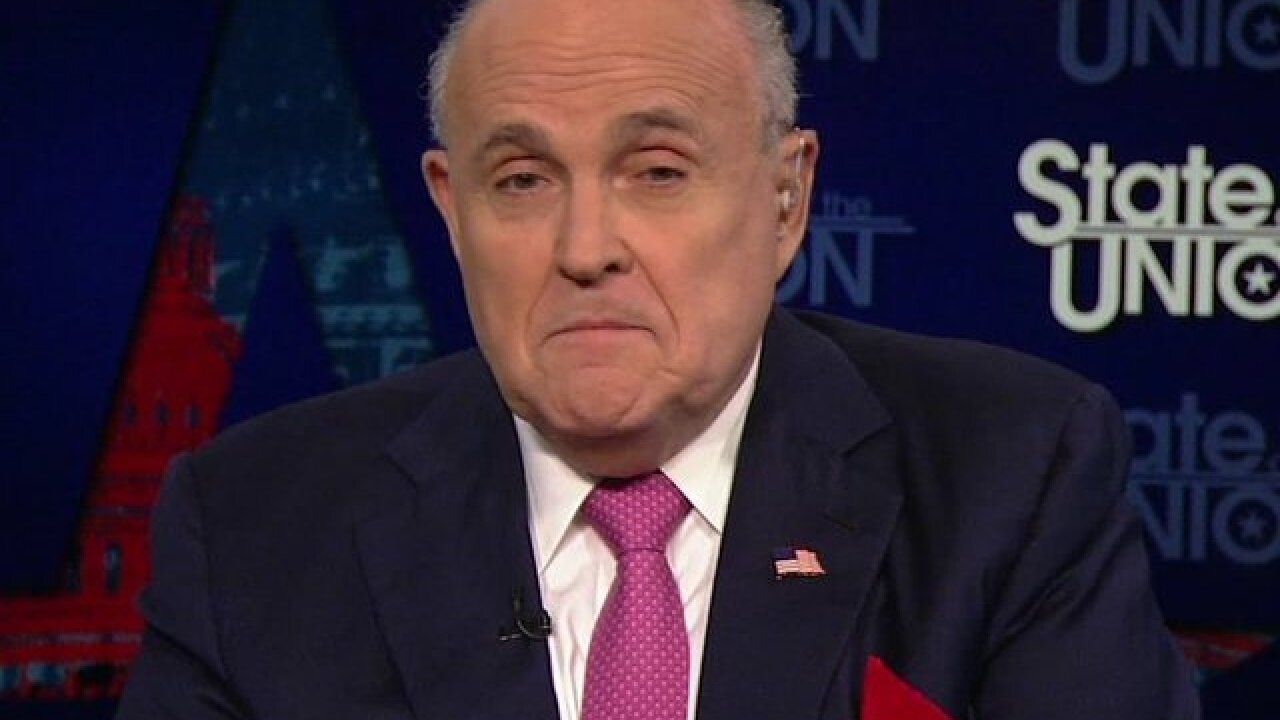 Rudy Giuliani confirmed on Sunday that the White House contested a request from the special counsel to interview White House chief of staff John Kelly.

Giuliani, in an interview with CNN's Dana Bash on "State of the Union," also spoke about the latest preconditions he is demanding for an interview between the special counsel and President Donald Trump.

Asked about a report in The New York Times that included news of the pushback against special counsel Robert Mueller's request for an interview with Kelly, Giuliani said the special counsel team was dealing with White House attorney Emmet Flood on that issue.

Flood, according to the Times, sought to learn what investigators wanted to ask Kelly and narrow topics for the interview.

Giuliani acknowledged the White House not agreeing to an interview with a member of Trump's staff was new, given that other key staffers, including Trump's son-in-law and adviser Jared Kushner, have spoken with investigators. But Giuliani pivoted to criticizing the special counsel team itself, noting the recently released report from Department of Justice Inspector General Michael Horowitz.

"Yeah, but I think this is new, saying no, after the Horowitz report," Giuliani said. "After, hey, I would like to see texts from all the people working for Mueller."

The same Times report that noted the pushback on an interview with Kelly said Trump's legal team demanded the special counsel's team prove it has evidence of Trump committing a crime and that it needs testimony from the President to conclude its probe before Trump would agree to an interview.

In his interview on Sunday, Giuliani sought to clarify his remarks in the report saying they were demanding proof.

"I didn't say they have to prove a crime," Giuliani said. "What I said was they have to give us a factual basis, meaning some suspicion of a crime."

Giuliani said in a separate interview on NBC's "Meet the Press" that they had "pretty much decided" where they were with regard to an interview.

"We would not recommend an interview for the President unless they can satisfy us that there is some basis for this investigation," Giuliani said.