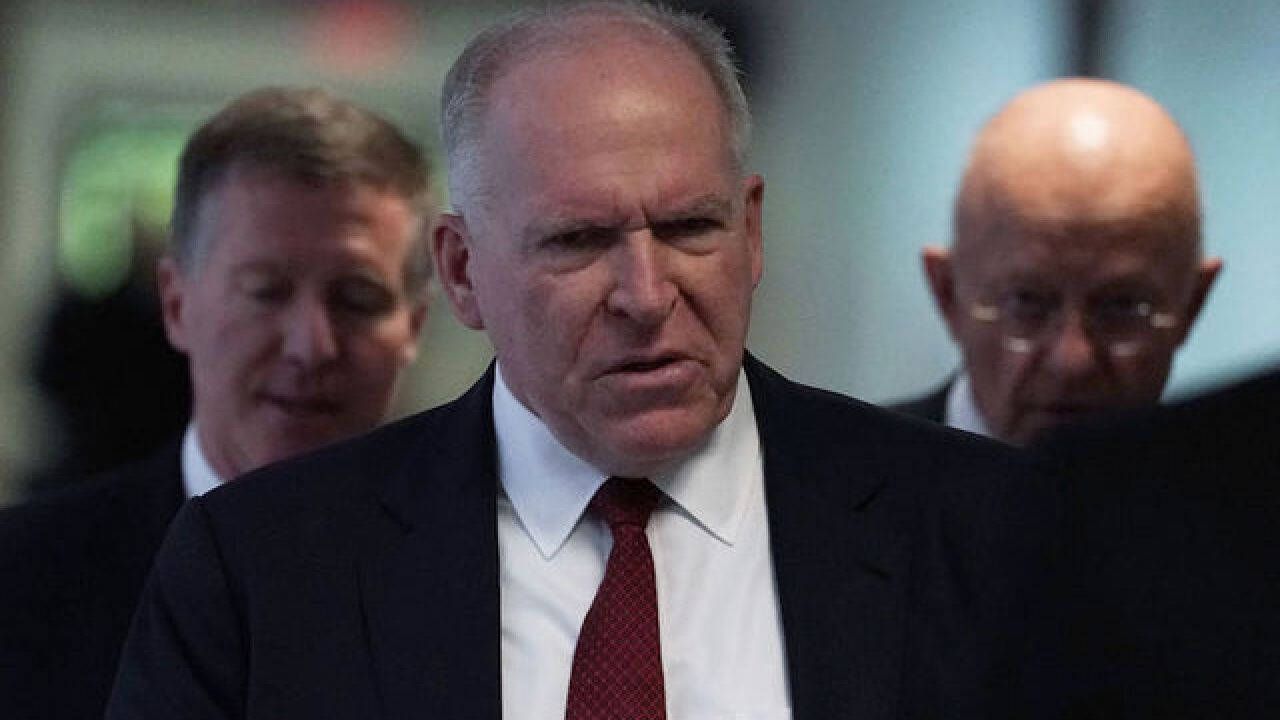 One hundred and seventy-five former US officials spanning service across intelligence agencies, the State Department, the National Security Council and the Department of Defense added their names on Monday to a list of intelligence officials denouncing President Donald Trump's decision to revoke former CIA Director John Brennan's security clearance.

"All of us believe it is critical to protect classified information from unauthorized disclosure. But we believe equally strongly that former government officials have the right to express their unclassified views on what they see as critical national security issues without fear of being punished for doing so," the letter states.

"Our signatures below do not necessarily mean that we concur with the opinions expressed by former CIA Director Brennan or the way in which he expressed them," the group statement added. "What they do represent, however, is our firm belief that the country will be weakened if there is a political litmus test applied before seasoned experts are allowed to share their views."

A similar statement was first signed by more than a dozen former intelligence officials last week. Sixty former CIA officials added their names to the statement soon after.

Brennan has been a fierce critic of Trump -- going so far as to calling Trump's actions alongside Russian President Vladimir Putin in a news conference after their summit in Helsinki, Finland, "nothing short of treasonous."

Monday's additions to the list denouncing Trump's revocation of Brennan's clearance include former US Ambassador to Russia Michael McFaul. CNN reported in July that Trump was entertaining a proposal raised by Putin in their summit talks that would allow Russians to interrogate US officials, including McFaul, in exchange for allowing special counsel Robert Mueller to interrogate suspected Russian hackers accused of interfering in the 2016 American election. The White House later said Trump disagreed with the proposal.

Other signees to the original statement include former director of the CIA and National Security Agency Michael Hayden and former Director of National Intelligence James Clapper. Both have been outspoken against Trump and both are included on a list of officials whose security clearances the administration is considering pulling.

Brennan, who served under President Barack Obama, was one of the intelligence chiefs who signed off on the intelligence community's January 2017 assessment that Russia interfered with the intent to help Trump and to hurt Hillary Clinton.