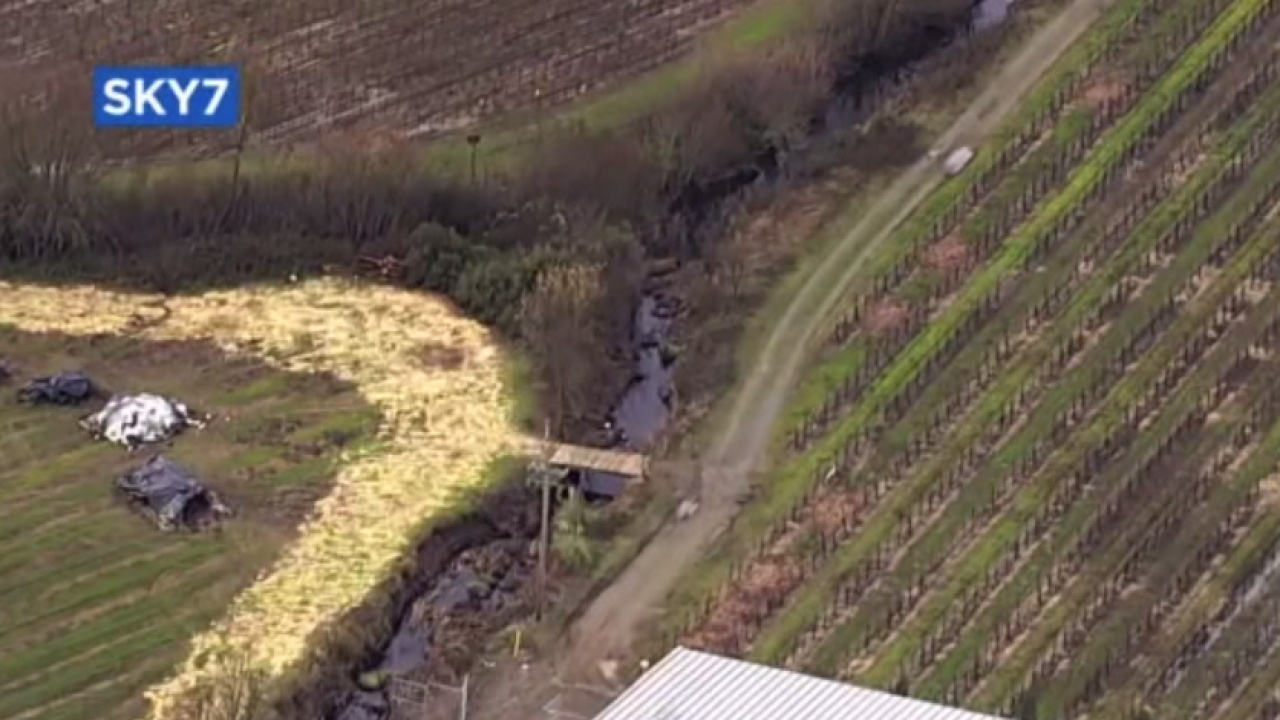 Nearly 100,000 gallons of red wine spilled from a tank at a vineyard in Sonoma County, California on Wednesday.

Much of it spilled into drains and vineyard ponds. Once the ponds overflowed, the wine made its way to a creek that flows into the Russian River.

"We feel like not that much wine got into the waterway," said Christopher O’Gorman, of Rodney Strong Wine Estates in Healdsburg. "We are investigating the other tanks. We've moved wine out of that area to prevent any future leaks as well."

There's been no reports of any fish kills although the acidity of the wine could kill some of the insects fish eat. Several state agencies are now investigating, according to ABC.

"We're investigating what appears to be a mechanical failure, we're not entirely sure of that at this point, but were deeply deeply concerned about this leak and protecting our waterways here in Sonoma County," said O’Gorman.

ABC News reports the spilled cabernet sells for $27 a bottle, so it's likely millions of dollars worth of inventory was lost.