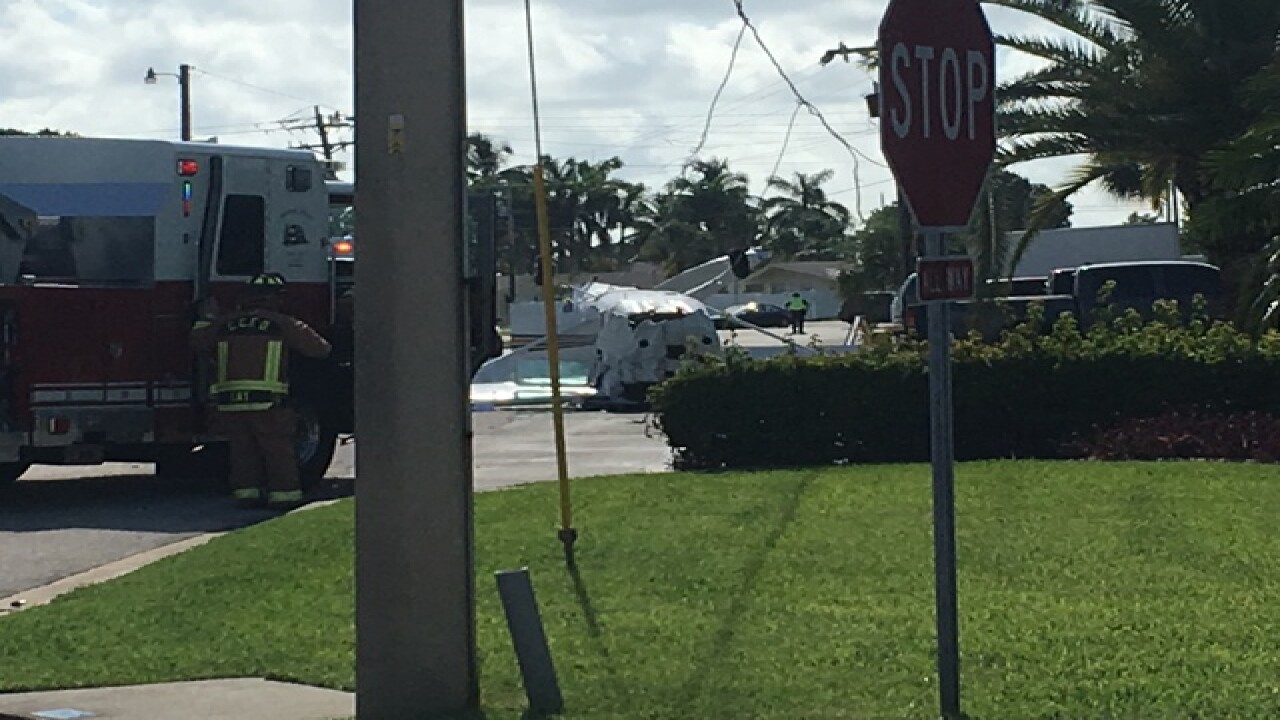 CAPE CORAL, Fla. -- A small plane crash is under investigation near Cape Coral Parkway this morning.

It happened shortly before 10 a.m. Friday on Miramar Street in front of the Dolphin Key Resort, just south of Cape Coral Parkway near Del Prado Boulevard.

One person was in the plane at the time, and was seen walking away from the wreckage.  He reportedly was transported to the hospital as a trauma alert.

The FAA confirms the plane was a Cessna 172, and that they will investigate the crash.

Power outages are reported in the area of Miramar Street and Vincennes Court.  LCEC reports that about 1,800 customers were without power in the area, but by 2:30 pm, all power was restored.

This is the 2nd small plane crash in Southwest Florida in recent weeks.  Just two weeks ago, one person was killed and another injured when a plane crashed at the Chico's headquarters on Metro Parkway.

MORE: PHOTO GALLERY FROM THE SCENE