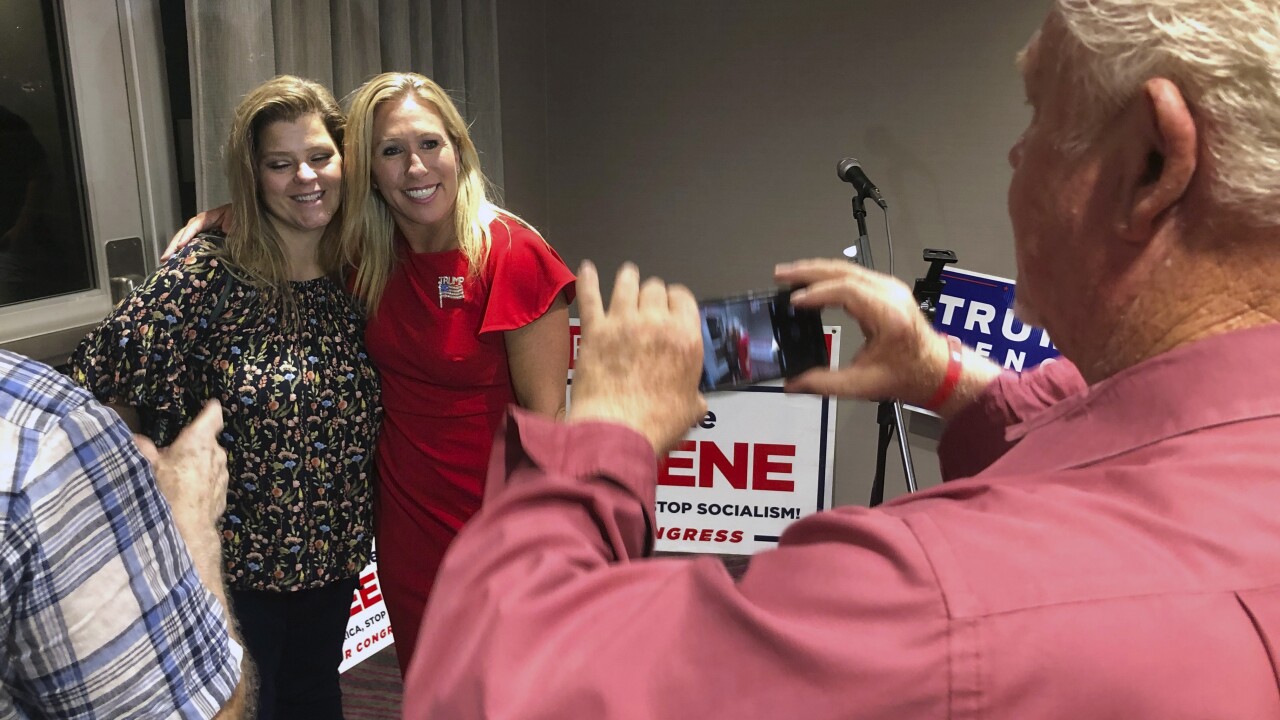 ATLANTA (AP) — Marjorie Taylor Greene has won the Republican nomination for Georgia’s 14th Congressional District. She’s a businesswoman who has expressed support for the far-right conspiracy theory QAnon and been criticized for a series of racist comments.

Neurosurgeon John Cowan was defeated in the primary runoff for the open seat on Tuesday.

Greene's victory comes despite several GOP officials denouncing her campaign after videos surfaced in which she expresses racist, anti-Semitic and anti-Muslim views. She has responded to the criticism by blasting “the fake news media” and “the DC swamp.”

Her victory comes in a deep-red area in northwest Georgia.