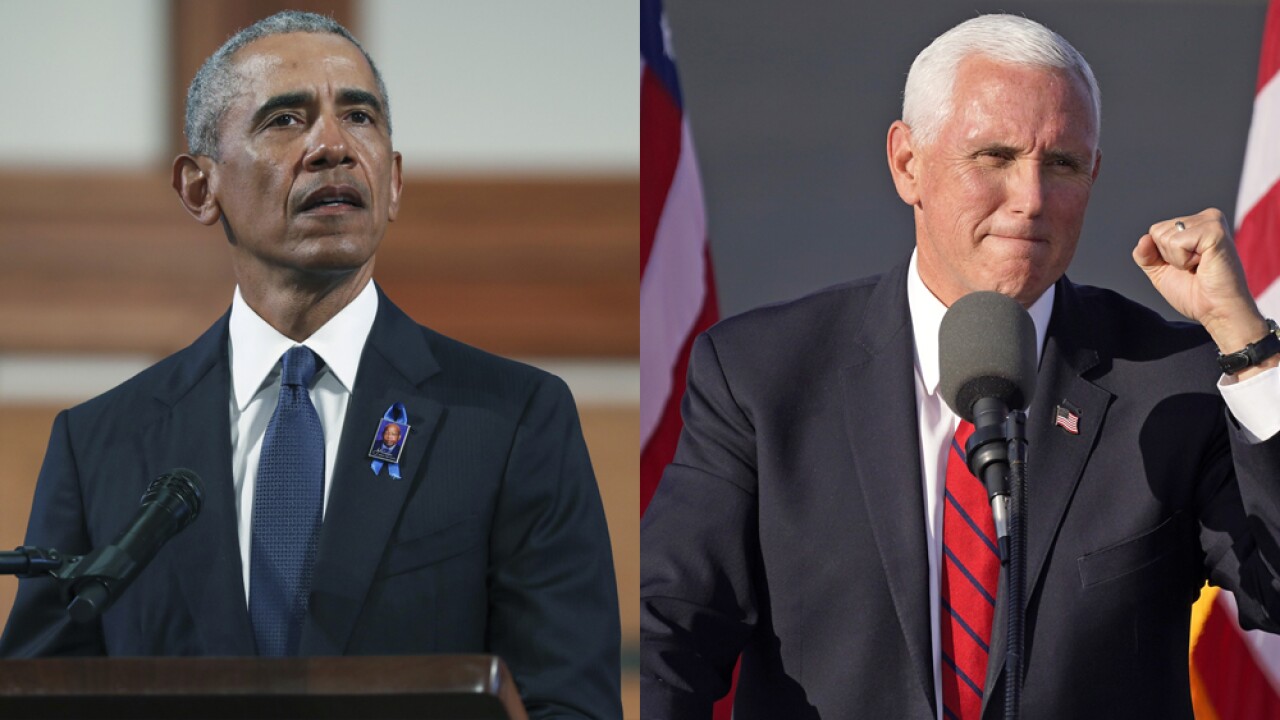 With election day quickly approaching, both the Republican and Democratic parties are bringing out key players to campaign ahead of November 3.

One of the crucial states they are focusing on is Florida.

Saturday, former President Barack Obama will be in the Sunshine State for a drive-in rally in Miami representing Joe Biden. That event is scheduled for 2:45 p.m.

Just 45 minutes later at 3:30 p.m. and a little farther north, Vice President Mike Pence will be speaking in Lakeland on behalf of President Trump.

The latest polling data from Florida shows the race is very close, with a Rasmussen poll showing Trump up by four points, and St. Pete Polls showing Biden up by two points.

Former President Obama's drive-in rally will be shown below at 2:45 p.m. Saturday:

Vice President Pence's rally will be shown below at 3:30 p.m. Saturday: