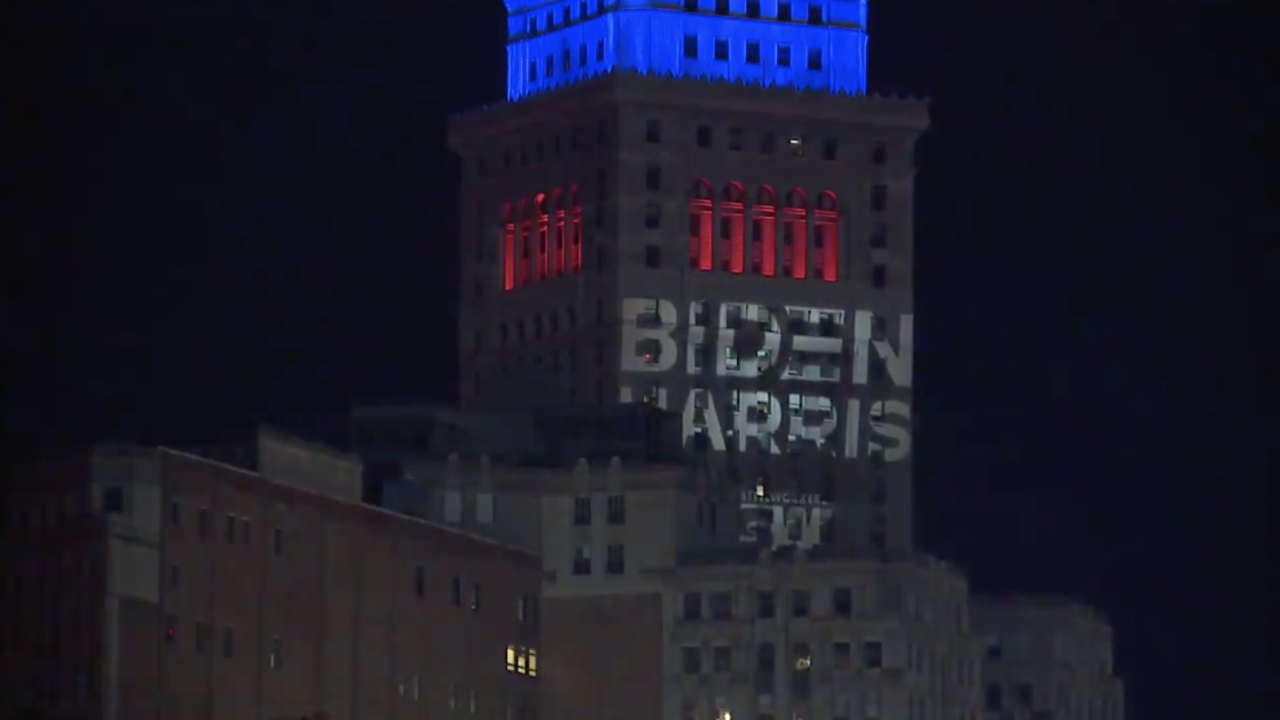 CLEVELAND — A skyscraper in Cleveland was lit up Tuesday morning with the Biden-Harris campaign logo ahead of the first presidential debate, which will take place Tuesday evening.

Douglas E. Price III, CEO of K&D Management Group, which owns the Terminal Tower, said the placement of the "Biden-Harris" projection was unauthorized and that the group does not endorse any candidate.

“It saddens me that someone would hijack Terminal Tower for political purposes. K&D Group supports many good causes with our lighting displays. We always strive to be non-political," Price said.

The United Steelworkers Union claimed credit for the vigilante projection.

Union officials first attempted to light up Rocket Mortgage FieldHouse — the home of the NBA's Cleveland Cavaliers — before moving over to the Terminal Tower.

United Steelworkers have also lit up buildings in Pittsburgh with the Biden campaign logo.

Completed in 1930, the Terminal Tower is the second-tallest building in downtown Cleveland and an iconic part of the city's skyline.

This story was originally published by Kaylyn Hlavaty on WEWS in Cleveland.