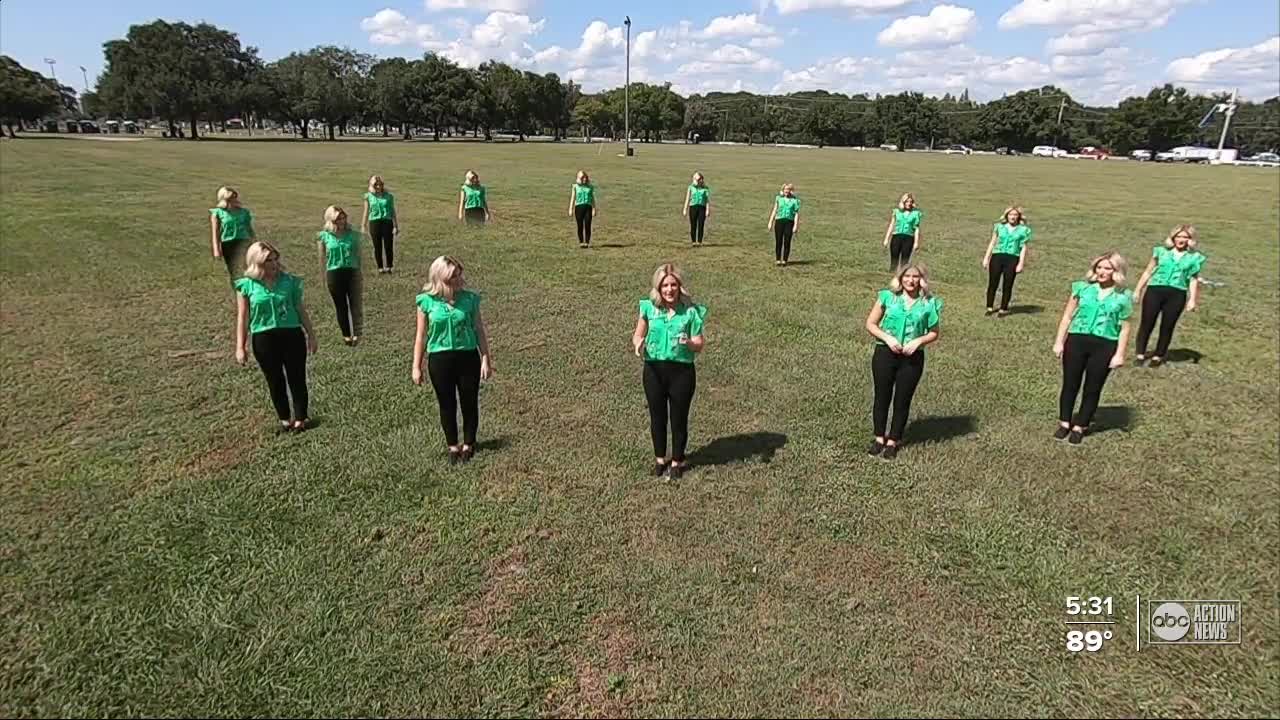 According to the CDC's Morbidity and Mortality Weekly Report, one person at the hockey game went on to infect at least 14 others. TAMPA, Fla. -- We've seen it across the country, events turning into super-spreaders for the coronavirus, and now a new CDC report says a Tampa Bay area amateur hockey game became one earlier this summer.

Experts are still learning a lot when it comes to super-spreaders, and while there’s no precise medical definition, the general consensus as outlined by Dr. Thomas Unnasch, a Distinguished Professor at USF, is, “An event where a single individual results in the infection of multiple secondary contacts.”

That’s exactly what happened at that hockey game in the Bay area back on June 16.

The article, outlined in the CDC’s Morbidity and Mortality Weekly report, authored by staff members of the Hillsborough County, Pinellas County and Florida Departments of Health, states that one infected player at the hockey game likely went on to infect at least 14 others.

The facility where the game was held was not named in the report, but it states that the game included men aged 19-53 years old. The article went on to say that each hockey team had 11 players, there was one spectator inside the arena, two referees and at least one ice rink staff member.

According to the CDC’s report, 14 hockey players ended up with COVID-19, as well as one ice rink employee.

However, the article also states, “A limitation of this investigation was that not all players from the game sought testing, and asymptomatic infections were possibly not identified.”

The authors say cloth face coverings were not worn during the game nor in the locker rooms.

This event represents one of the few published reports regarding COVID-19 transmission associated with specific sporting events.

“The indoor space and close contact between players during a hockey game increase infection risk for players and create potential for a superspreader event, especially with ongoing community COVID-19 transmission. Superspreader events, in which one infectious person infects many others, can lead to explosive growth at the beginning of an outbreak and facilitate sustained transmission later in an outbreak.”

While there are few instances of documented sporting events leading to COVID-19 outbreaks, "super-spreaders" are not unheard of. In fact, experts, including Dr. Unnasch, believe that the majority of COVID-19 transmission has come from a small group of people called “super-spreaders,” who have higher amounts of the virus than the average person.

The problem is, there’s no real way to identify them.

“Probably about 1 in 300 or 1 in 500 people that are walking around out there in Hillsborough County right now or possibly in our state are super-spreaders,” said Dr. Unnasch.

So your best bet to avoid infection is limiting how many people you’re around, and ensuring both parties are wearing masks when you do come into contact with people.

But as was the case with that June hockey game, which was inside an empty arena, where one person infected more than half of the players and an ice rink staff member, there’s always a risk.