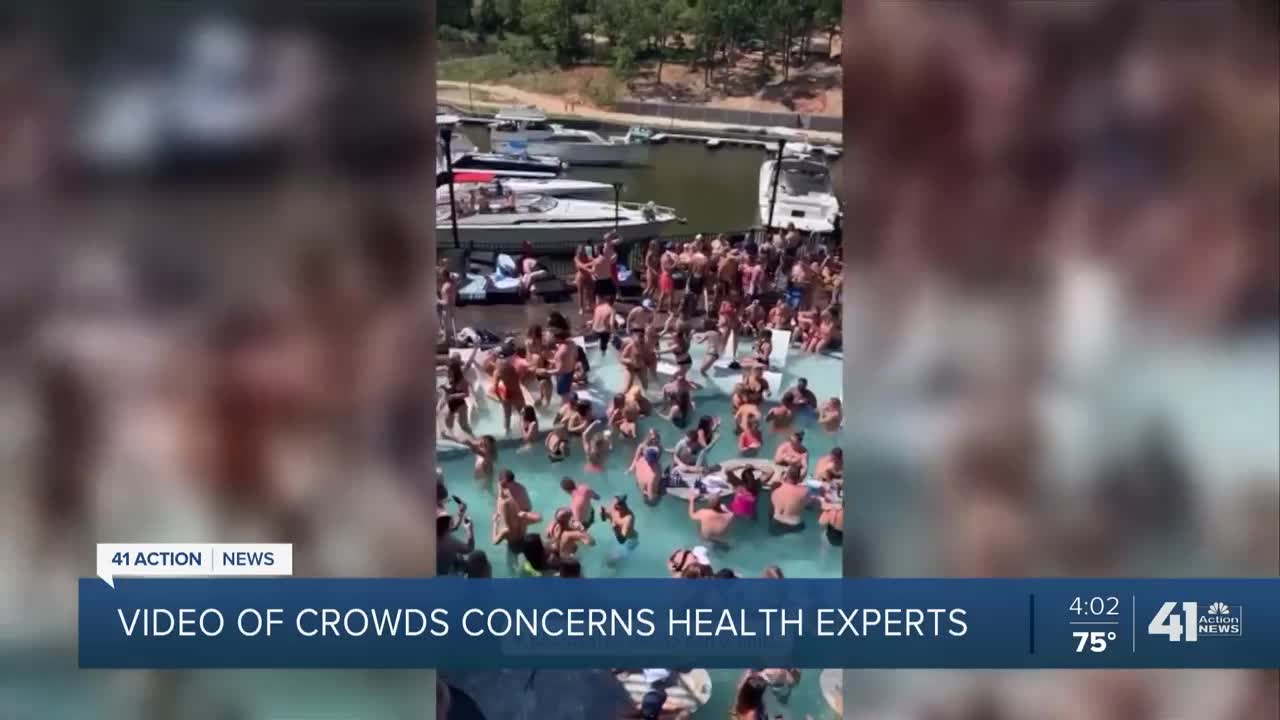 Kansas City area health experts react to video from the Lake of the Ozarks that shows large groups of people swimming with social distancing not being maintained. 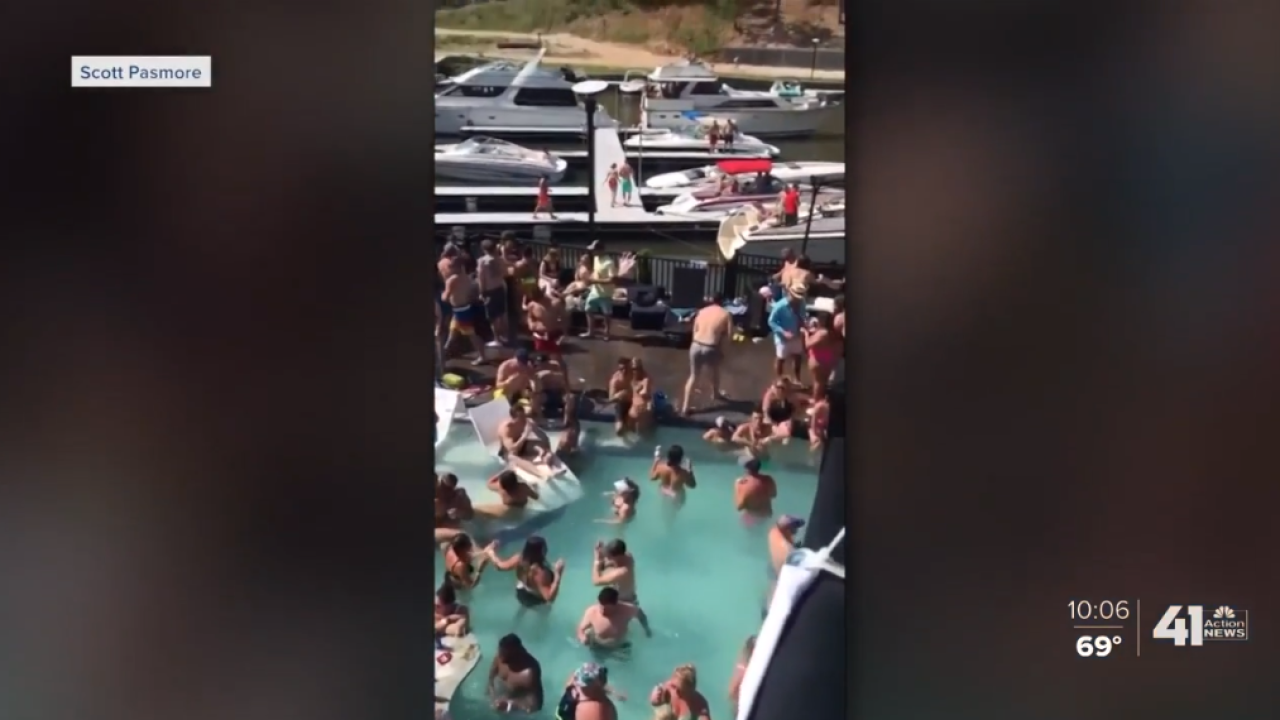 This year’s Memorial Day weekend at Lake of the Ozarks businesses was “busier than any year,” according to one proprietor.

Robin's Resort owner Bill Morgan said that most people at his business “were practicing social distancing,” though the size of the crowds – including those seen in a viral video that circulated over the weekend – were not surprising.

"What you saw in that video is the norm for those types of places even without what's going on now,” Morgan said.

Local health experts, however, see large gatherings as a concern as phased reopenings are underway. They said activities seen in videos from the Lake of the Ozarks are risky, even if you're healthy.

"Those large groups with strangers, you may never have contact with someone again and know if they get symptoms in a couple of days,” Dr. Sarah Boyd, an infectious disease physician at St. Luke's Health System, said. “Those things all just increase that risk of spread to other parts of our communities.”

Experts like Ray Dlugolecki, of the Jackson County Health Department, stressed the need to take proper precautions for oneself and neighbors.

"It would be disastrous to move backwards because we can't take part in sensible precautions like mask wearing, social distancing, hand washing," Dlugolecki said.

Larry Giampa, owner of Blondies Burger Bar, is concerned about those crowds.

The Camden County Sheriff's Office released a statement on Monday, that said "social distancing is not a crime and there the sheriff's office has no authority to enforce."

It also said that the sheriff’s office hopes visitors "exhibit personal responsibility when at the lake.

This article was written by Dan Cohen for KSHB.