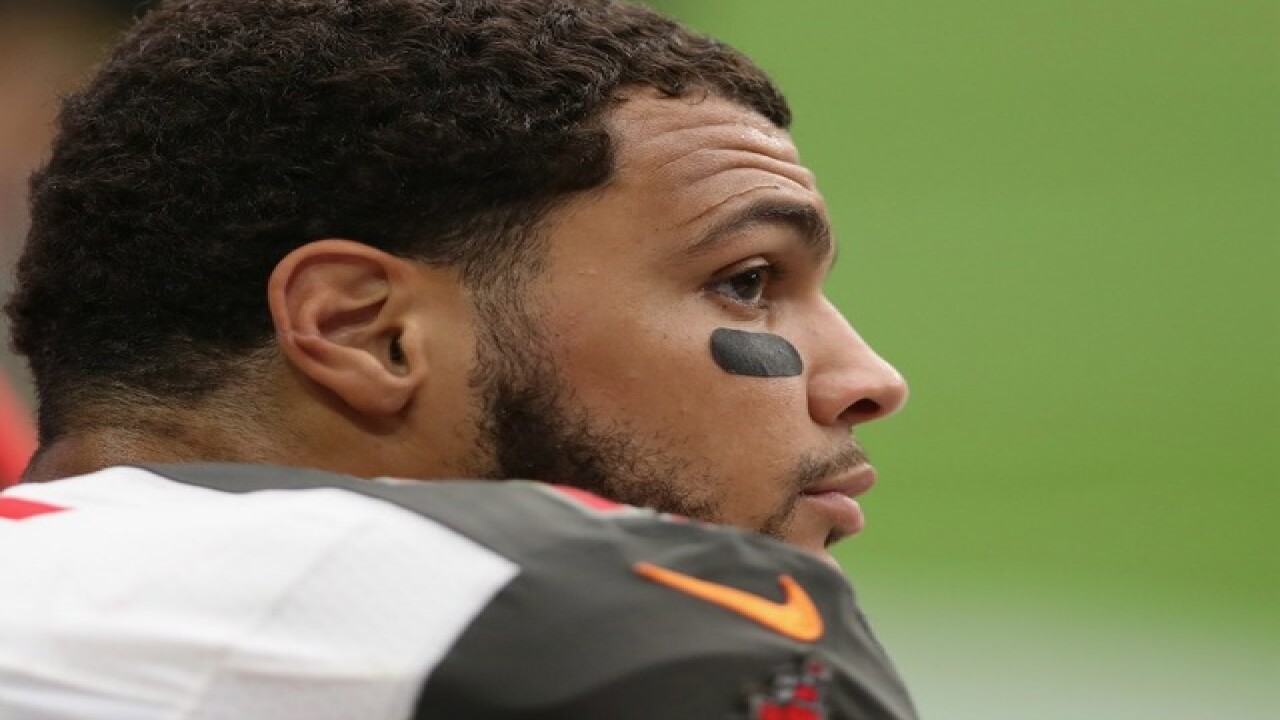 Just days after Tampa Bay Buccaneers wide receiver, Mike Evans, made headlines for sitting during Sunday's national anthem as a way to protest President-Elect Trump, he's now issuing an apology and promising to stand in the future.

This statement comes after multiple reports on social media that the wide receiver didn't vote on Election Day.

Evans' agent, Josina Anderson, tweeted out the apology at 10:02 a.m. on Tuesday.

Evans says he apologizes to the members of the U.S. military, their families and the Tampa Bay fans who were offended by his actions before the Tampa Bay Buccaneers took on the Chicago Bears on Sunday afternoon.

He explained that he had strong emotions toward some of the issues that exist right now.

Then he went on to promise to stand during future National Anthems and he would focus his efforts on finding more effective ways to communicate the issues he feels so strongly about.

I want to start by apologizing to all the U.S. military members, their families, and the fans who I offended by my actions on Sunday. It was never my intention as I have tremendous respect for the men and women who serve our country.

I have very strong emotions regarding some of the many issues that exist in our society today. I chose to sit as an expression of my frustration towards this year’s election. It was very personal for me, as it was for so many Americans.

With that being said, I will not sit again during the National Anthem because I want to focus my efforts on finding more effective ways to communicate my message and bring about change by supporting organizations and movements that fight for equal rights for minorities.

This Sunday, I will be back to standing with my teammates.