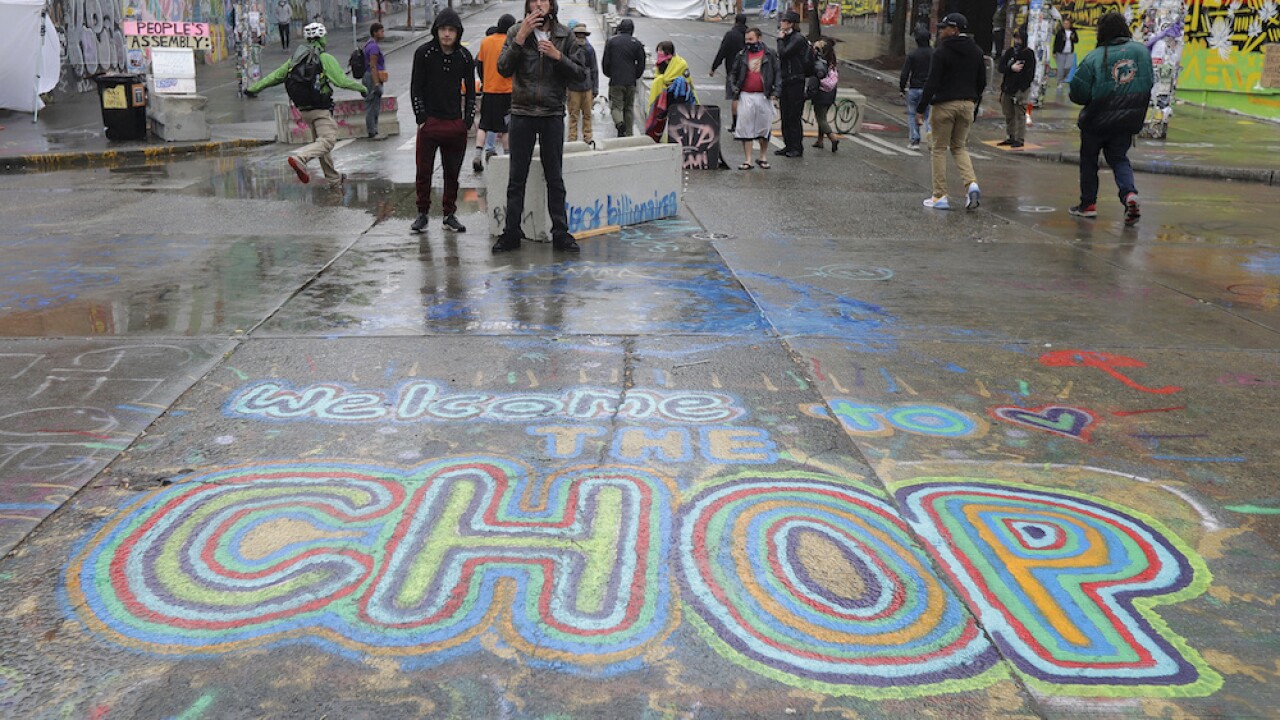 Copyright 2020 The Associated Press. All rights reserved.
Ted S. Warren/AP
A sign on the street reads “Welcome to the CHOP” as protesters stand near barricades, Tuesday, June 30, 2020 at the CHOP (Capitol Hill Occupied Protest) zone in Seattle. Seattle Department of Transportation workers removed barricades about a block away Tuesday at the intersection of 10th Ave. and Pine St., but protesters quickly moved couches, trash cans and other materials in to replace the cleared barricades. The area has been occupied by protesters since Seattle Police pulled back from their East Precinct building following violent clashes with demonstrators earlier in the month. (AP Photo/Ted S. Warren)

According to the Seattle Times and KOMO-TV, about a dozen protesters were arrested Wednesday morning as police ordered those present to leave the area.

Demonstrators have occupied the Capitol Hill neighborhood of Seattle for about three weeks. The protesters moved in earlier this month after police abandoned the department's East Precinct — which is located in the neighborhood — over fears of riots.

While the occupation was largely peaceful for several weeks, the area has seen four shootings since June 20, some of them deadly.

The protests began in the wake of the death of George Floyd, and were part of a nationwide protest movement against systemic racism and police brutality.

Last month, CHOP leadership released a list of demands calling for the abolishment of the Seattle Police Department, a retrial for all people of color serving prison sentences for violent crime and the de-gentrification of the city, among other demands.