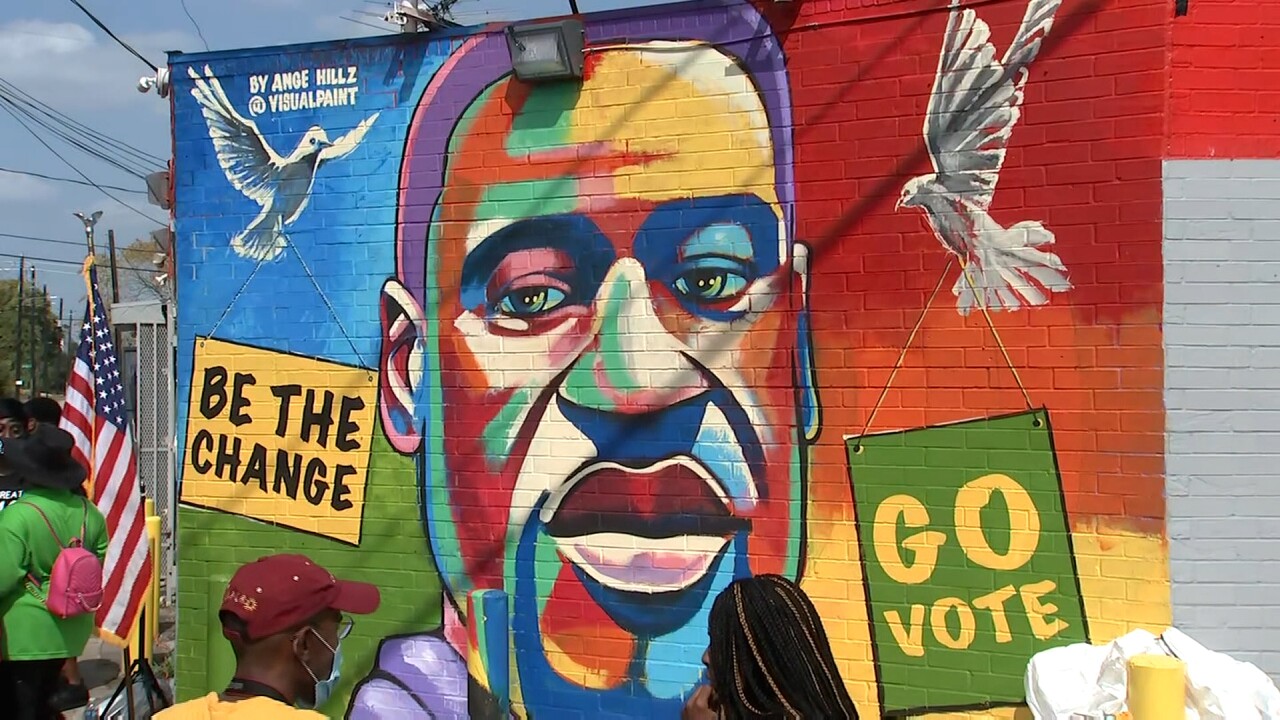 George Floyd would have turned 47 years old Wednesday. In honor of his birthday, a new mural in Houston was unveiled showing Floyd’s image alongside messages encouraging people to vote.

The brightly colored mural has two signs reading “be the change” and “go vote.” Floyd was born in Houston and a regular customer at the corner store where the mural is painted.

He died in Minneapolis in May after an officer knelt on his neck while taking him into custody. The incident was caught on camera and shared widely on social media. Many were outraged, and held demonstrations and protests around the country calling for police reform.