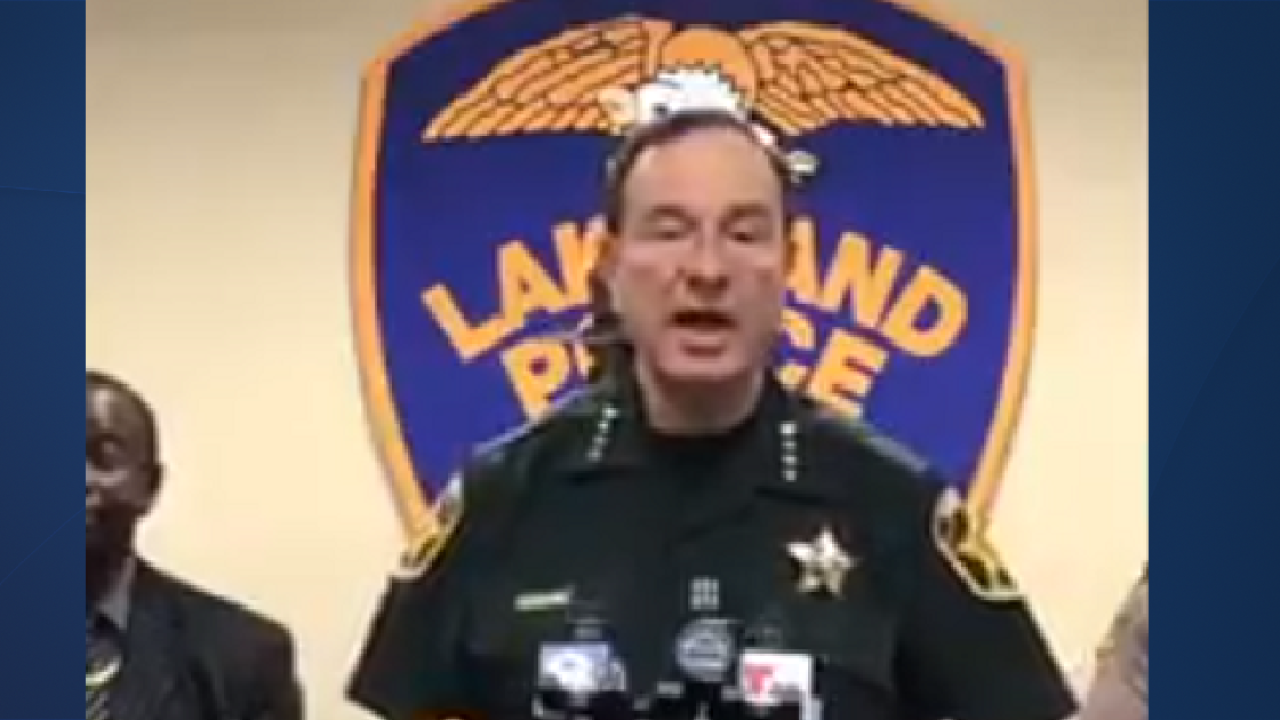 Polk Co. Sheriff Grady Judd has a strong message for criminals wanting to wreak havoc in his county.

Monday, Sheriff Judd said that the sheriff's office had received information that some people were planning to "take their criminal conduct into the neighborhoods."

"I would tell them if you value your life you probably shouldn't do that in Polk County," Judd asserted. "The people of Polk County like guns, they have guns, I encourage them to own guns and they're going to be in their homes tonight with their guns loaded."

During that Monday press conference, Sheriff Judd left a grave warning for looters.

"If you try to break into their homes to steal, to set fires, I'm highly recommending that they blow you back out of their house with their guns," said Sheriff Judd.

The protests stem from the death of George Floyd while in the custody of Minneapolis Police.