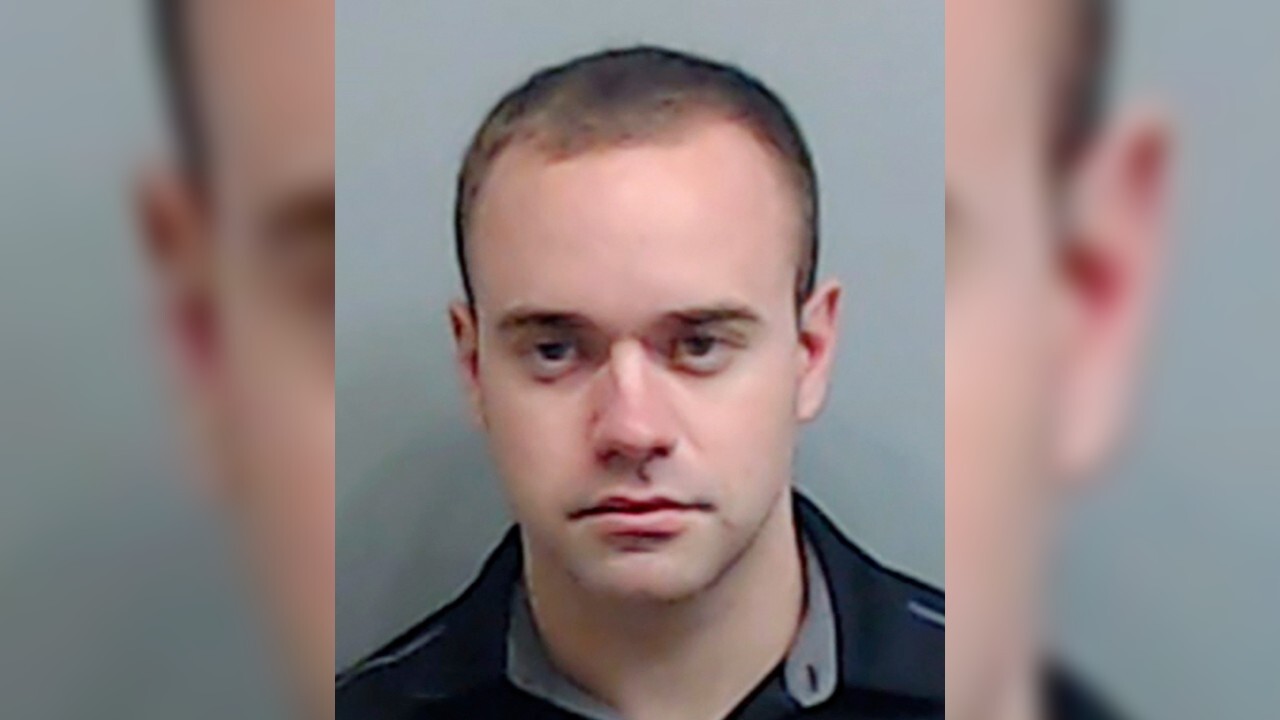 (Fulton County Sheriff's Office via AP)
In this booking photo made available Thursday, June 18, 2020 by the Fulton County, Ga., Sheriff's Office, shows Atlanta Police Officer Garrett Rolfe. Rolfe, who fatally shot Rayshard Brooks in the back after the fleeing man pointed a stun gun in his direction, was charged with felony murder and 10 other charges. Rolfe was fired after the shooting.

ATLANTA —The former Atlanta police officer who shot and killed Rayshard Brooks on June 12 has been released from jail after posting bond, local TV stations WXIA and WGCL report.

A judge on Tuesday set a bond of $500,000 for Garrett Rolfe, who faces charges including felony murder in the killing of the 27-year-old Black man.

WXIA reports that Rolfe will now have to wear an ankle monitor, surrender his passport, adhere to a curfew, and he can’t possess a firearm.

In a statement obtained by WXIA and WGCL, attorneys representing the Brooks family said they’re disappointed that Rolfe was granted bond, but they understand it’s just one step in a long quest for justice.

Rolfe fatally shot Brooks in the back when Brooks fired a Taser in his direction while running away after a struggle on. Rolfe is white.

Felony murder convictions are punishable by a minimum sentence of life in prison.

The shooting happened against the backdrop of demonstrations nationwide over police brutality.