Despite years of talking about change, Florida law enforcement agencies are still made up of predominately white officers. Investigative reporter Katie LaGrone talks to two black police chiefs to find out why. 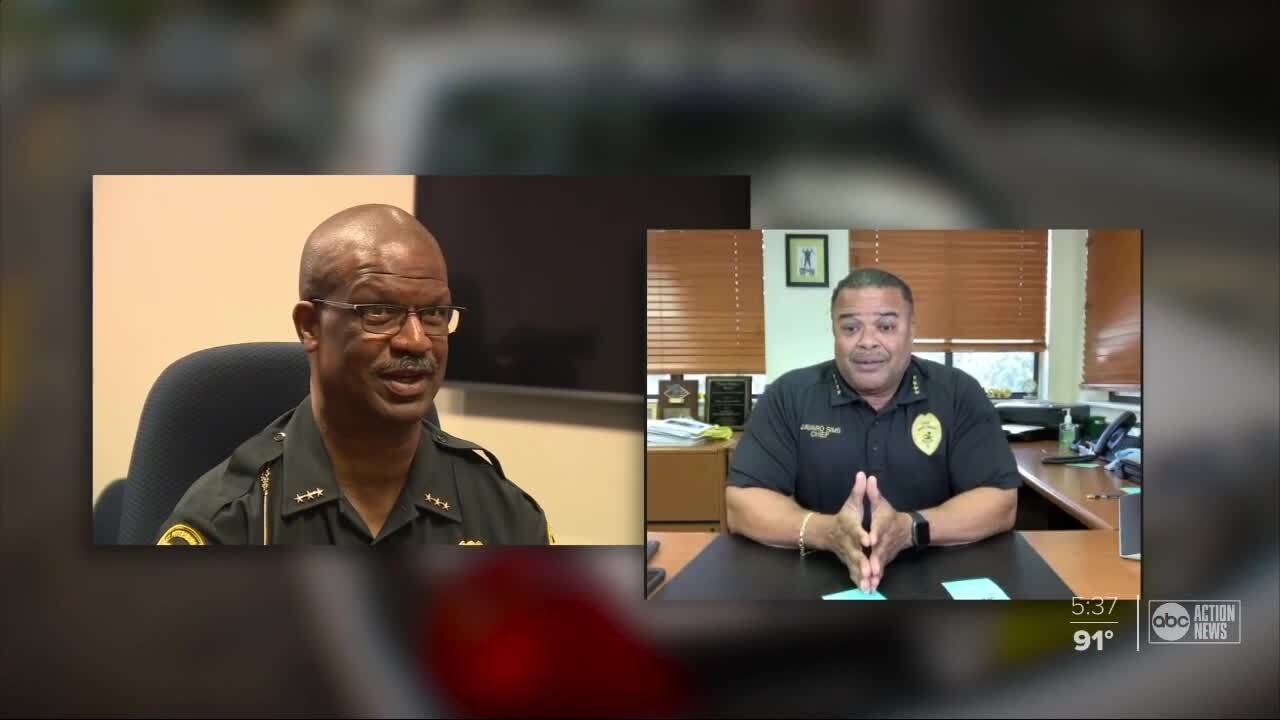 Despite years of talking about change, Florida law enforcement agencies are still made up of predominately white officers. Investigative reporter Katie LaGrone talks to two black police chiefs to find out why.

Black law enforcement officers are still underrepresented in the Sunshine State, our recent analysis found. Our search to understand why led us to two police chiefs who represent two sides of Florida. Both have the same skin color and both have faced the same battle because of it.

“I’ve been in meetings and conferences where there are not many people that look like me and that’s unfortunate,” said Delray Beach Police Chief Javaro Sims, who was promoted to chief last year after 26 years on the force.

In a state where the latest census numbers show 17% of its citizens that are black, we found less than 10% of law enforcement officers patrolling Florida streets are black, according to the latest demographic data publicly available on the Florida Department of Law Enforcement website.

“We want to mirror our community but it’s trying to find those qualified candidates,” said Chief Holloway.

His city is no stranger to racial tensions within its own department. In the 1960s, a dozen black officers later known as the “Courageous 12” sued the city over unequal treatment and, ultimately, won.

Today, the city on Florida’s west coast has a population that’s 22% black and a police force that’s 15% black.

But in Delray Beach, a city less than half the size of St. Petersburg on Florida’s east coast, black citizens make up 31% of the city’s population yet just 13% of its police force is black, state data shows.

“No, it doesn’t work for me,” Chief Sims said, when asked if those numbers were satisfying to him.

“The way things are going right now, it’s hard to find African Americans who want to be a police officer,” said Chief Holloway.

Since he became Chief last year, he said more than 70% of his new officer hires are minorities. Nine of them are black.

“Yes this is definitely a personal goal,” he said.

A goal both Chiefs recognize will be a challenge to meet as long as incidents including Michael Brown and George Floyd continue to happen.

“That African American or minority we hire, he or she has to have some thick skin,” said Holloway.