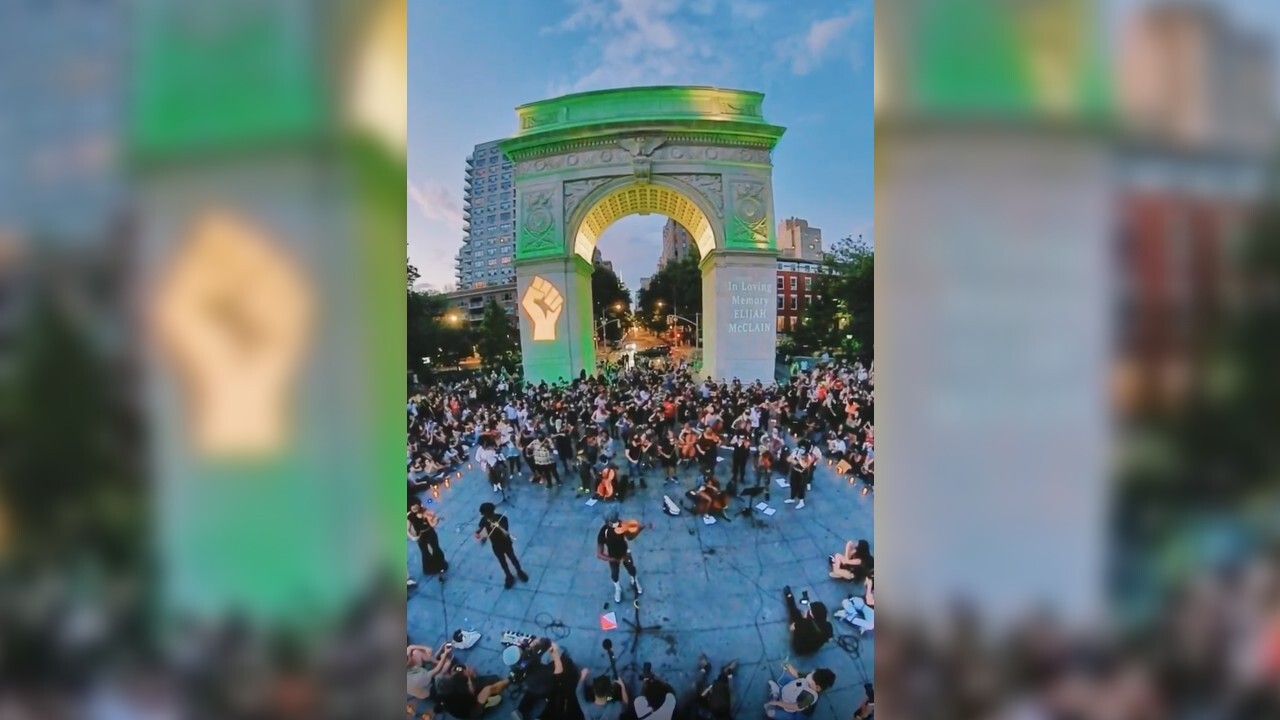 NEW YORK, N.Y. – It’s been nearly a year since the death of Elijah McClain in Colorado, but as people across the U.S. learn of his case, more are calling for justice.

In New York City, a beautiful vigil was held on Monday to honor the life of the 23-year-old man, who played violin.

A crowd of musicians with string instruments gathered in Washington Square Park to play a variety of songs, like “Amazing Grace” and “We Shall Overcome.”

In videos shot by Yuxi Liu, spectators with candles can be seen crowding the Washington Square Arch, where the musicians were playing.

Liu says the vigil wasn’t organized like a formal event, but that’s part of what made it so special. He says there was no rehearsal and you can even see people running up late in his video.

“However, that’s exact the reason why it’s beautiful,” said Liu. “People showed up only because people care. Me and bunch of other photographers showed up because we want to help document the moment.”

There’s been renewed interest in the Elijah McClain case after nationwide protests put a spotlight on past instances of police use of force across the country.

McClain died on Aug. 24, 2019, shortly after being arrested by officers with the Aurora Police Department.

KMGH reports that McClain was walking home after purchasing iced tea at a convenience store when a bystander called 911 to report “a suspicious man wearing a ski mask and waving his arms.” Family says McClain wore the mask because he was anemic and got cold easily.

As police struggled to detain McClain, an officer placed him in a "carotid hold" — a maneuver designed to limit blood flow to the brain. When McClain became unresponsive, paramedics administered a shot of ketamine "due to the level of physical force applied while restraining the subject and his agitated mental state."

Police insist that paramedics were the ones who chose to administer ketamine. Paramedics say the procedure is common in the area.

Now, the Colorado Attorney General’s Office is investigating whether criminal charges are warranted against anyone involved in McClain’s death.