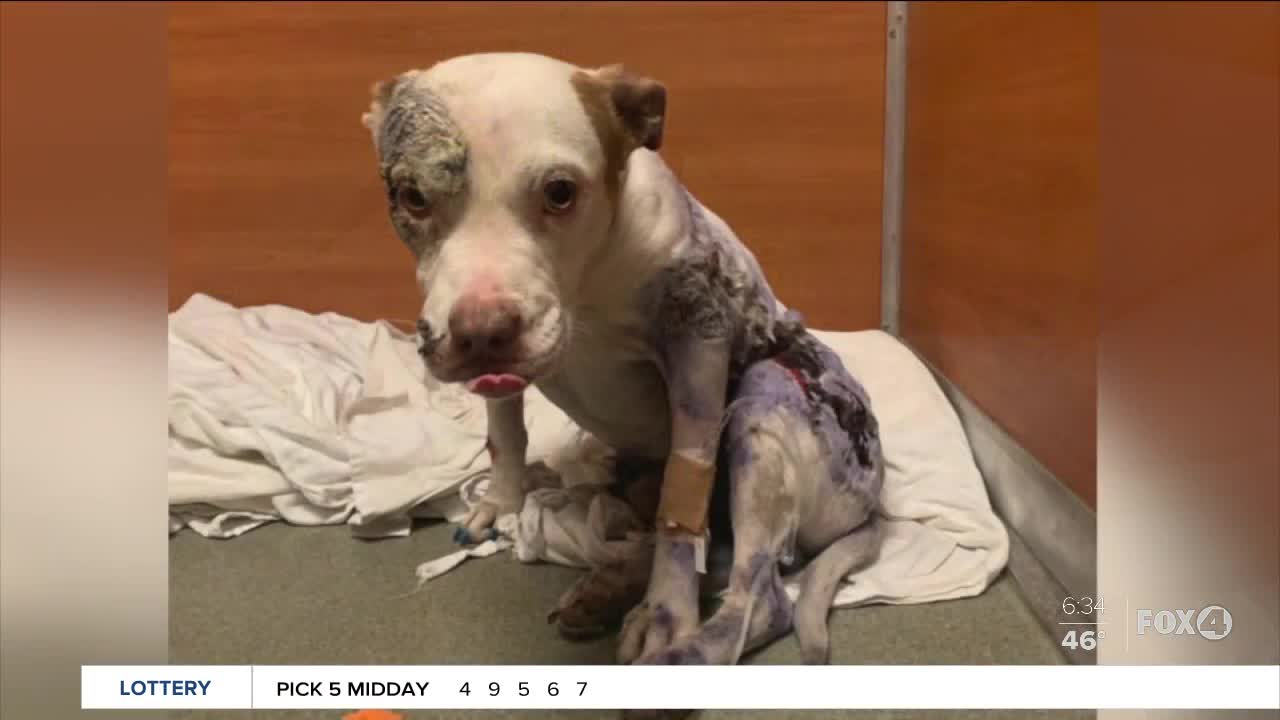 Gabriel was beaten and tortured, and a local veterinarian says it's the worst case he's ever seen. Now his rescuers are seeking justice. 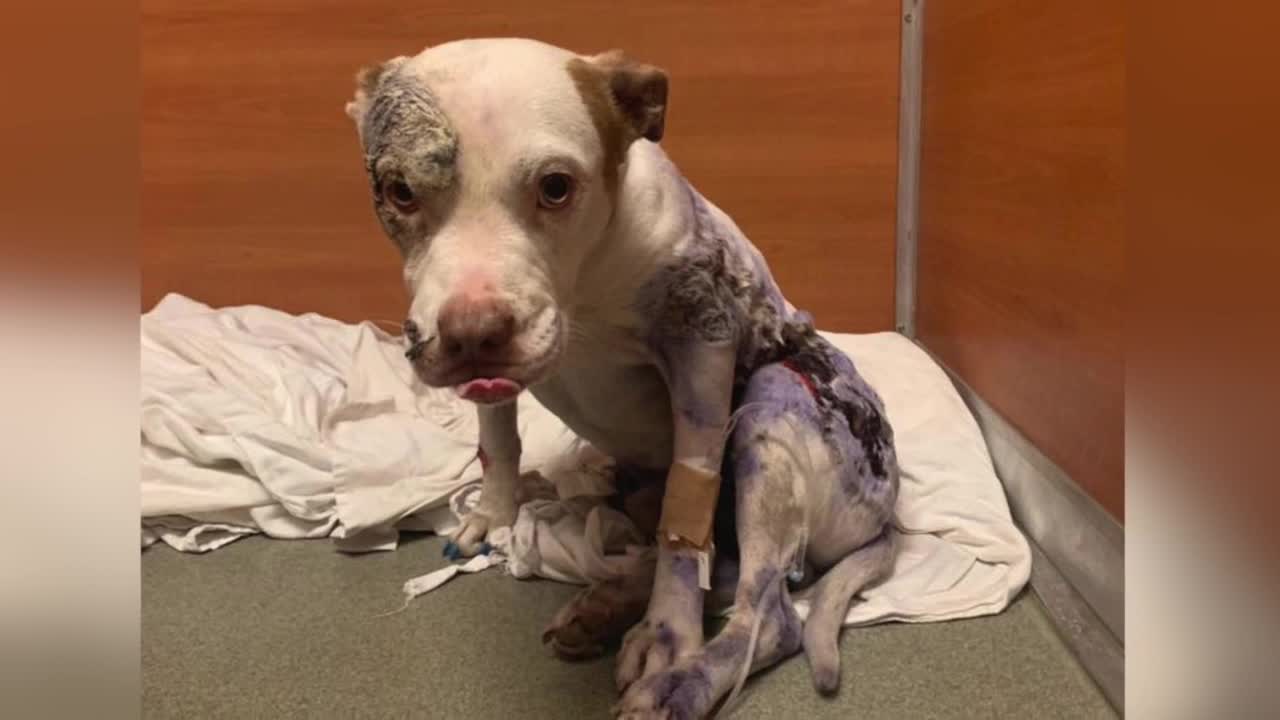 A dog who suffered horrific abuse in Miami-Dade County is recovering in Southwest Florida, and Fox 4 is taking a deeper look at what it’s taking to save his life, and how the shelter is working to pursue charges against his abuser.

WARNING: GRAPHIC VIDEO.
The above video is graphic. This dog’s injuries are gruesome, but Fox 4 felt it was important to show you where this dog started so you can understand how far he’s come.

The brown and white Bull Dog mix is now called “Gabriel the Great.” He was rescued by Love is Fur Ever Dog Rescue in August.

“Gabe kind of makes your soul fall apart, and wonder if there’s a better world out there that can be less hateful,” Dr. Thomas Jackson of Advanced Veterinary said.

He’s been treating Gabriel since August and says his is one of the worst cases he’s ever seen.

Victoria Frazier is the founder of Love is Fur Ever Dog Rescue. When she saw Gabriel’s picture from Miami-Dade Animal Services, she said she knew immediately she had to take him in.

“He was tortured in a way that… acid burns. And it was 60% of his body. Completely infected anywhere and everywhere there was skin,” Dr. Jackson said. “Both of his hips were popped out of the socket completely.”

Dr. Jackson said it’s tough to imagine how Gabriel got this way, but believes his hip injuries could be from a blunt-force object, like a baseball bat.

“Either you were hurt to the point where that didn’t hurt anymore, or you were restrained and hurt,” he said.

About six months, ten procedures, and $50,000 later, Gabriel is much improved. He has pink scars where most of the gaping holes in his body were, and has an area around his hip that’s still healing, but he is looking and feeling much better.

He had to sew buttons onto Gabriel’s skin to help close his wounds.

“We needed a way to pull skin and cover a wound. The buttons were a way to take all the pressure off of these sutures and really get some tightening of that skin.”

The buttons are gone now, and Gabriel has been living with his Foster Mom, Samantha Kellum.

“I was just at a loss for words,” she said, remembering the first time she saw Gabriel. “It’s hard to see.”

Samantha still gets emotional remembering when she drove to save Gabriel from that shelter in Miami.

“He’s healing, but he’s always going to have these scars. And nothings done to anybody that did anything,” Kellum said.

Frazier said the shelter Gabriel was rescued from and investigators in Miami-Dade dropped the case against Gabriel’s abuser.

“But that doesn’t stop us. We’re now moving forward with the State Attorney,” Frazier said.

Kellum started a petition online with more than 6,500 signatures demanding action against the person who abused Gabriel.

“Something needs to be done. Animal abuse can’t be tolerated like this,” she said.

Six months later, Gabriel still has a long way to go in his recovery. He needs more surgeries to get rid of all the scar tissue, expand his healthy skin, and replace his hips, which are still out of their sockets.

Gabriel will have the marks of his past for the rest of his life, but he proves with the right people behind you, you can survive anything. And Gabriel the Great was worth saving.

“Dogs are unconditional. They love you no matter what,” Kellum said.

"They all have a purpose, and they all hold a very special place in all of our hearts, so why not give them a second chance?” Frazier said.

For more information on Love is Fur Ever Dog rescue, click here.