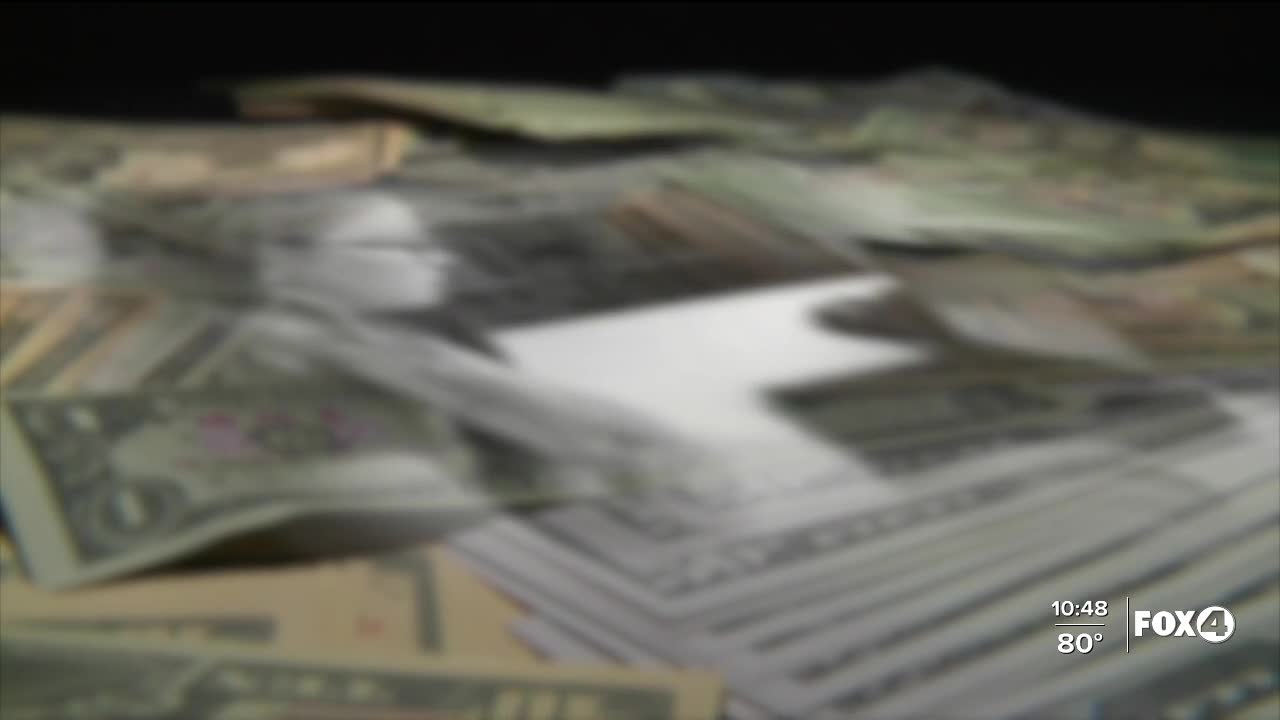 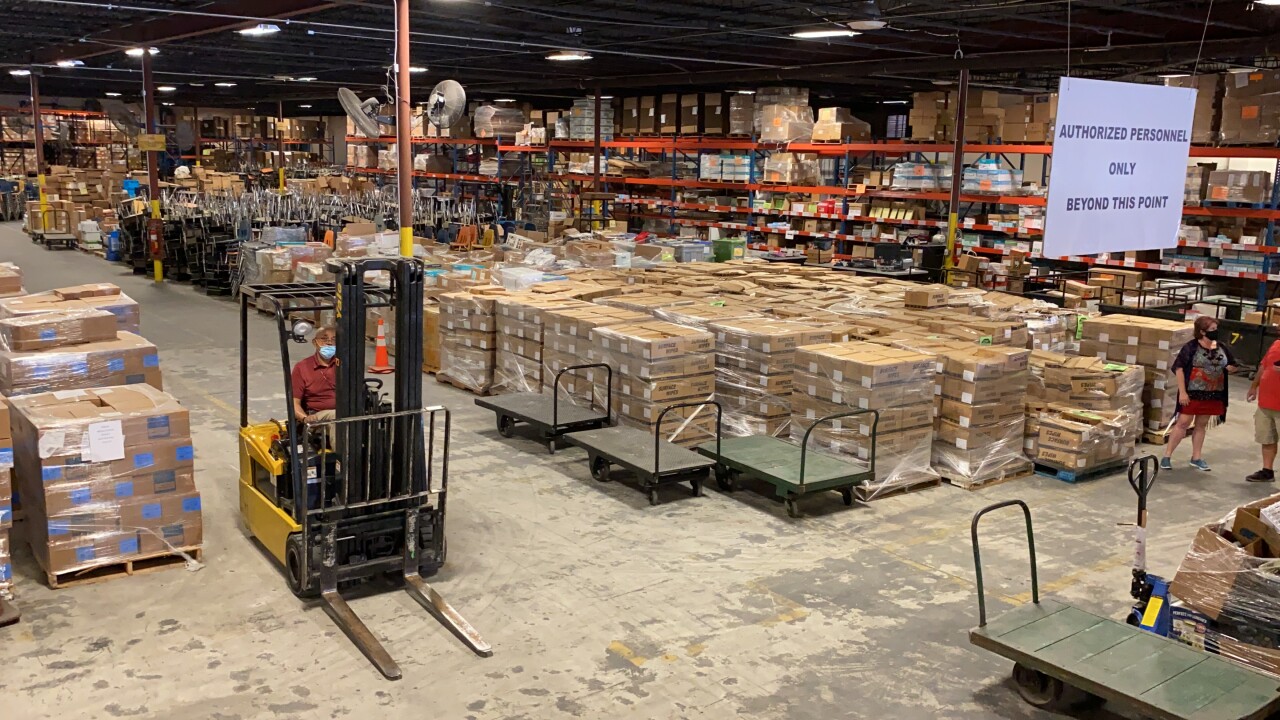 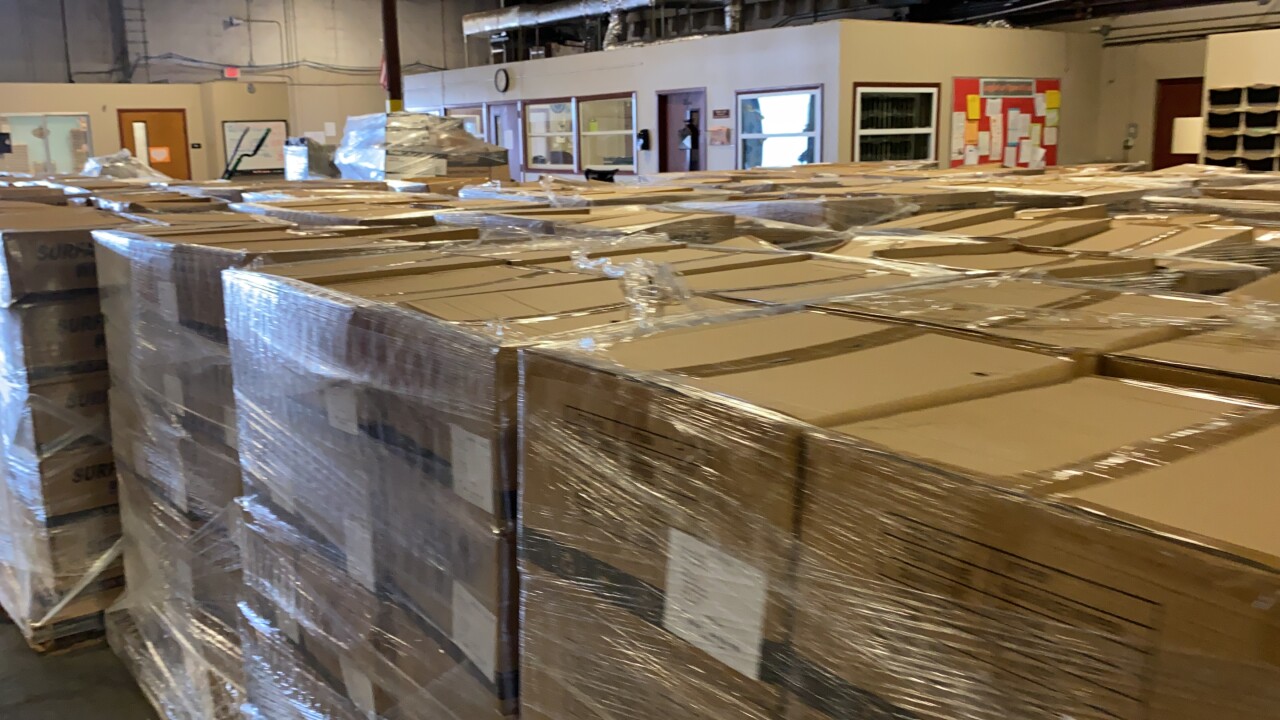 HILLSBOROUGH COUNTY, Fla. — In a school district warehouse in Tampa, boxes of personal protective equipment or PPE are being stored and delivered to public schools across the district every day.

As of Tuesday, the Hillsborough County School District’s stockpile of PPE supplies included nearly 25,000 hand sanitizers, nearly a half-million pair of gloves and one million masks.

“We wanted to make sure we stockpile as much as we can,” said the district Superintendent Addison Davis.

Hillsborough County is the nation’s 7th largest school district and PPE is estimated to cost the district up to $7 million per month according to Davis.

While federal CARES Act funding, grants and general funds will help the district pay for some of its PPE supply, the school district is looking for more money, especially as more shipments of supplies are needed.

“Right now it’s going to allow us to open in an efficient manner but we just don’t know the forecastability of the virus,” Davis said.

Across the state, the need for PPE is leaving school districts battling for more money to pay for it all.

Nearly $700 million in federal CARES Act funding has or is still being distributed to Florida school districts who applied for it. While the money can be used for PPE purchases, many districts have earmarked those funds to cover other expenses including more staff and the technology to make distance learning options work.

So school districts are seeking other sources of PPE funding.

The Polk County School District is asking the community for donations. Polk, Lee, Hillsborough and a handful of other school districts are also banking on the Federal Emergency Management Agency, or FEMA, to come to the rescue.

Last month, U.S. Senator Gary Peters, of Michigan, sent a letter to FEMA asking the agency to create a federal disaster relief fund specifically for schools. U.S. Senator Marco Rubio’s press secretary told us Rubio also spoke with FEMA leadership to try and ensure Florida schools had the funding it needed to deal with the pandemic. Neither responded to FEMA’s apparent rejection to offering reimbursements to school districts for PPE.

But money is one part of the PPE problem on campus.

“There are things that are hard to get,” said Lisa Kern, Supervisor of school nurses and medical staff for the Pasco County School District. Kern supervises 45 school nurses who cover more than 90 schools in the district. Kern worries how long her PPE supply will last and how difficult it will be to restock.

“School districts are now competing with hospitals and nursing homes and other health care facilities throughout the community that are also looking for personal protective equipment. I believe that’s going to be a struggle moving forward,” Kern said.