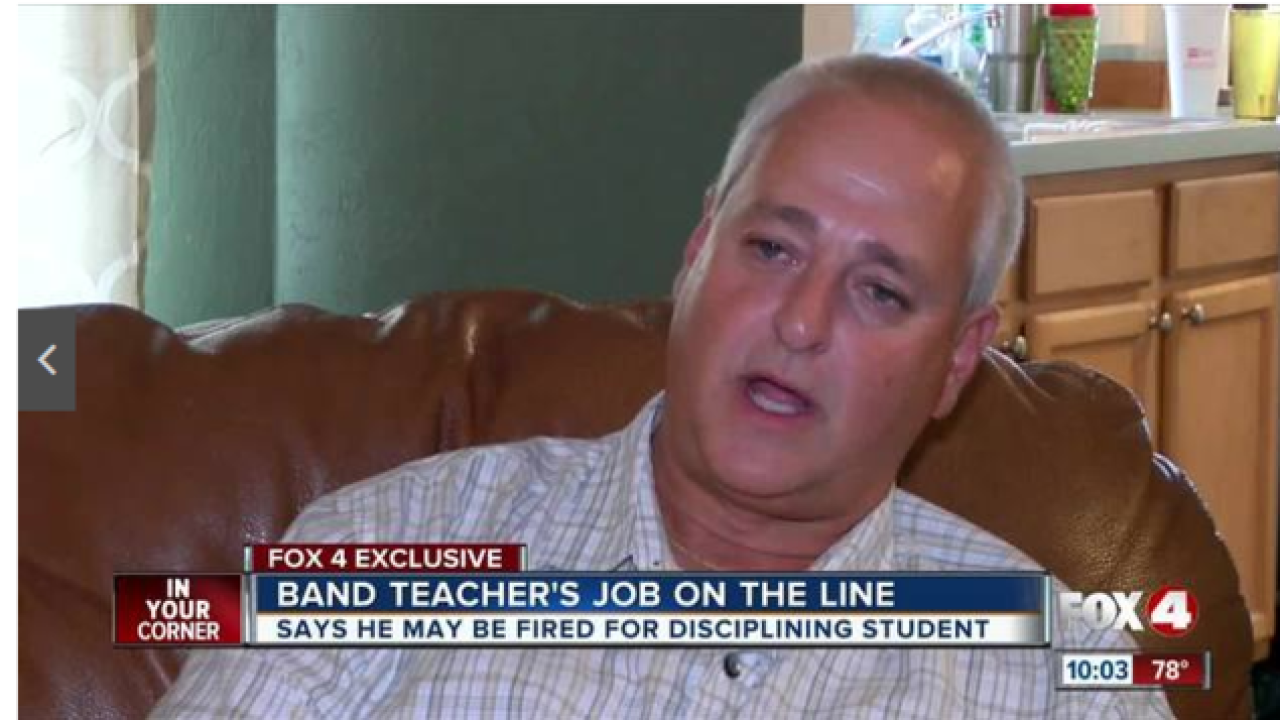 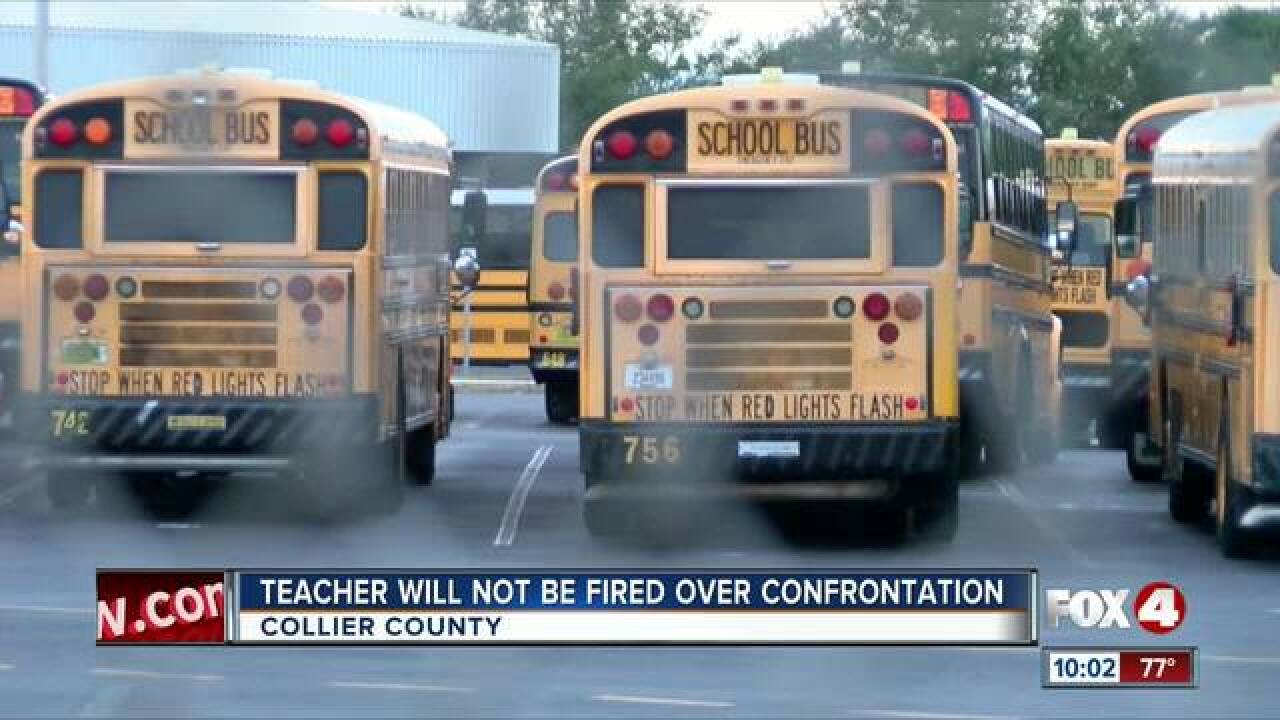 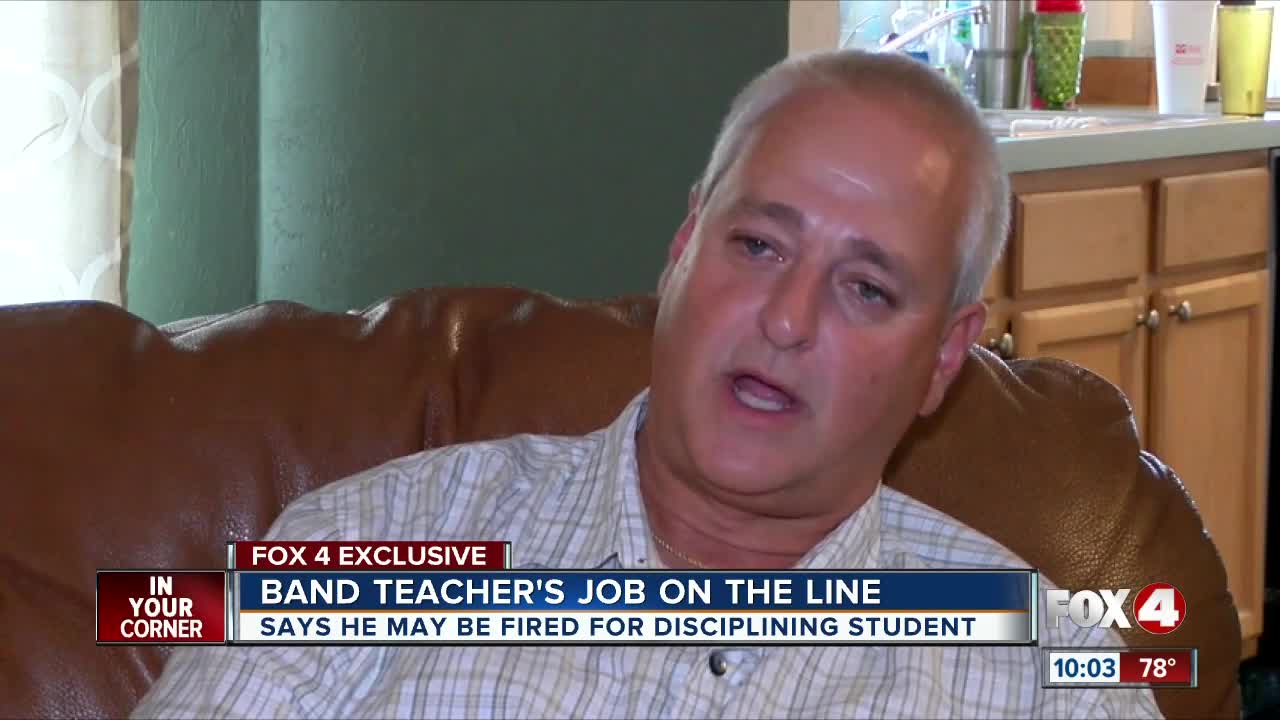 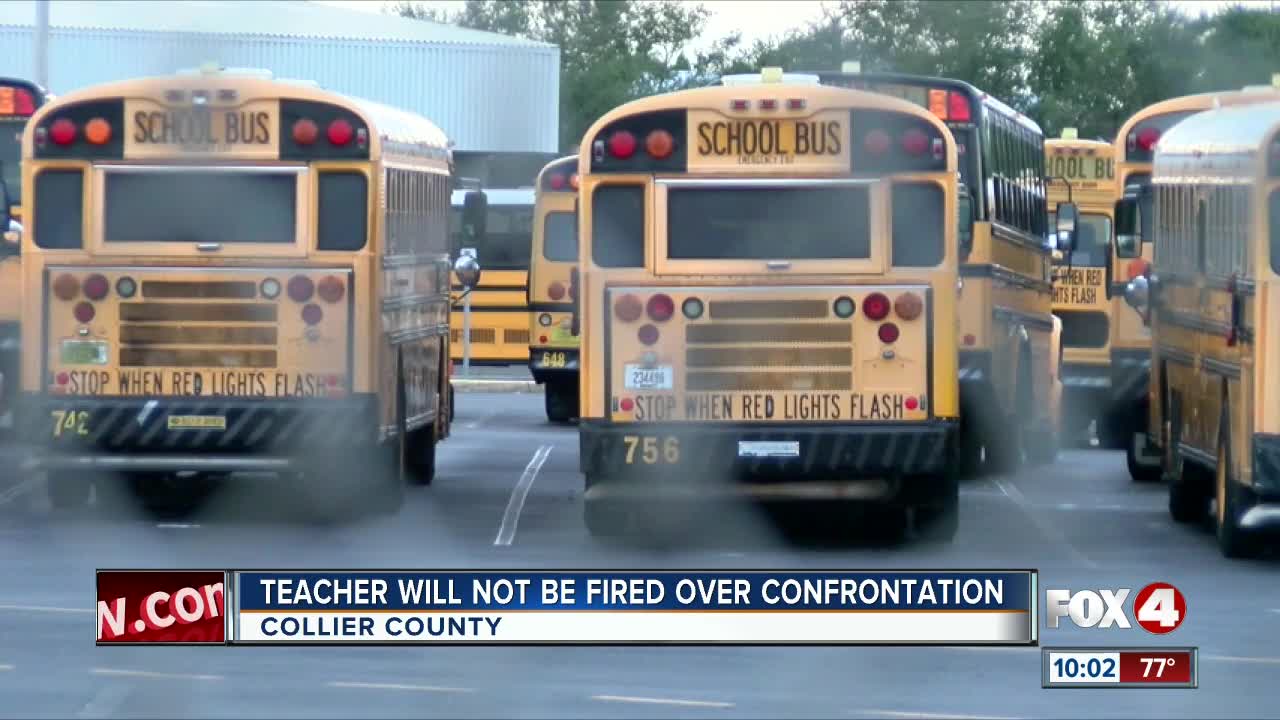 Lauster is in trouble after an incident on May 8th, when he flagged down school bus after he saw students acting out on board.

Lauster spoke to 4 In Your Corner last week, saying "Many people, including myself, feel like the punishment doesn't fit the crime."

On Tuesday, dozens of current and former students of Lauster's urged the board not to fire Lauster.

"Mr Lauster has been a huge inspiration in my life and music career," said Gulf Coast High Sophomore Matthew Johnson.

After overwhelming testimony in favor of retaining Lauster, Superintendent Kamela Patton agreed to allow Lauster to return to school in time for the first day of classes.  But Lauster was criticized for his classroom demeanor.

"Several complaints that had come forward about instructional conduct in the classroom and treatment of students," said Valerie Wenrich, a representative of Collier Schools Human Resources.

Lauster won't be teaching right away when he returns to the district, but students are happy he's back.

Lauster himself was surprised at the decision.

"You guys know I'm a man of faith, but if you don't call that a miracle, something ain't right," Lauster told students after the meeting.

Lauster's attorney says his client still may face sanctions for his actions, including suspension.