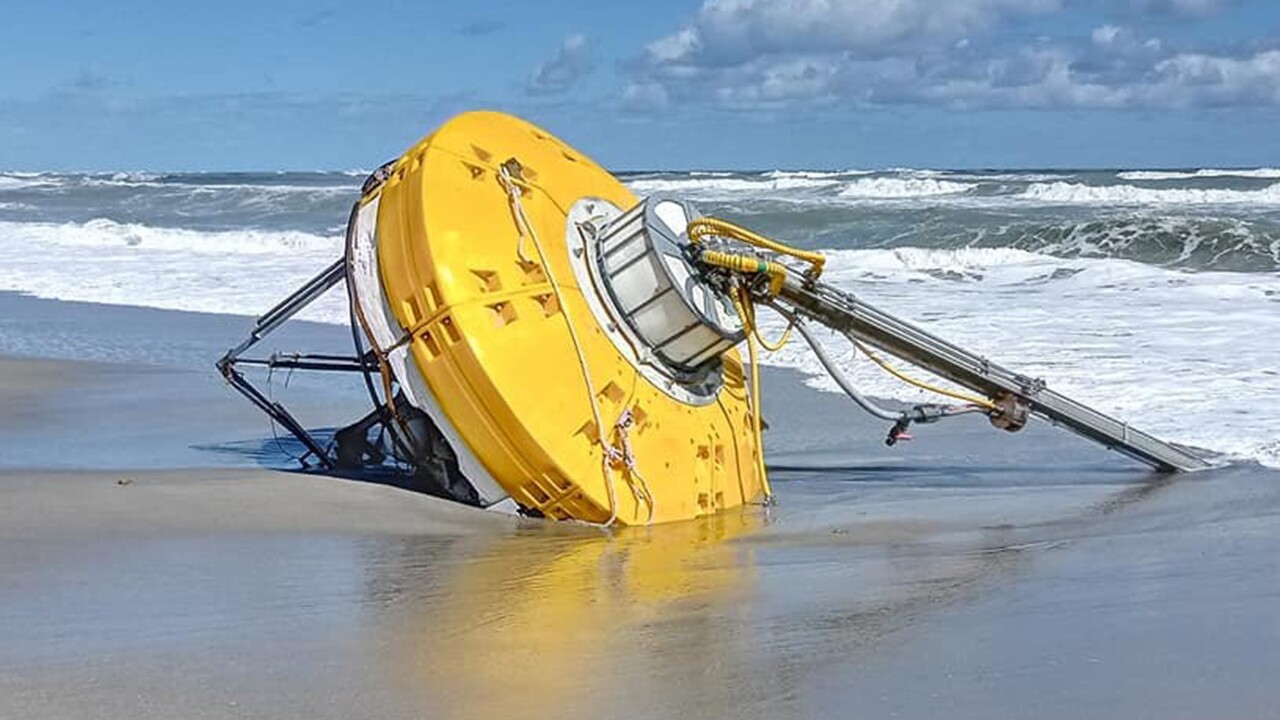 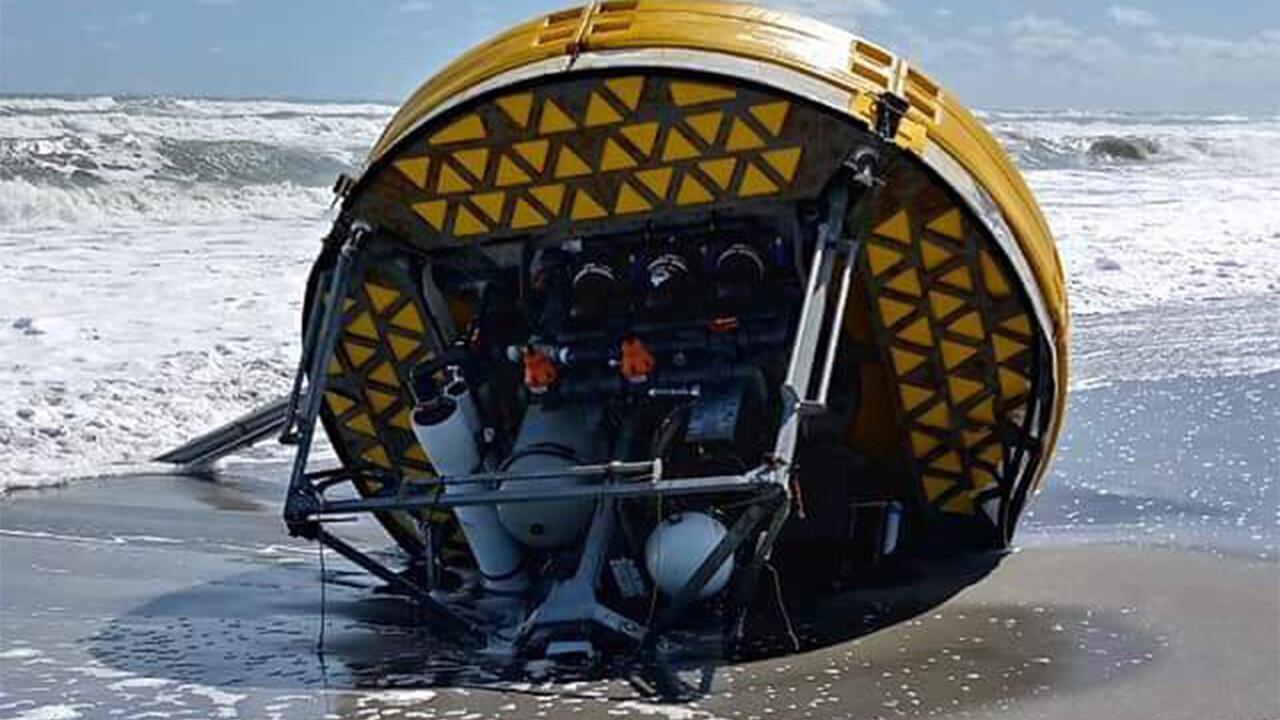 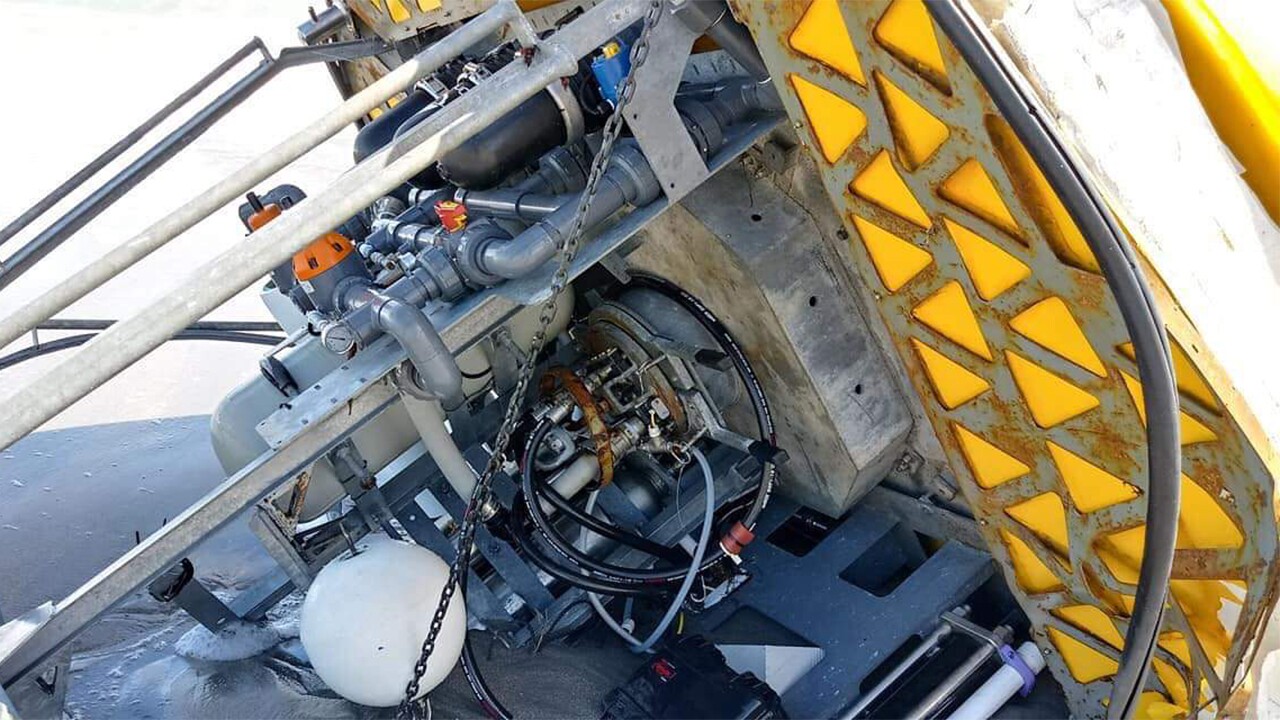 A massive and mysterious object is causing a lot of buzz after washing up on Hobe Sound beach Monday morning.

Ken Mears and Mike Gomes took pictures of the debris, which was found in the sand in the 100 block of N. Beach Road, at the north end of Jupiter island

The object has a large, round yellow top with a long metal arm coming out of it.

The underside is loaded with metal rods, wires, and chains, and there appears to be a tank attached to the bottom as well.

WPTV is working to figure out what the object is, and how crews plan to remove it.

In April of last year, a large, disc-shaped object washed up on Palm Beach and created a very similar buzz.

It turned out to be a a fish aggregating device, or FAD, which is a floating object that fishermen use to attract fish like marlin, tuna, and mahi-mahi.

Some FADs are tethered to the ocean floor with concrete blocks, while others are free floating.