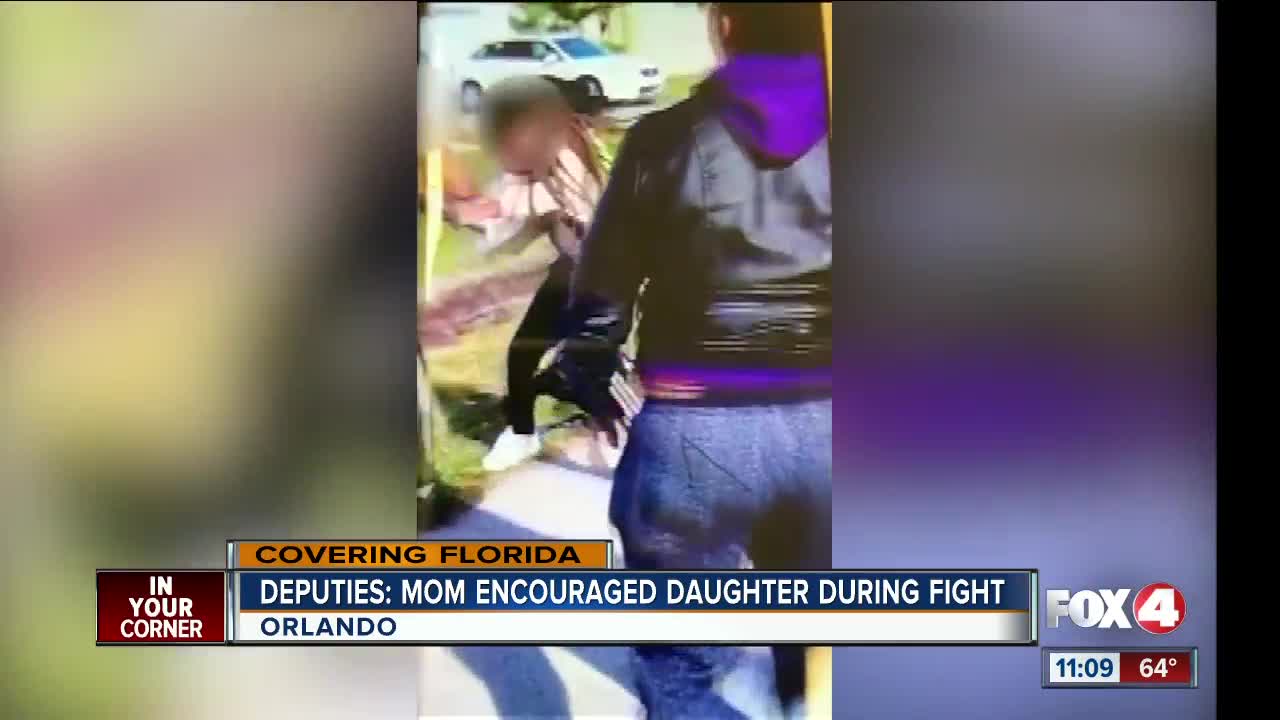 Mother is arrested after instigating fight between two teens.

ORLANDO, Fla. -- A Florida woman was arrested after instigating a fight between two teenage girls.

The Polk County Sheriff's County deputies said Giselle Reyes Felix drove a 16-year-old girl to a 17-year-old girl's home and encouraged them to fight. She then coached one of the girls during the fight. The 16-year-old stomped on the other girl's head multiple times before being stopped.

Felix faces child abuse and contributing to the delinquency of a minor charges. The 16-year-old was arrested and faces battery charges.