Pillsbury's 'ugly' Christmas sweaters sold out within a couple hours 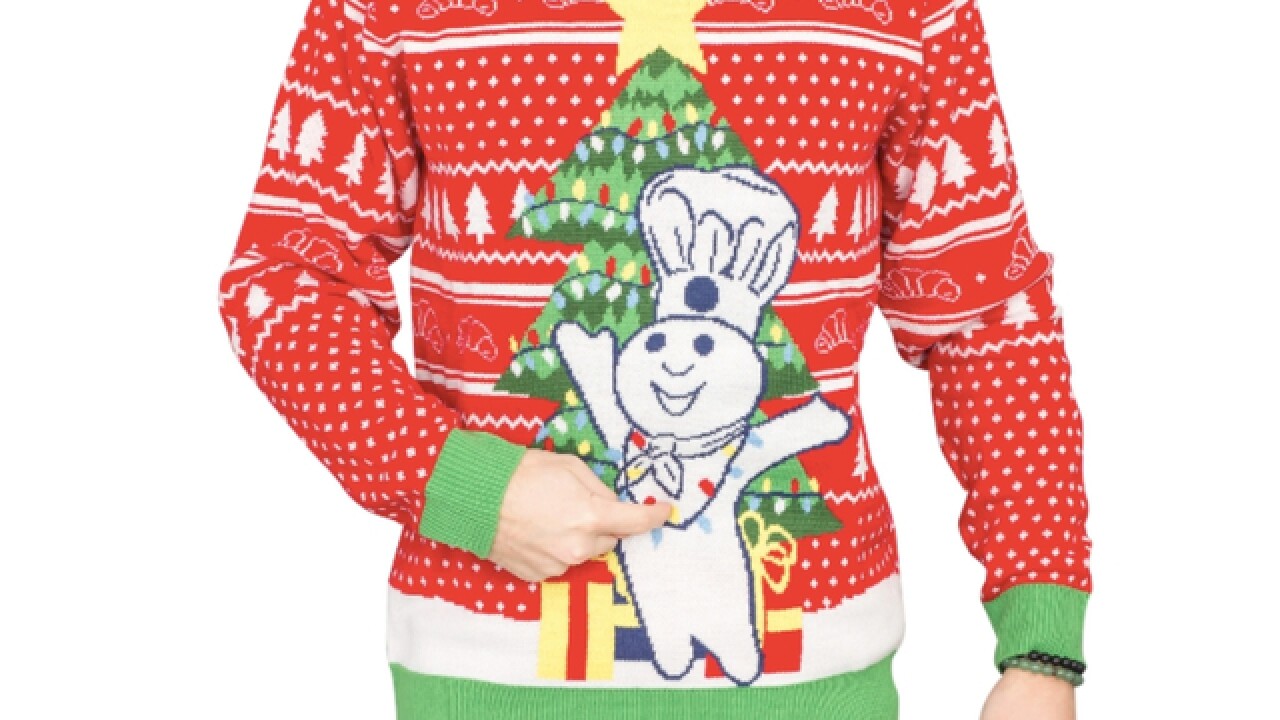 Pillsbury has released its first-ever Pillsbury Ugly Christmas Sweater holiday line. The wearables have wintery themes and bright colors and feature the brand's icons, the Doughboy and crescent rolls.

The sweaters were available at UglyChristmasSweater.com, but sold out in just a couple hours after going up for sale Wednesday, Dec. 5. However, there is still a chance to get a sweater (today only) through a sweepstake at Pillsbury.com/bakememories.

"Ugly Christmas sweaters have become a new tradition in recent years. As people celebrate Christmas, we wanted our Doughboy to join in on the fun," Cassi Dermody, marketing communications manager for Pillsbury, said in a news release.

Pillsbury is encouraging Doughboy-lovers to "don their Doughboy apparel" on Dec. 21 — which is considered National Ugly Sweater Day.